IC 391 made my list as it fits Arp\'s category for 3 armed spiral galaxies. None of the three that made his list are truly 3 armed. Like IC 391 one of the arms is a disconnected arm segment rather than an arm coming off the core or a bar. Still, it looks more like it is truly 3 armed than the three in Arp\'s atlas to my eye. It is located in Camelopardalis 12 degrees south of the north celestial pole. Redshift measurements put it 69 million light-years distant though a single Tully Fisher measurement says 83 million but with a fairly large error bar. Still, the Hubble image of it says it is 80 million light-years away. How they determine this I don\'t know. Going with the 80 million light-year distance the galaxy\'s spiral arms span some 23,000 light-years. The outer halo is some 35,000 light-years across. This isn\'t a very big spiral galaxy. NED classifies it as SA(s)c. Its core is surprisingly small, almost star-like in my image.

The galaxy was discovered by William Denning on November 7, 1890. One reference says it probably is a starburst galaxy though NED doesn\'t mention this at all. Nor does the Hubble website. It only talks about the supernova in it back in 2001. The text and HST image is at: http://www.spacetelescope.org/images/potw1105a/ . Their exposure wasn\'t sufficient to pick up but hints of the outer halo.

This field is too far north to be covered by the Sloan Survey and most others but for the 2MASS. Not one galaxy in the field but IC 391 has a published redshift I could find and with little else available on the field, not even an asteroid, this far north of the ecliptic, I didn\'t prepare an annotated image. 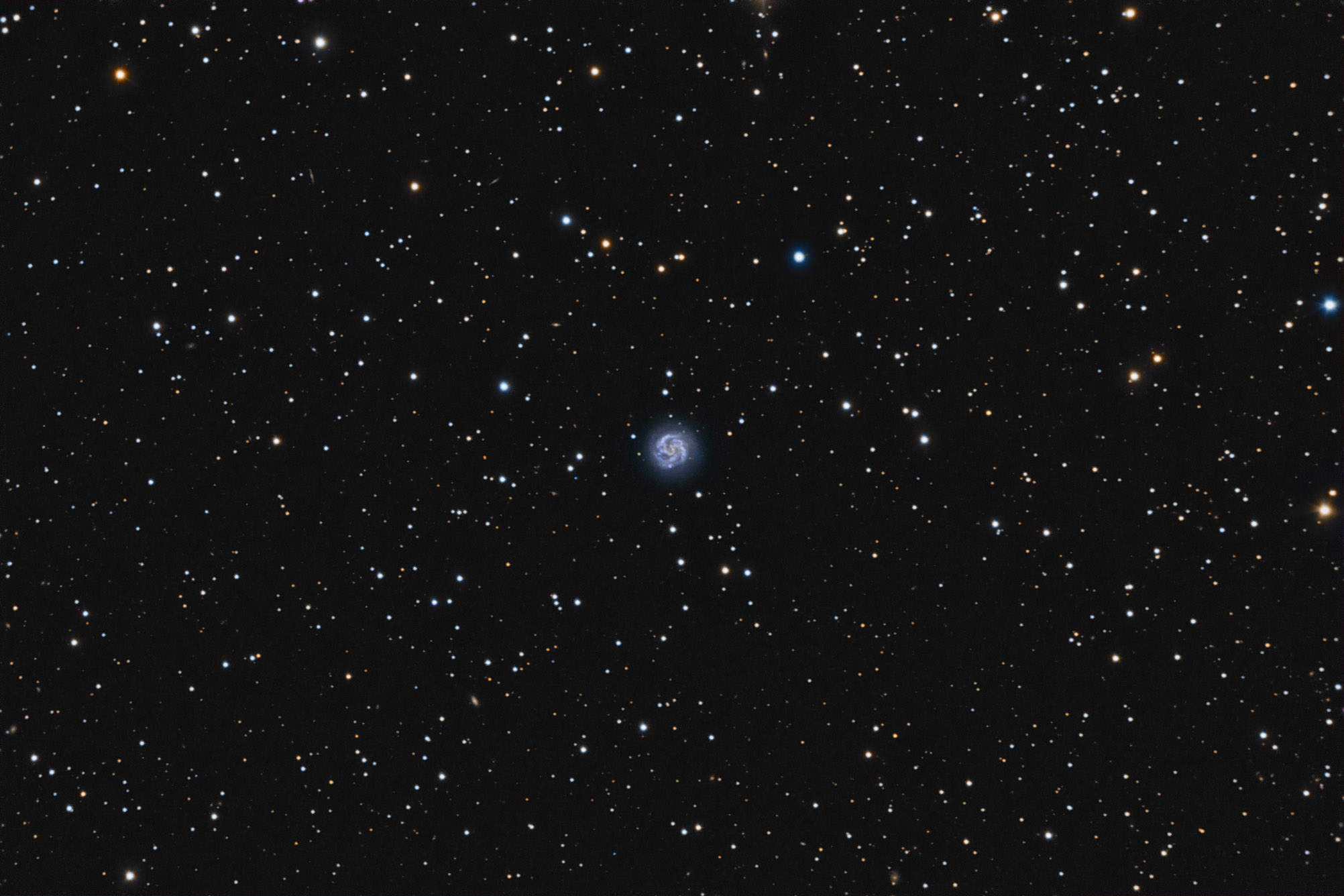 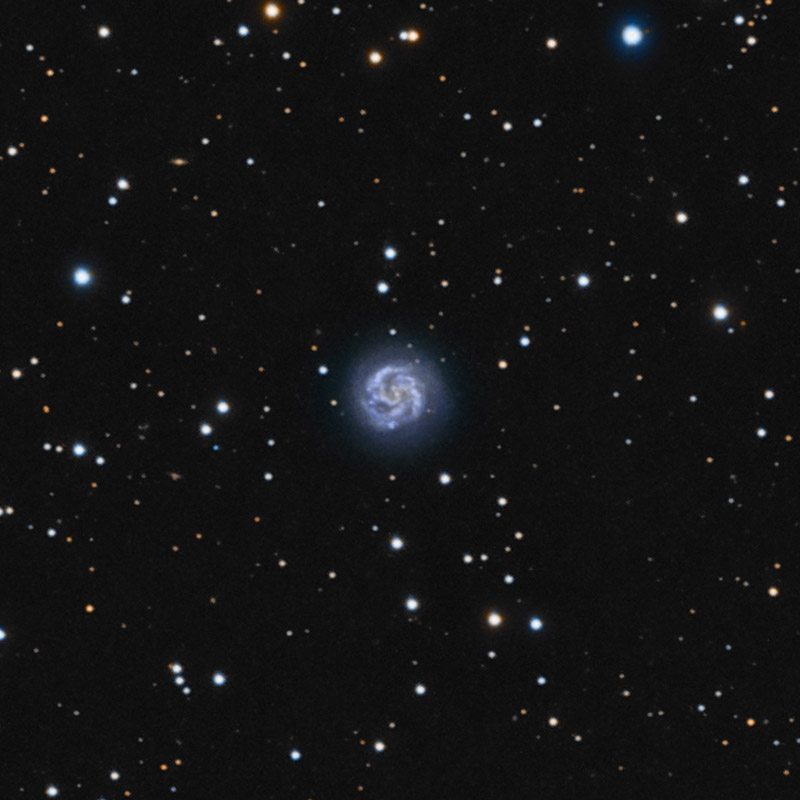