Emission nebula IC 410 with two \"Tadpoles\" and the open star cluster NGC 1893. The nebula as a huge star factory. It is lit by these stars which are the star cluster NGC 1893. Likely part of it is hidden behind the dark \"hole\" of dense dust and gas just right of the cluster we do see. The tadpoles were (million years ago) Bok Globules like I\'ve shown in previous images. But the light pressure from these stars has eroded the globules pushing their material \"downwind\" of their solar wind. Note how the two tadpoles seem to face right toward the center of the dark \"hole\" where these stars are located. Other currents from stars that formed to the side of the main cluster have created other winds that have distorted and kinked the tadpole\'s tails.

This complex is located in Auriga about 1.5 degrees south and a bit east of IC 405. My The Sky Pro\'s database equates IC 410 with NGC 1893 calling them both a star cluster and giving exactly the same coordinates for both but does not cross-reference them, treating them as totally different objects. In fact, NGC 1893 was discovered by John Herschel on January 22, 1827. He made no reference to a nebula and it is quite doubtful he could have seen it. The nebula IC 410 was discovered by Max Wolf on September 25, 1892. While it is clear he saw the nebula it appears it likely only saw the brightest parts of it as again, his scope likely didn\'t have the ability to see anything but the brighter parts. So it is certain they are different objects even if The Sky Pro is confused on the issue.

The distance to this object is hard for me to pin down. I\'ve seen values from 9,000 to 19,000 light-years. Many say it is part of the same star forming region that included IC 405. But most put its distance at only 1,500 light-years. So that can\'t be right even though they are apparently close in the sky. APOD puts it at 10,000 light-years along with nearby IC 417. I\'ll go with that until something better is available. At least they didn\'t equate its distance to that of NGC 405 as Sky and Telescope and other sites have.

This is a very old image of mine taken before I\'d moved to taking color. It is a pure H alpha narrowband image of the nebula so does dim the stars considerably. Though my processing of stars back then was awful and my tools severely limited. I only had 8-bit tools back then for example. I should redo it with good tools but that will likely wait until I collect color data and luminance info to pick up any reflection nebula component, if any. I normally only see narrow band images so don\'t really know if has any or not. Likely not nearly as much as nearby IC 405 has. 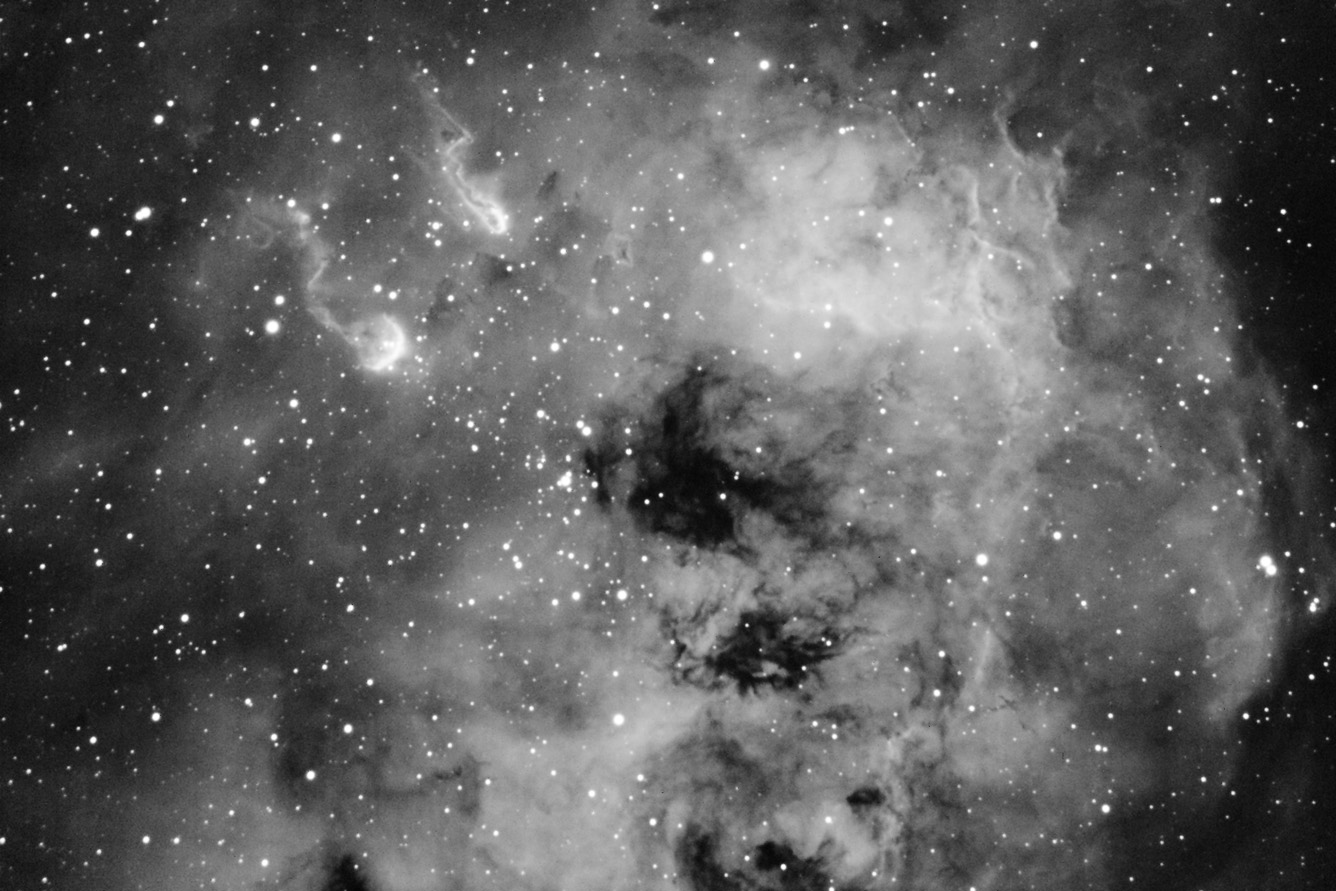