IC 466 also known as IC 2167 and CED 77 is part of a large molecular cloud in Monoceros west of the more famous NGC 2264 home of the Cone and Fox Fur Nebulae. The cloud is thought to be about 2500 light-years from us. It includes the far larger IC 447/2169 (another IC entry that has two numbers) and NGC 2245 and NGC 2247. While I\'ve taken IC 447 my field is too small to mosaic the two without a third frame between the two. I\'m yet to work on the two NGC objects which will fit one field. They were on the list for 2013 but the weather had other ideas so it never happened. Also in the image is the dark nebula LDN 1607 and vdB 79 and a lot of Young Stellar Objects marked in the annotated image. Both IC numbers are due to its discovery by Edward Barnard. First on January 24, 1894 then sometime after 1895. The first entry is responsible for the IC 446 entry.

While it might appear the bright star in the center is the illuminating star The Sky puts its distance at a mere 66 light-years so it lies well in front of the nebula. SIMBAD identifies the illuminating star as VY Monoceros. This is the very orange star at the edge of the dark nebula below the main part of the nebula. A red star illuminating a reflection nebula? Nope -- it\'s not red! It is a 09 star, so blue much of its light is in the ultraviolet part of the spectrum. It is apparently red only because it is severely buried in the dust of the dark nebula it is nearly hidden behind. Appearances can be very deceiving it seems. This dark cloud likely hides much of the reflection nebula as well.

I caught two asteroids, (111762) 2002 CL131 at an estimated magnitude of 19.2 to the southwest of the nebula just above the dark nebula and the far more interesting (to me at least) asteroid I call Frankenstein\'s grandmother\'s asteroid. It\'s at the top center of the image. It carries the official name of (90481) Wollstonecraft and is at an estimated magnitude of 18.2 according to the minor planet center. So why do I call it Frankenstein\'s grandmother\'s asteroid? Those up on English literature likely know. For those that don\'t here\'s the connection which I found quite interesting.

I\'ll start with its naming citation:
\"(90481) Wollstonecraft = 2004 DA
Mary Wollstonecraft (1759-1797) was a revolutionary champion of gender equality. Arguing that the rights of women, as those of men, rely on intellectual, economic and legal autonomy, she challenged the mores of her time and influenced feminist thought for centuries.\" That\'s quite an understatement if you look up her biography.

Does that help? If not I\'ll continue. Mary Wollstonecraft died at age 38, 10 days after giving birth to her only legitimate daughter, Mary Godwin. You likely know Mary Godwin by her married name, Mary Godwin Shelley -- the author (mother) of Frankenstein!

See what you can learn when you research your images! You may get an unexpected lesson in English literature. 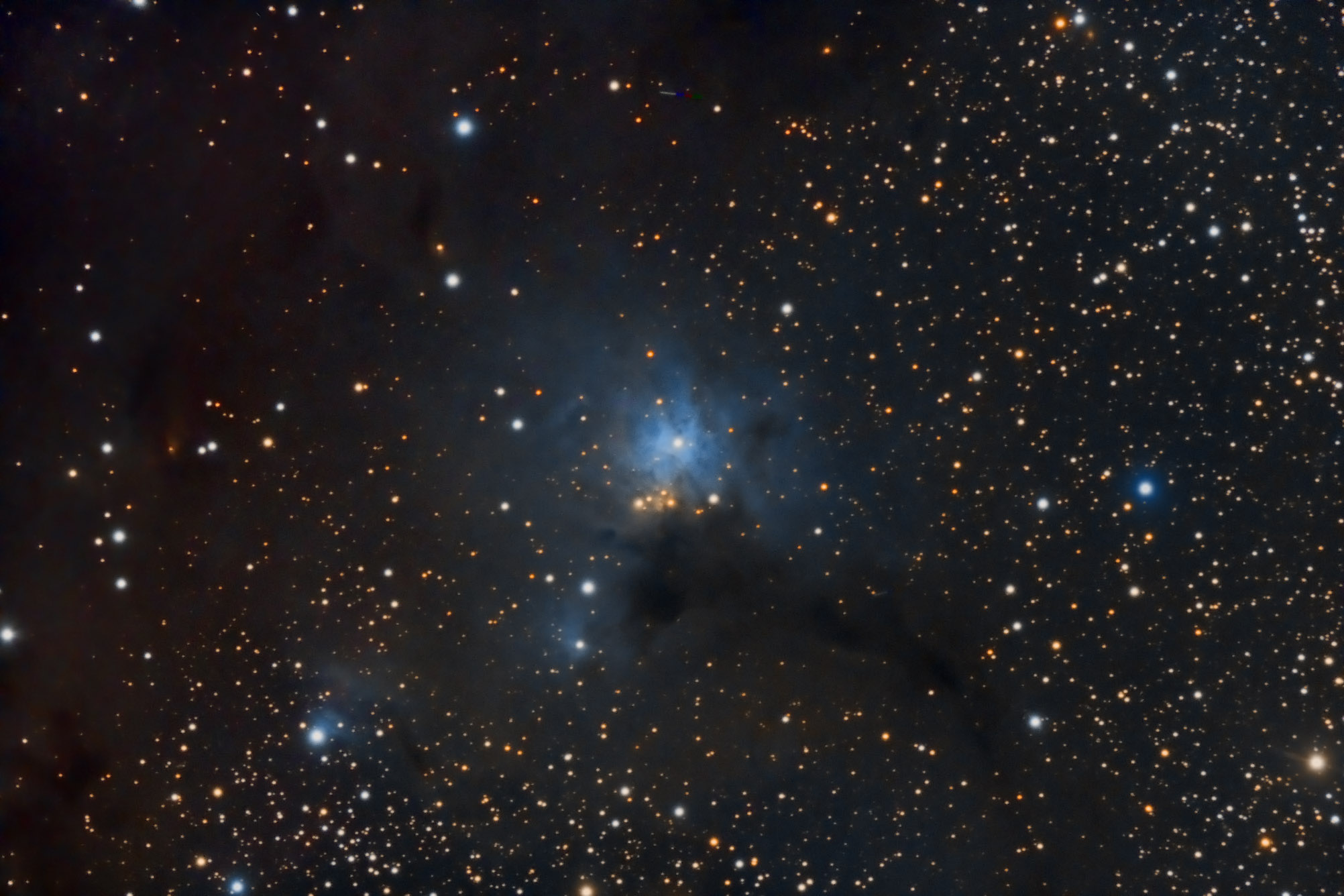 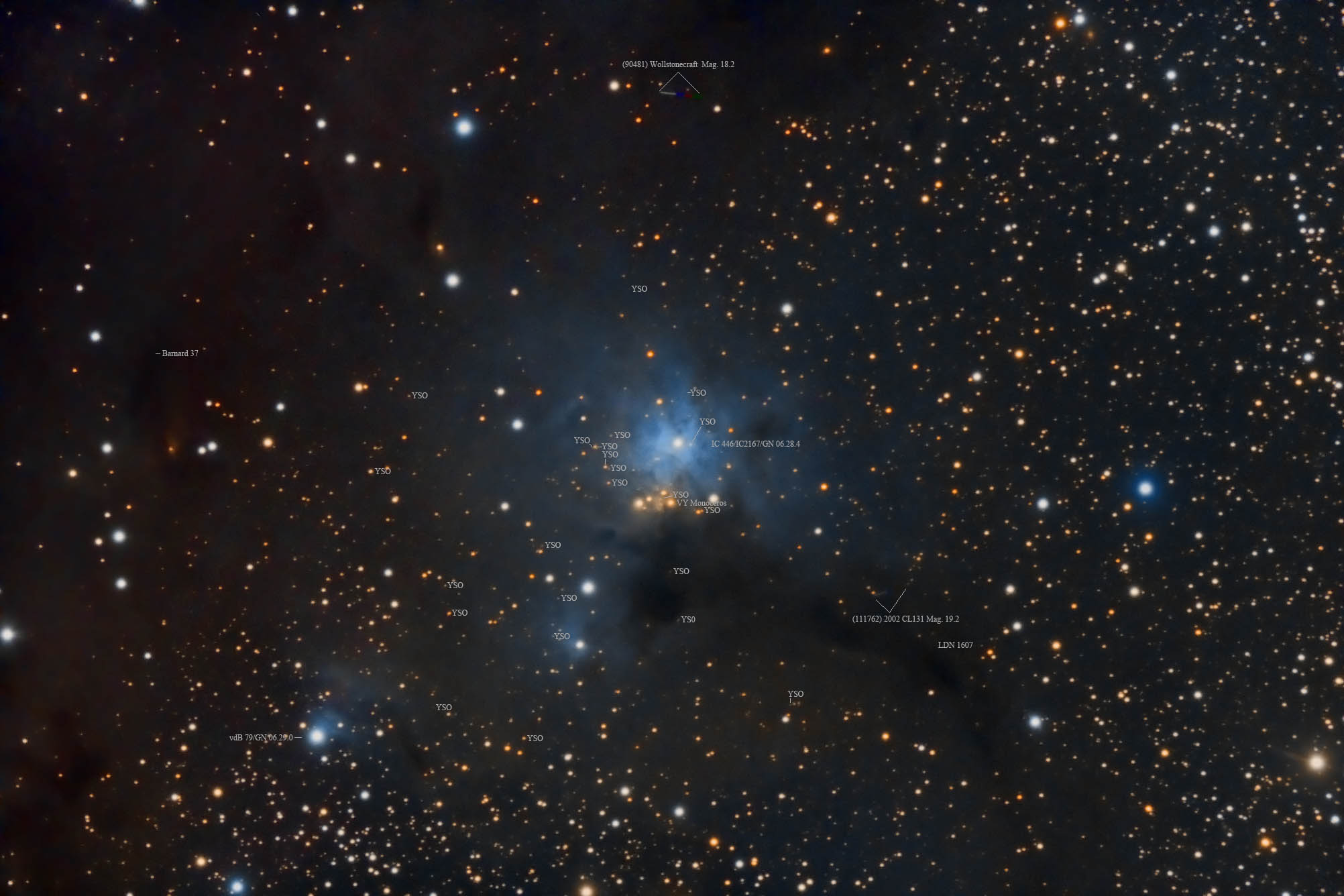