IC 529 is a nice spiral galaxy in Camelopardalis that might fit Arp\'s category of spiral galaxies with three arms. It is about 110 million light-years distant both by redshift and the median value of 17 other distance measurements, mostly Tully-Fisher. That gives it a size of about 125,000 light-years, a good size spiral. It was discovered by William Denning, an English astronomer in 1890 using a 10 inch Newtonian reflector, much like many amateurs of today use. He found 18 IC objects, 15 galaxies, two open clusters and one planetary nebula between 1890 and 1892.

Arp considered three armed spirals to deserve their own category but then only put three in it. The third arm in all appears more like an arm segment as does the third arm here though in this case, the segment is longer and brighter than either arm coming out of the core.

The field contains the rather nearby Abell 765 galaxy cluster. NED lists it as being 30 minutes across which is larger than my field though it appears all members are in the left half of the image. The label for it is centered on the position NED gives for the cluster. It is listed as richness class 2 which is Abell lingo for clusters with 80 to 129 galaxies. NED classes it as Morphology class III (BM). This is using the Bautz-Morgan classification scheme in which III is midway between a cluster dominated by a huge cD elliptical galaxy and one with large spiral galaxies and having no \"remarkable\" members. NED puts the cluster at nearly 1.7 billion light-years though all the members NED has a redshift distance for are listed as being a bit more distant, more like 1.8 billion light-years. The few galaxies NED had redshift measurements on all appear to be members of the cluster but for IC 529 making it a rather lonely galaxy, at least at my image scale. This far, north 73° 45.5\', redshift data is usually rather hard to come by. Thus there are a lot of galaxies not included in the annotated image as they often weren\'t even in NED, at least as galaxies and if they were had no useful data.

Seeing was highly variable creating major issues when it came to color data. Red was taken last while conditions were deteriorating since it is supposed to be least bothered. But during the exposure seeing created some nasty distortions the likes of which I\'ve never seen. It set off an alarm waking me so I came out and watched the red get clobbered. I tried to process as much of the red flares out as possible but some still remain. Fortunately, the luminance was taken under somewhat better conditions but oddly some stars were randomly elongated. The temperature dropped from -18C to -33C while this was taken. I assume that sudden drop had a lot to do with these issues. RegiStar worked overtime trying to correct the image scale of every frame. I picked one in the middle of the temperature drop as the reference. I don\'t know if that was the best choice or not. I\'ve never dealt with such a drop in only 2 hours before. As I was running the camera at -35C it finished at 1% cooling power! Often that dropped to 0% but the darks worked well so I got away with it. 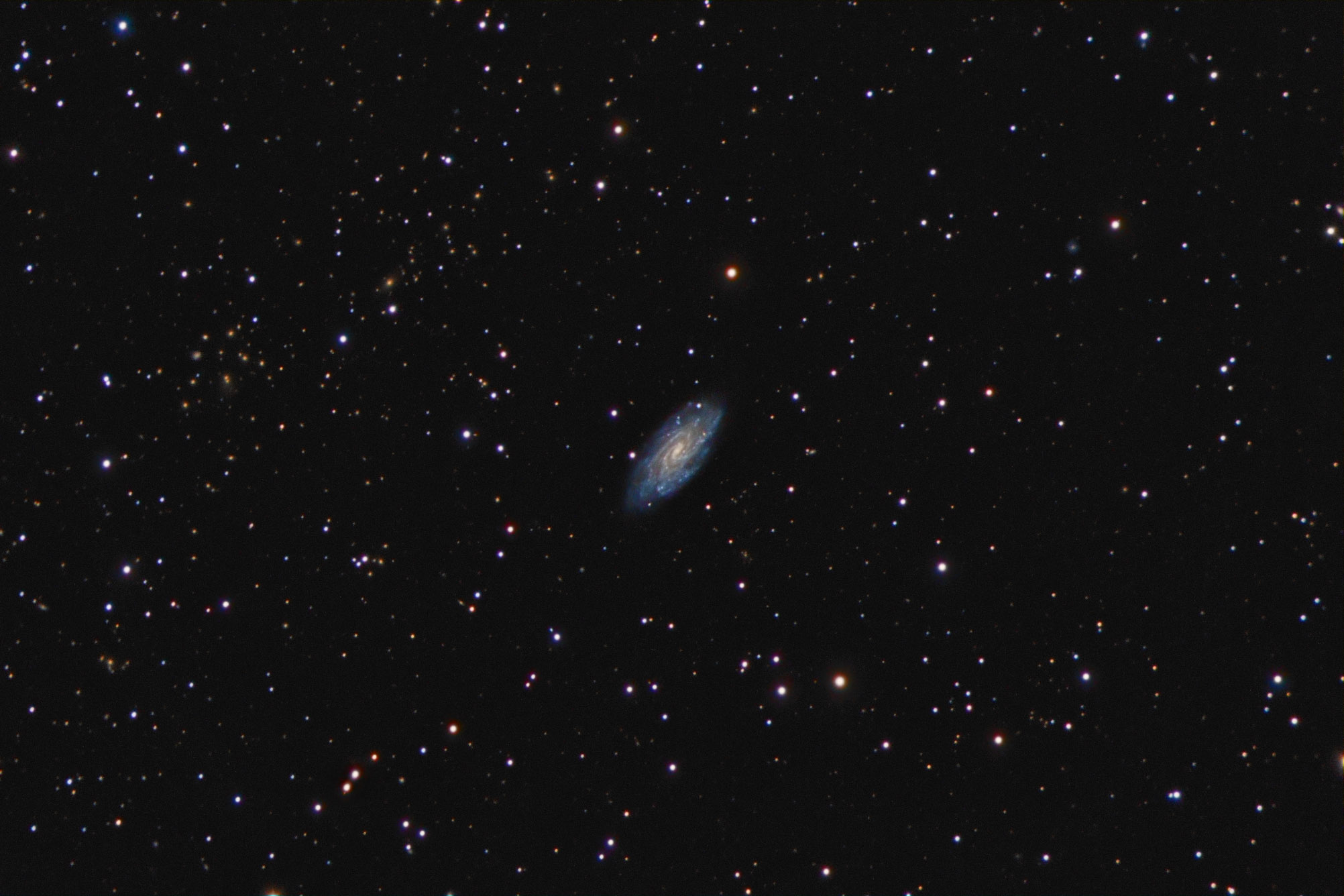 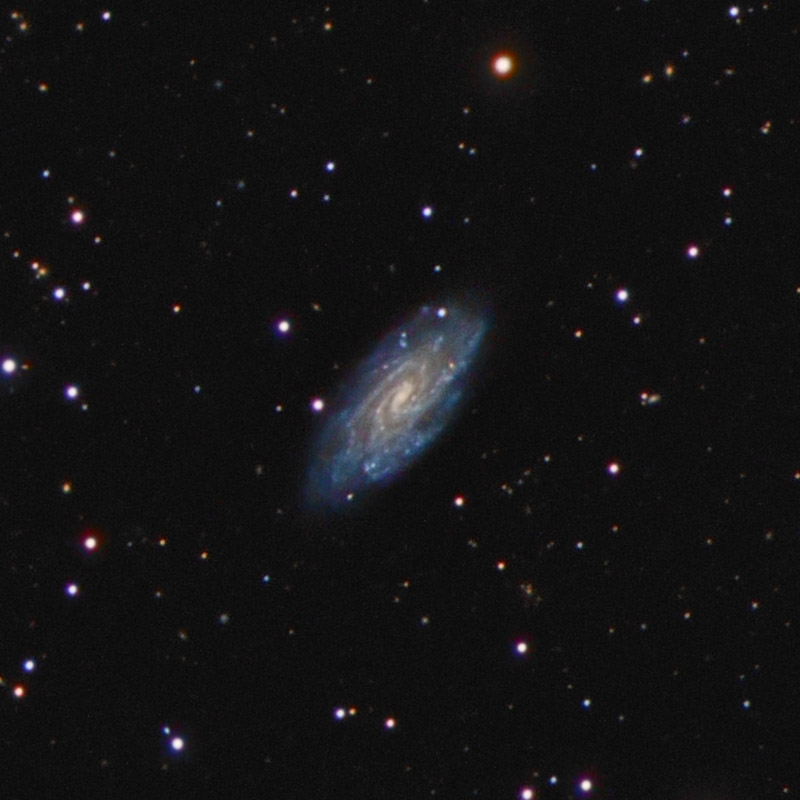 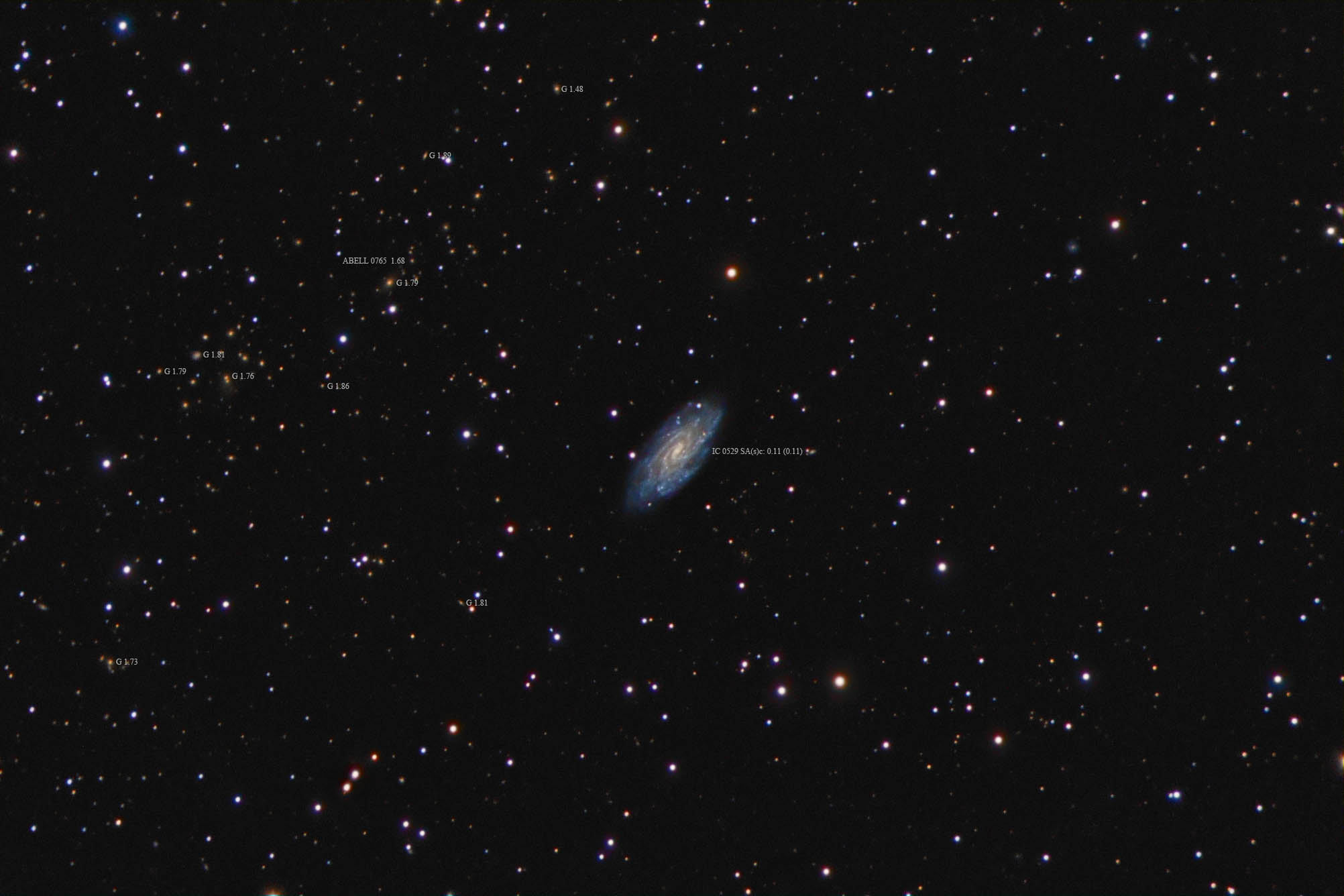