I found little on IC 614 other than it is a Seyfert 2 galaxy. It is likely that its Seyfert core and ring structure are the result of a collision or merger in the not too distant past. Unfortunately seeing was awful this night and much of the fine detail in the ring was lost. The red frames were unusable so I retook them on another night that was no better. I ended up using one from each night but the results aren\'t very good. Yet another for the reshoot list that likely will never happen. I was taking red last on such nights as it is supposedly less bothered by seeing. Unfortunately, it hasn\'t worked out well for me.

The galaxy was discovered on May 3, 1893 by Stephane Javelle who is responsible for much of the IC catalog having discovered over 2000 nebula of which over 1400 are IC entries using a 30\" refractor at Nice Observatory. He died at age 52 in 1917. I wonder if he was a victim of the 1917 flu epidemic that killed millions worldwide? He was an accountant before becoming an astronomer. Being a long retired CPA I have to like this guy.

Quite a few objects are identified in the annotated image but none are quasars for some reason and most are rather close with only three over 2 billion light-years distant. One asteroid is in the image to the lower right. It was virtually at the end of its retrograde motion so moved only a few seconds of arc. I\'d have mistaken it for an anonymous galaxy except its position is exactly matched the predicted position and nothing is seen there in the POSS plates.

The largest galaxy in the image is CGCG 009-042, a massive elliptical at 430 million light-years. At that distance, it is over 160,000 light-years across. Its gravity may be anchoring this group to some extent. 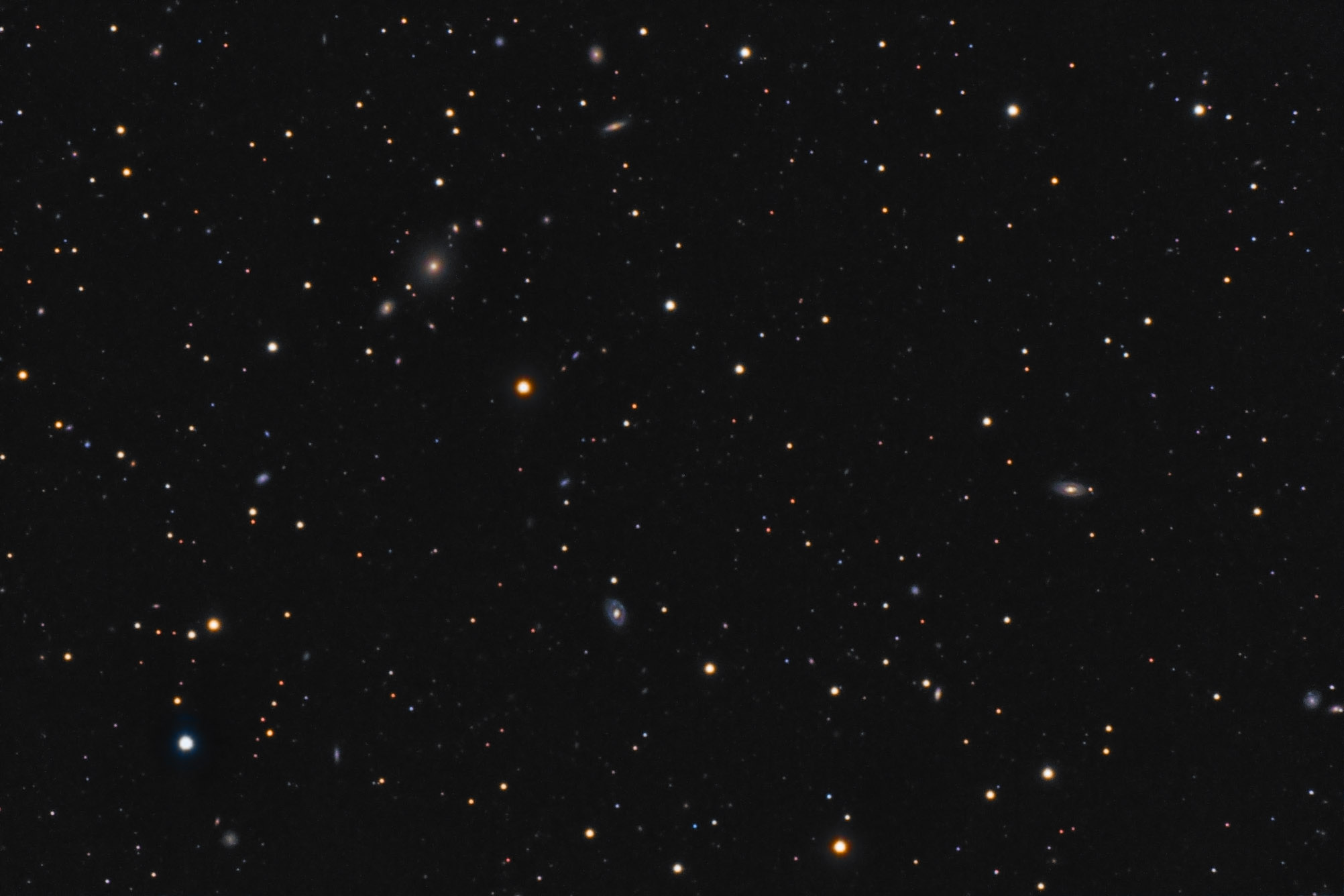 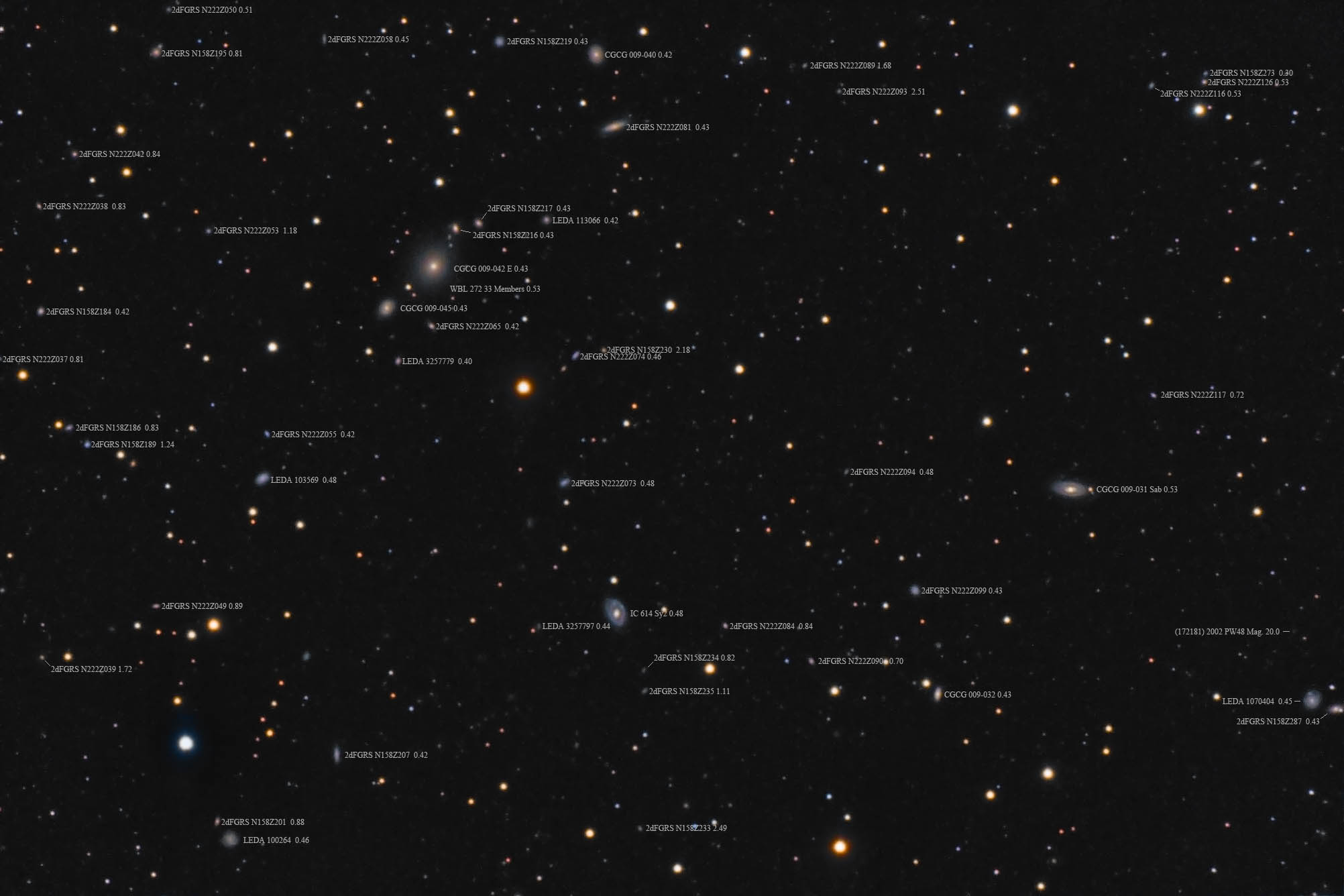 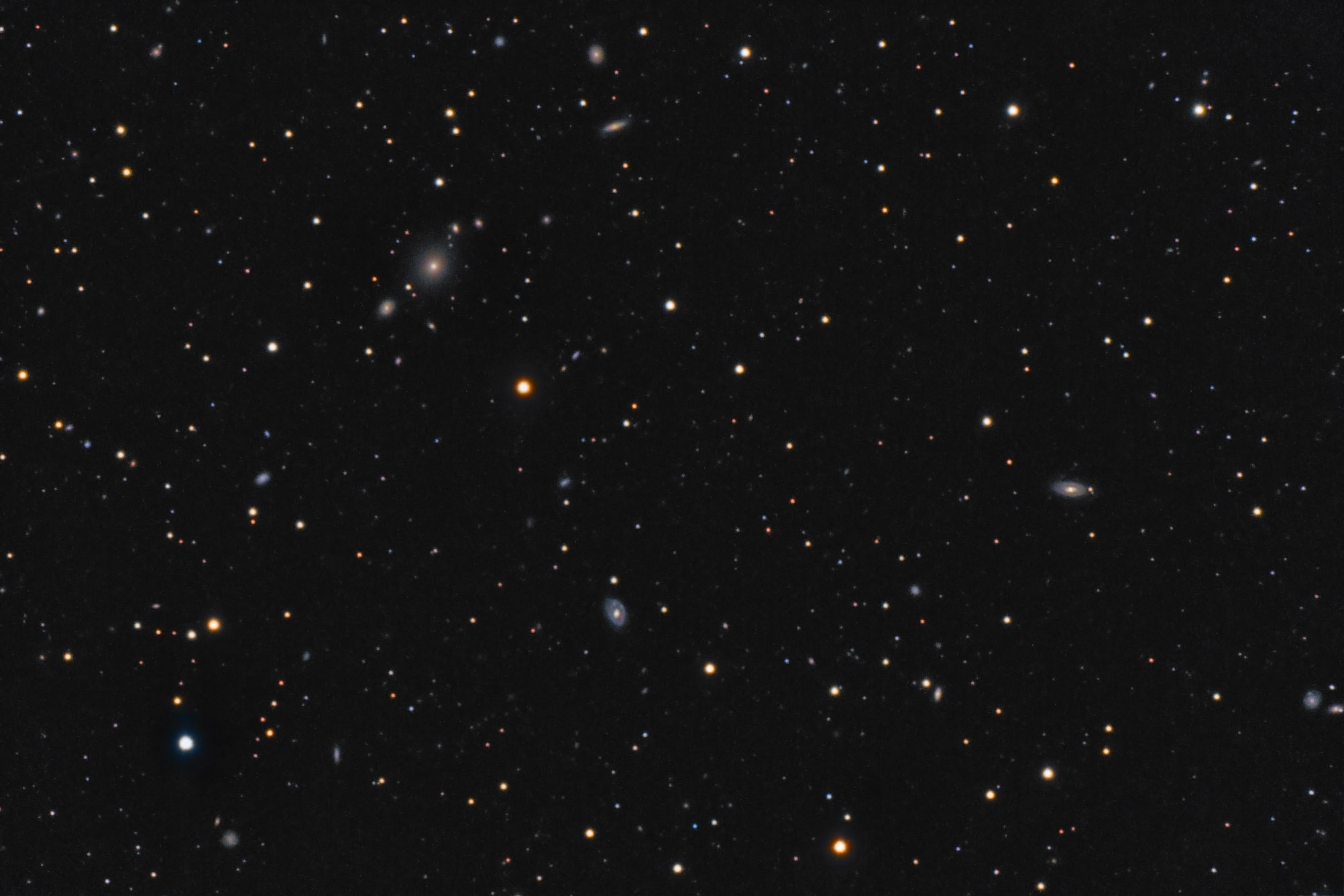