IC 620 is one of a pair of interacting galaxies about 470,000 light-years distant. The Sc galaxy is located in Leo about 6 degrees east of Regulus. The pair is known as CGCG 065-055. Three starlike blobs are seen in IC 620 while one is in the companion. Of the three in IC 620 two are to the west of the core. The lower is listed by NED as a possible QSO candidate. The one to the north and the one north of the galaxy\'s core are listed as rejected QSOs. The one in the companion southwest of its core is brighter than the other three yet not listed at NED at all. Are they just field stars or star clouds created by the interaction between the two galaxies? I couldn\'t find anything more on them. The galaxy was discovered on March 31, 1892 by Stephane Javelle who described it as \"very faint, very small.\" He made no mention of the companion. Thus only the one makes it into the Index Catalog. It is listed as Sc by NED and Sbc? by Seligman.

To the northeast of this pair is another pair. ASK 379089.0 and an apparent companion to the west with a super blue star between them. But it too is a galaxy according to NED. Unfortunately, only the eastern one has a redshift measurement. Are they all related or just three arranged by chance in this tight trio? Another unanswered question. Why is the middle one so blue? I\'ve got lots of questions with no answers.

North of IC 620 is a strange ringed galaxy ASK 379380.0 listed as S0^- with no mention of a ring. It is listed as having an AGN and is at the same distance as many in the image. I suspect the ring structure is due to a collision and possible merger with one of the other galaxies in the group. Again, nothing on it as I couldn\'t find anything referencing the ring. It\'s very faint but real.

IC 620 is part of the WBL 279 galaxy group at 480 million light-years. NED lists only 5 members but there are many more with redshifts in that range in my image. On the eastern side of the image is the Abell 1042 galaxy cluster at 2.25 billion light-years which is listed as being 18 minutes in diameter meaning it extends well to the south and east of my frame. NED lists what appear to be sub-clusters in it with similar distances. I\'ve labeled them in the annotated image. While I didn\'t find a group name at NED there appears to be another galaxy cluster or group toward the southwestern part of my image at 1.48 billion light-years. Possibly part of this group is an object NED lists as both a quasar and a galaxy. It shows some size even at my resolution and seems way too faint for a quasar at that close range. But it may be well shielded by dust in the galaxy. Also part of this group is what may be an interacting pair near the southern edge of my field. Only ASK 379100.0 has redshift data so again another unanswered question.

This was taken one of the very few good nights I\'ve had in over a year. I used to have them as the norm, not the exception. I hope this means things are getting better. I\'ll find out as I process more March images. 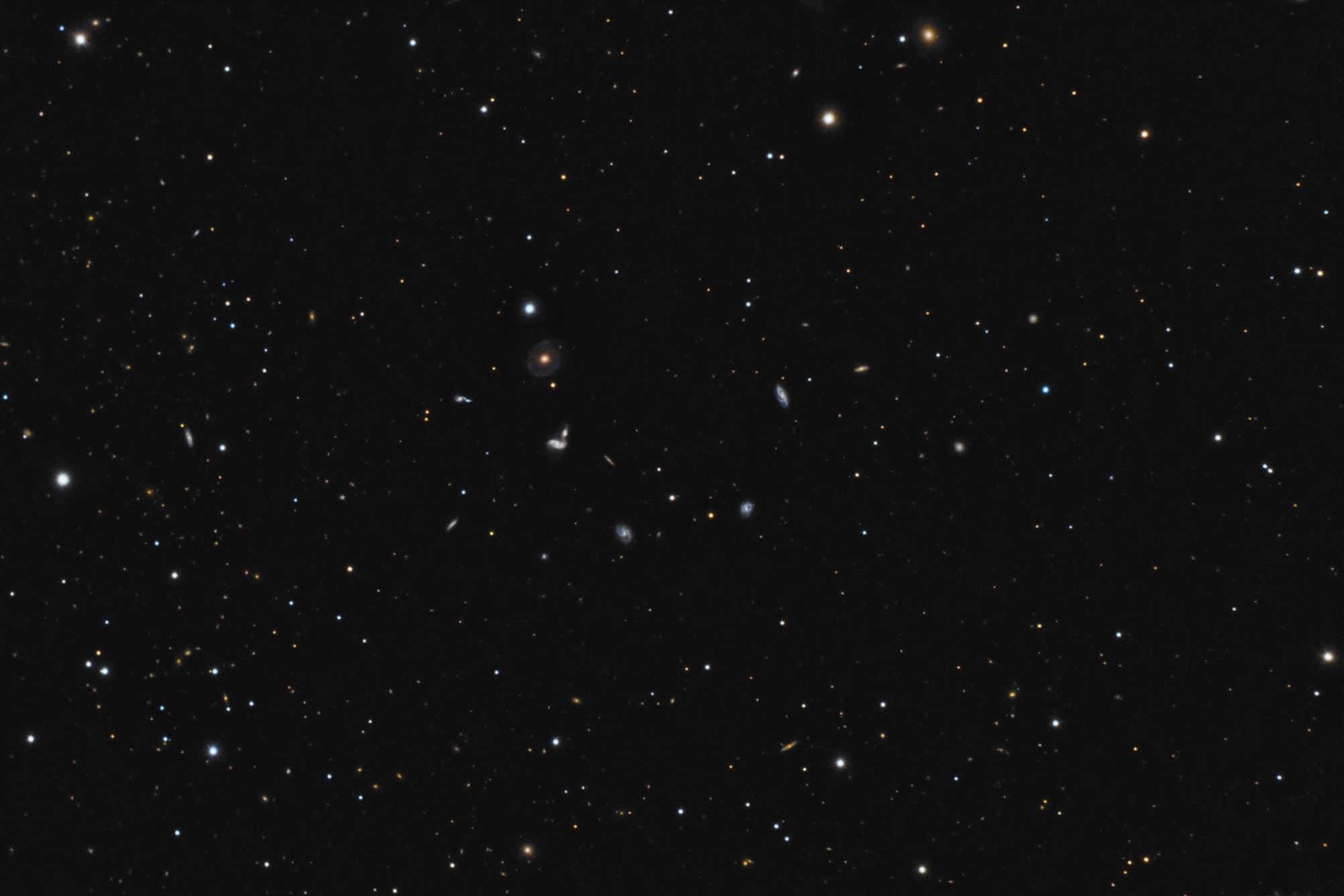 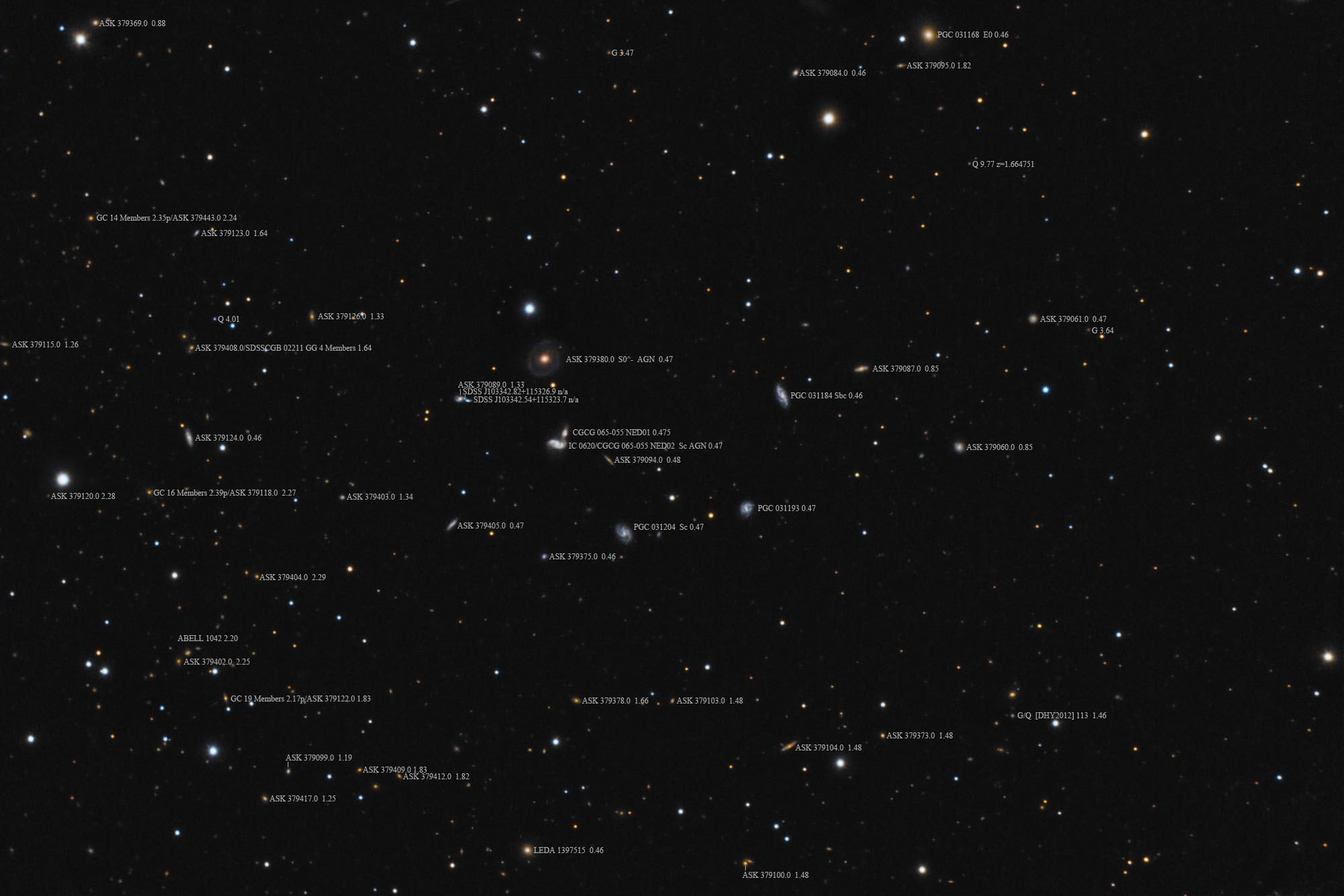