IC 0849 is a SAB(rs)cd pec? face on spiral galaxy in central Virgo about 260 million light-years distant by redshift and 300 million by analysis of a type II super nova\'s light. It has a rather ragged appearance with its arms made up star clusters. At first glance the nucleus appears off center but when the faint outer arms are considered it is seen that it really is in the center. It appears to have several companions with similar redshift including IC 850 which is an edge on galaxy classed as Sd pec. Oddly no dust lane is seen in it as is usually the case with edge on spirals of its classification. Several dwarf galaxies at the same redshift can be seen in the field including LEDA 1130374 and LEDA 1133258 and the very small 2dFGRS N258Z049.

I moved IC 849 a bit west to make room for CGCG 016-007 a narrow line AGN at almost the same redshift as IC 849. But it was larger than I expected or I didn\'t move as much as I thought. Whatever, I managed to cut its eastern side off. Fortunately, it is rather featureless but that made it impossible for me to get an accurate size estimate. It probably is slightly larger than IC 849.

It appears there are quite a few galaxies in the image at a distance of about 1.14 billion light-years though I found no cluster at that distance listed at NED with a center within my image frame. I didn\'t look beyond it, however.

I took the luminance data on a night of fair seeing and took the color data a few nights later when seeing wasn\'t up to doing luminance data. I often get away with that technique but in this case, a really bright asteroid Moskva photobombed the luminance data. Since it was long gone by the time I took the color data there\'s no color trail around it as there\'d be if I\'d taken all data the same night. Moskva is Russian for Moscow in case you were wondering where that name originated. The asteroid was discovered on April 20, 1914 at Simeis (Simeiz) Observatory in Crimea. It was discovered by Grigory Nikolayevich Neujmin who found 74 asteroids and 7 comets. Moskva was his 11th asteroid. His last came in 1939 Another asteroid discovered by Prasjivhta Parchomenko at the observatory in 1929 was named for him as was a lunar crater. 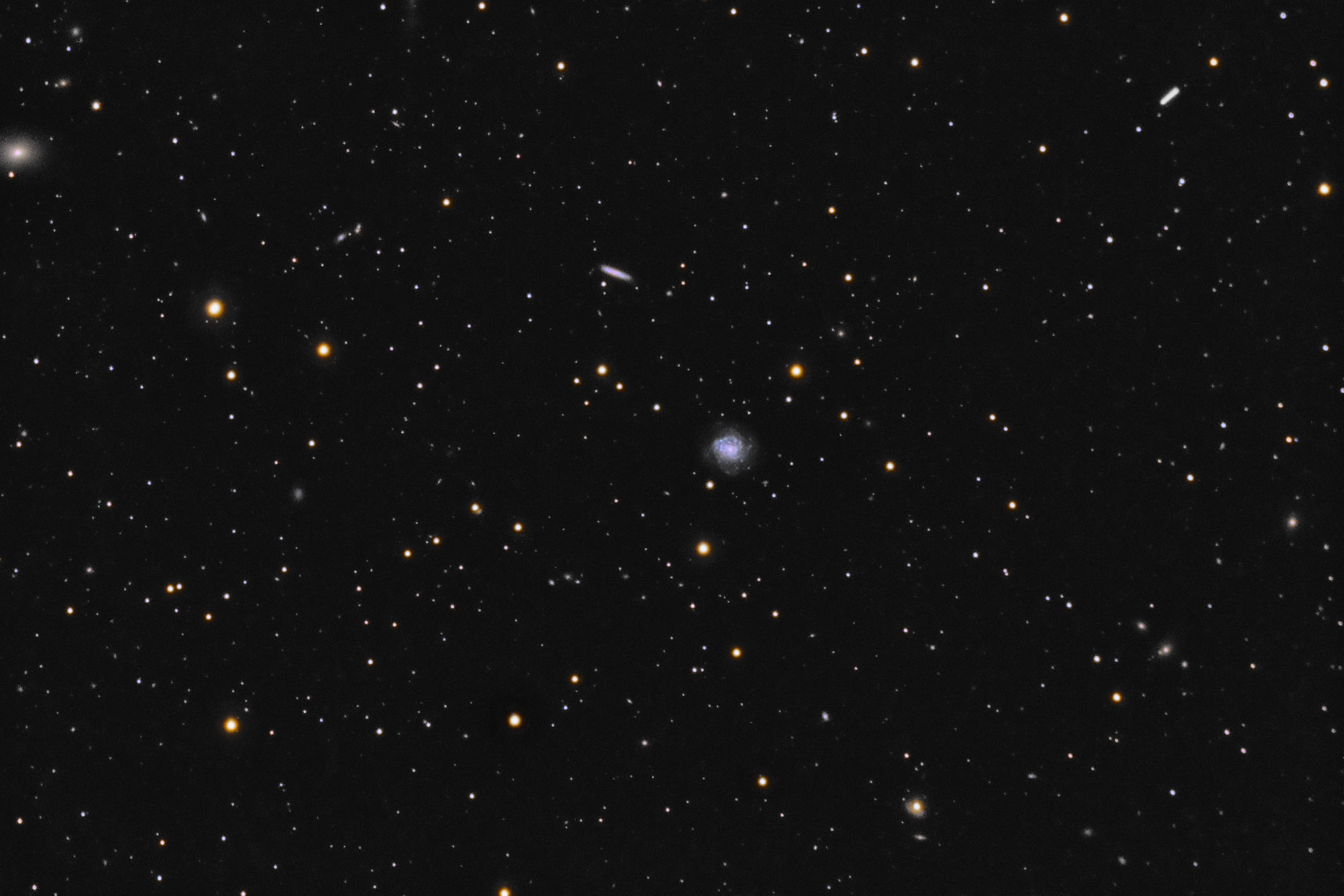 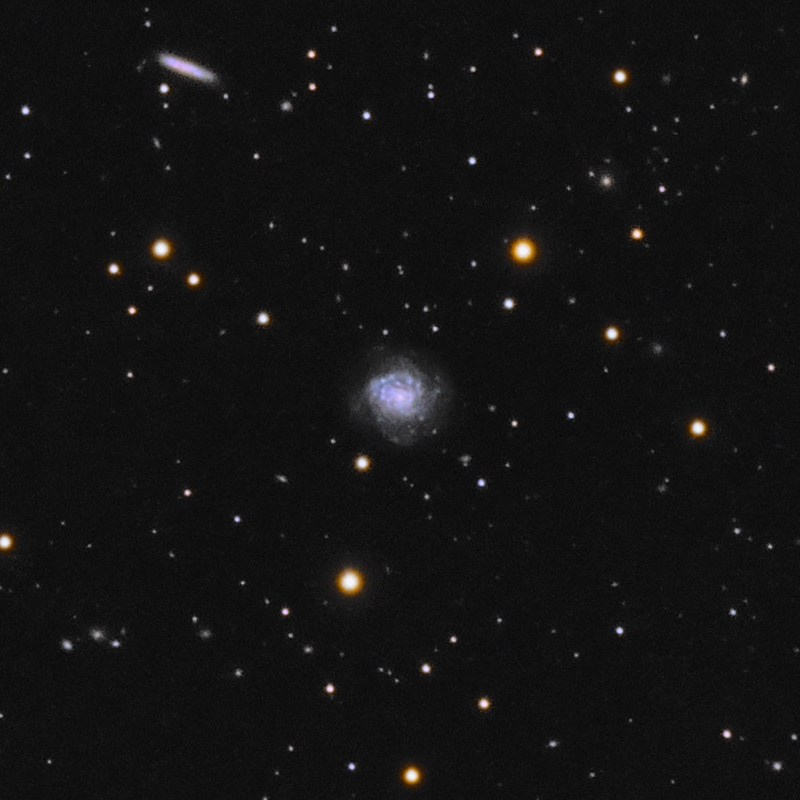 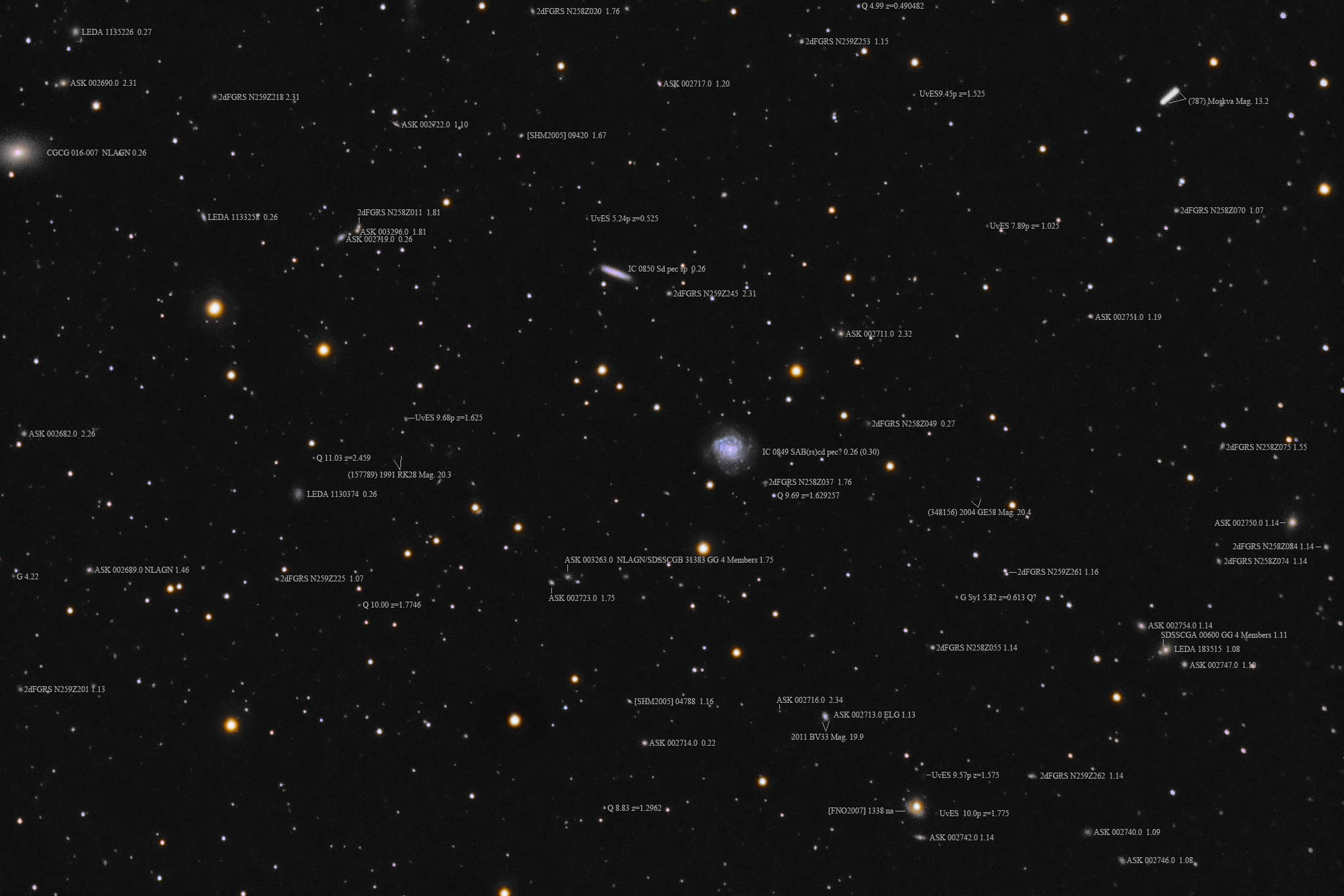