To the northeast is IC 998 also found by Swift the same night as IC 997. NED doesn\'t try to classify it though it is an obvious spiral. Seligman says Sa? NED says its identification as IC 998 is \"not at all certain.\" An even stronger caution than for IC 997 while Seligman says \"... identification seems certain.\" Flip that coin yet again. It is about 325 million light-years distant by redshift though I suspect it is a member of the same local group as IC 997. I measure its size as about 85,000 light-years same as PGC 1057935. It was right at Swift\'s detection level it would seem as he says of it: \"...\"most extremely faint, small, round, very difficult\". So he was seeing only the core region which isn\'t surprising.

The other IC galaxy in the image is IC 4401 also found by Lewis Swift but years later on September 16, 1896. NED says (now don\'t get ahead of me here): \"The IC identification is not certain.\" While Seligman says: \"...the description and reference to IC 997 fit perfectly, so the identification is certain.\" OK, you were ahead of me. In this case, however, there\'s another issue. Dreyer credits the discovery, not to Swift but to Howe in 1860. So why is Swift given the credit? Wish I knew. Seligman has a note to himself to discuss this history but hasn\'t as yet that I find. It too is a member of the IC 997 group. I measure it as the largest member at 158,000 light-years in size. A very large spiral.

The other major galaxy in the image and also a likely member of the group is MCG -01-37-002 another obvious spiral but I can\'t find any classification for it but didn\'t look very hard. It seems to have a large blue star cloud at its northeastern end. I measure its size as 105,000 light-years, about the size of our galaxy.

If you look around the annotated image you will find several dwarf galaxies also at about 330 million light-years that are likely members of the group. There\'s also one asteroid identified in the annotated image to the north of IC 997. Note its trail has one sort of bright spot. This shows the very poor skies I had. At magnitude 18.4 it should be big and bright with the three color trails being obvious as well. They don\'t even register. I was losing about 2 magnitudes to clouds this night but they varied to even worse SOME of the time. This is why the trail has varied intensities. Never coming close to what it should be. There were several other asteroids in the image that should have been seen easily. One faintly is seen in the luminance FITS but so faint I didn\'t try to point it out. The others didn\'t register at all.

Also, this field is just north of the working belt of geostationary satellites. Non-working ones are moved out 100 miles when retired and shut down usually out of fuel. They then develop slightly tilted orbits so move a bit north and south of the belt. Those satellites are quite plentiful after all these years. I had at least one, usually two in every frame but one. Plus several not related to the belt which I almost always have. Bad conditions likely hid even more of them. With too few frames for sigma rejection stacking these were a processing nightmare. I need to avoid the belt and 2 degrees either side or expect this. 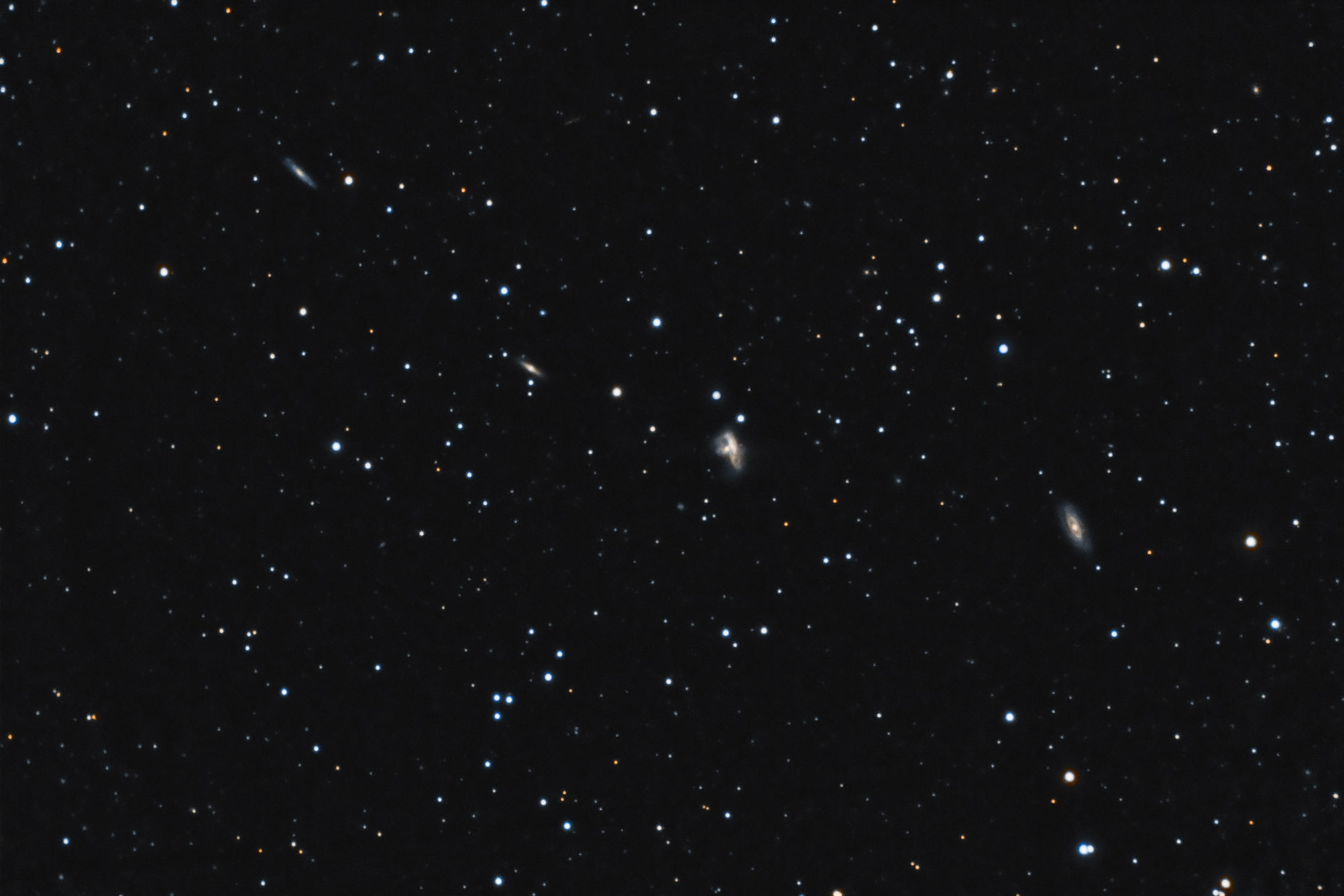 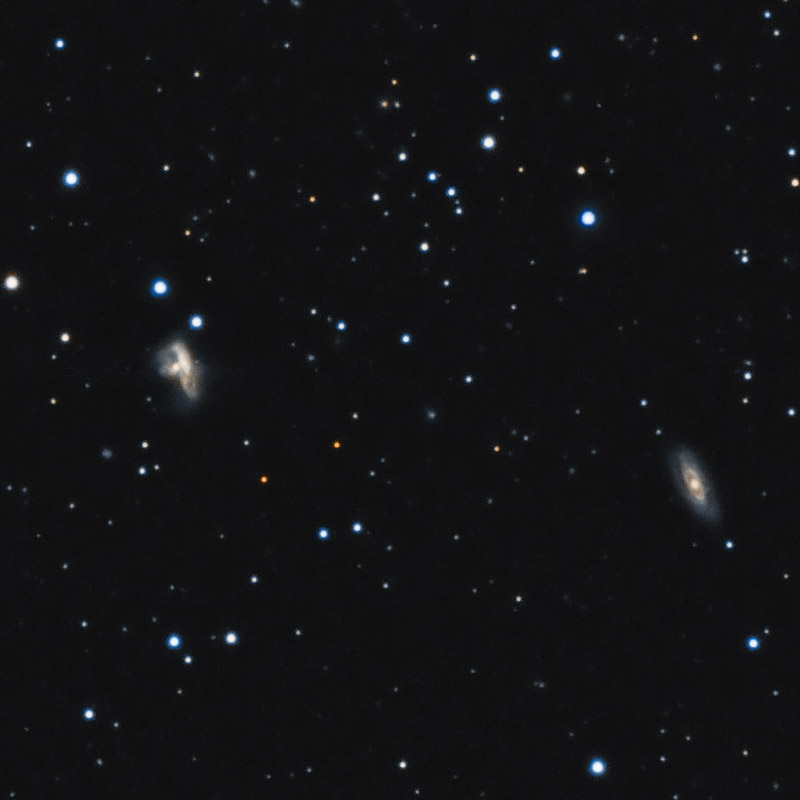 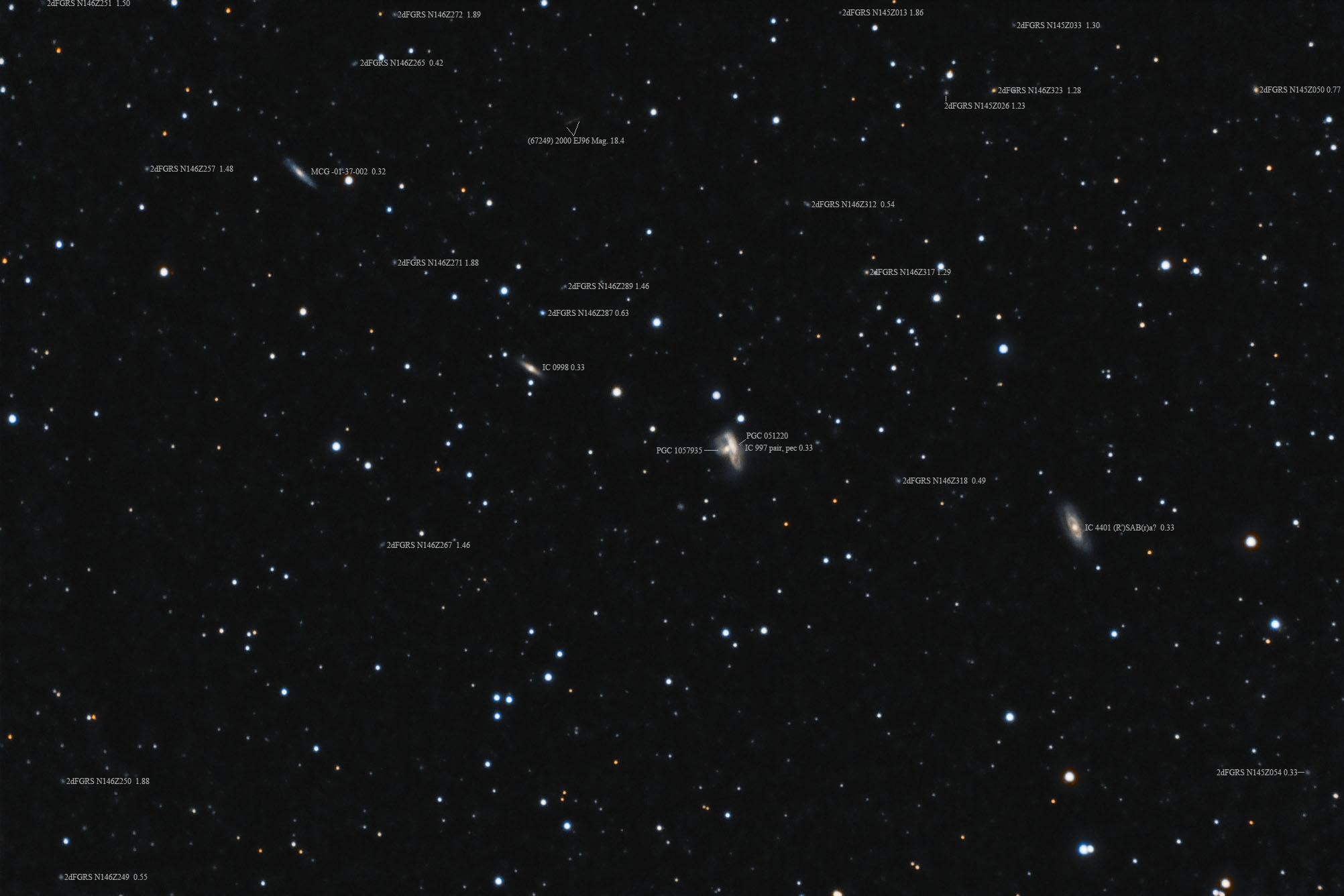