IC 1158 is a low surface brightness spiral galaxy in Serpens Caput that is about 94 million light-years distant by redshift and slightly more distant, 98, million light-years by the median of 11 Tully Fisher measurements that ranged from 63 to 144 million light-years. It is classified as SAB(r)c: though the bar is very short. It shows mostly as a slightly elongated nucleus in my image but can be clearly seen in the far higher resolution Sloan image. Being almost on the celestial equator nights of good seeing at this altitude are hard to come by this far north. It was a night of good transparency by poor seeing. It was discovered on July 17, 1890 by Lewis Swift.

Somehow this object found itself on my to-do list but I find nothing in my notes of objects on the list about it. I have no idea why I decided to take it. Note made after a quick look at the frames the next morning said \"Nice spiral but screwed up background -- gradients? clouds? dawn?\" The background was oddly mottled. I was about to process it out when I checked heavily stretched DSS and Sloan images. They showed it was real and mostly blue. I picked it up \"better\" than either for some reason. Since it shows faintly in these images when stretched and the bright areas match with mine I not only left it in but boosted it as much as I dared with my limited 40 minutes of luminance. What is causing it I don\'t know. The galactic latitude is only 38 degrees, rather low for IFN and IFN is usually rather white rather than blue.

Sloan has covered this area but its data is not yet in NED so I had no distance or useful data on any other galaxy in the image. Nor were there any asteroids in the frame. For those reasons, I didn\'t prepare an annotated image. The luminance data was taken into dawn hence my concern that it might have created the mottling. But when it showed in the color frames taken a different day and before dawn I ruled that out. 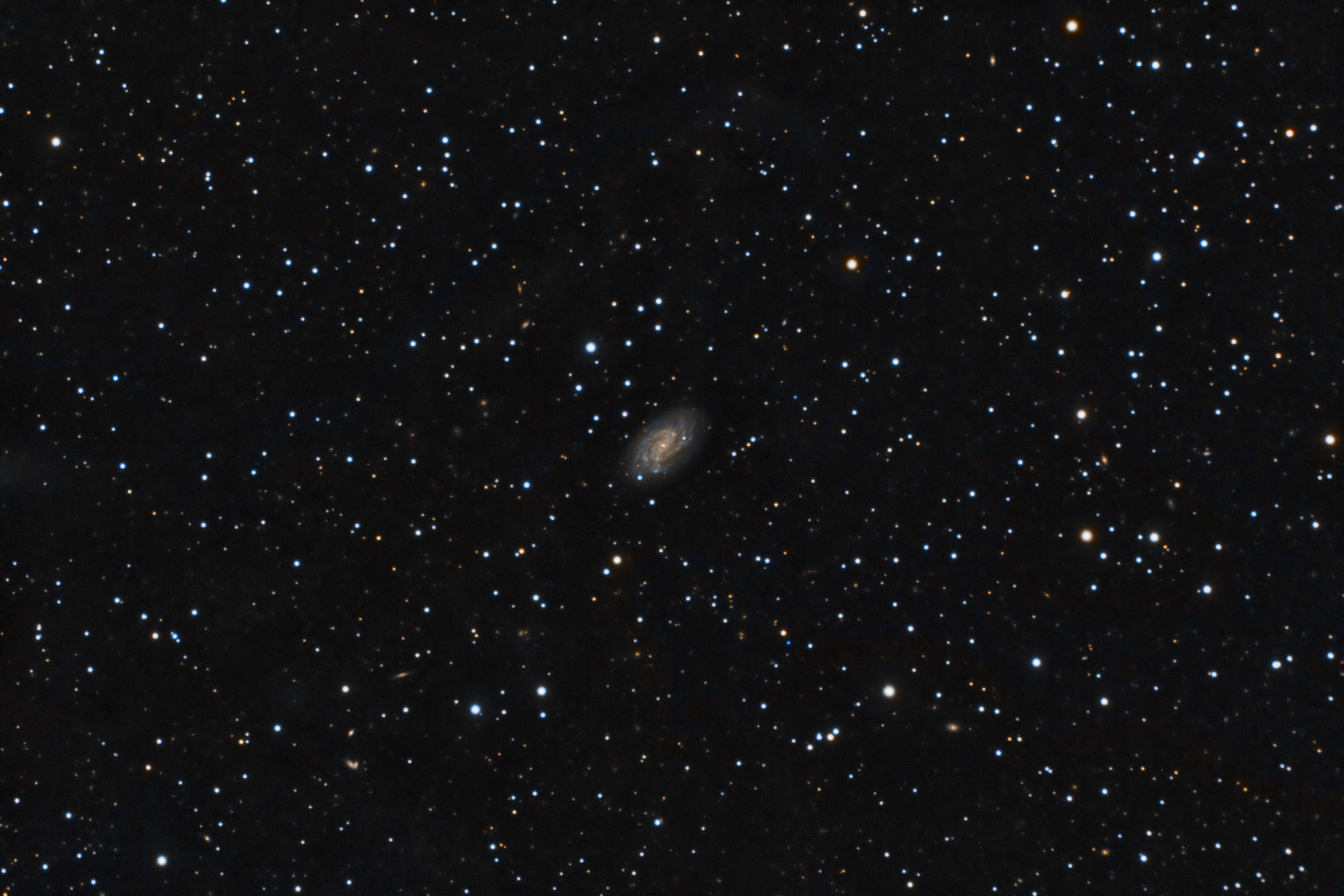 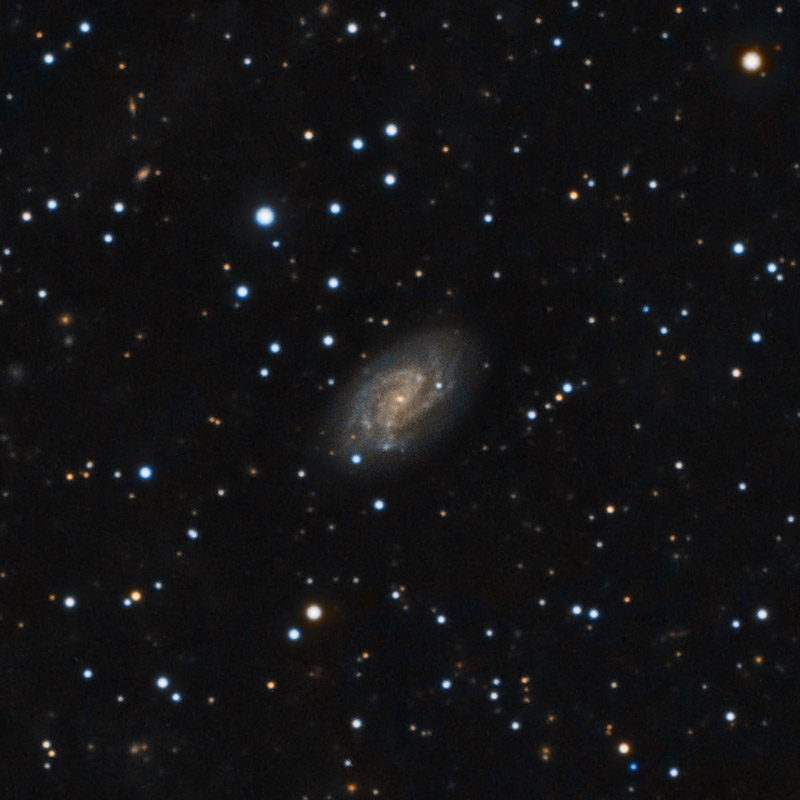