IC 1279/2MFGC 14240 is an Sb spiral in Hercules about 280 to 290 million light-years distant. The first estimate is based on a mean Tully-Fisher measurement and the latter on cosmological redshift. Quite good agreement. Assuming the 280 million light-year distance it is a huge spiral galaxy some 195,000 light-years across. It is also considered a flat galaxy but not flat enough for the FGC. Instead it is in the 2 Micron catalog of flat galaxies as 2MFGC 14240. This is what put it on my \"To-Do\" list. It doesn\'t have much if any central bulge and its disk appears slightly warped to me. With no known companions this may be due to galaxies it ate to get so large. While there are many other galaxies in the field, some of which may be small members of its group only one other galaxy has a redshift value and that puts it far beyond this galaxy. Thus there\'s no way to know if this is a lonely giant galaxy or not. It was discovered on October 18m, 1887 by Lewis Swift.

The other IC galaxy in the image is the galaxy pair to the east of IC 1279 which is IC 1281. Only the northern galaxy has a redshift value that I could find which puts it some 600 million light-years from us. NED considers IC 1281 to be a galaxy pair with the somewhat fainter and smaller galaxy just to the south as the other member. Seligman and SIMBAD however limits IC 1281 to only the northern galaxy. I have no idea who is correct here. Without redshift I can\'t say if they are truly a pair or not. The northern galaxy was discovered by Lewis Swift on May 28, 1889. Some sources such as the second IC say IC 1281 is just a duplicate for IC 1279. This apparently is an erroneous comment.

There are several interesting looking galaxies in the field but neither NED nor SIMBAD has any useful information on them. I did crop the 0.8\" per pixel cropped image to pick up the more interesting ones. The spiral to the upper left is listed in both the IRAS catalog as a bright IR galaxy and in the GALEX catalog of Ultra violet sources. So maybe a starburst galaxy but that is only a surmise on my part. The pair of red galaxies at the bottom of the cropped image are both from the 2MASS IR catalog and no other. There\'s no way to know if they are a true pair or just line of sight galaxies unfortunately. Without any information for all the other galaxies in the image but for their coordinates, not even a magnitude for most of them, I didn\'t prepare an annotated image. 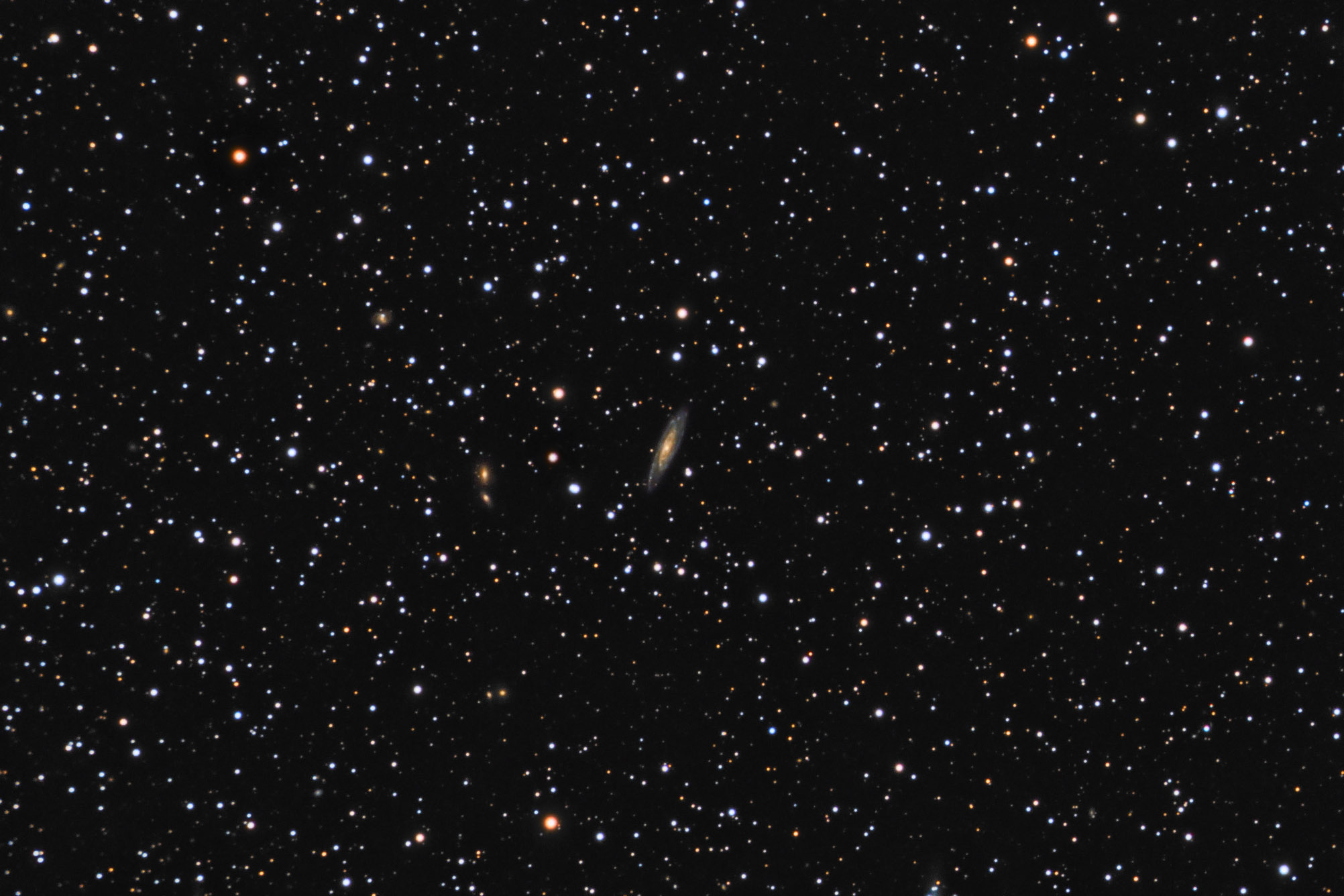 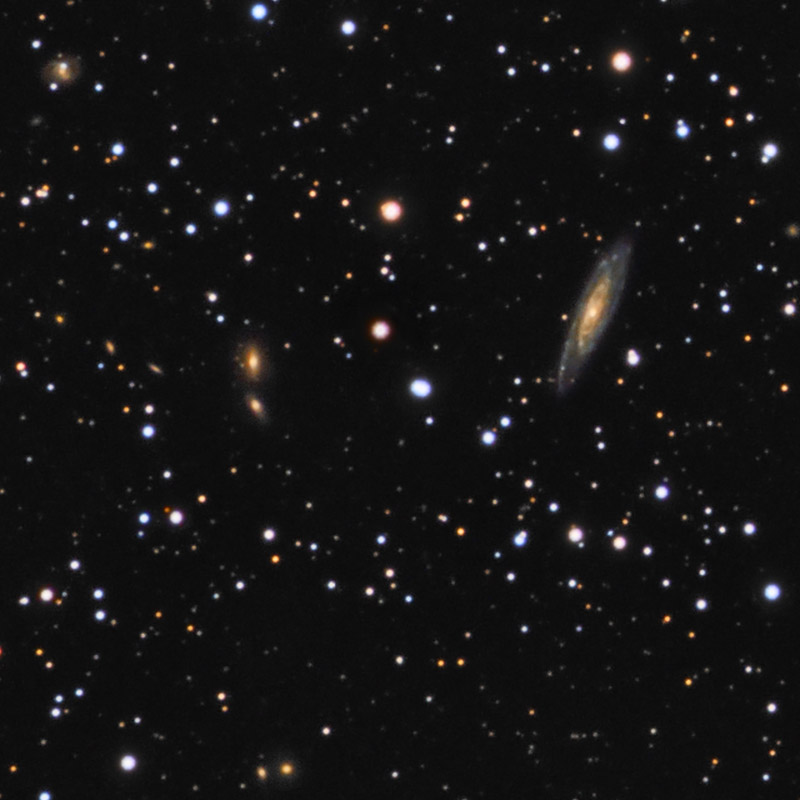