IC 1369 is an open cluster in Cygnus between the North American Nebula and M39. In summer up here we have tiny biting bugs you can barely see we call No-See-Ums. That seems to apply to this cluster. It barely stands out from the background in my image. A smaller aperture would fail to show fainter stars allowing it to stand out better. It shows better in the cropped image. In the full frames it is above center as I used the coordinates at WEBDA and they aren\'t quite right. WEBDA puts its distance at about 6,800 light-years. They give an age of about 440 million years with a reddening of 0.57magnitudes. It seems all its massive blue stars have died or turned into red giants. The majority of the stars are just weakly blue. I was expecting either a bit older cluster or one more reddened by dust so these figures surprised me slightly. The cluster was discovered by Frederick Pechüle on April 27, 1891. He was a Danish astronomer more interested in comets and asteroids than deep space objects. Still, he found 7 new NGC and 4 new IC objects. He used an 11\" refractor and was a student of the more famous (to me anyway) German astronomer, Heinrich d\'Arrest. He worked mostly at the Copenhagen Observatory. 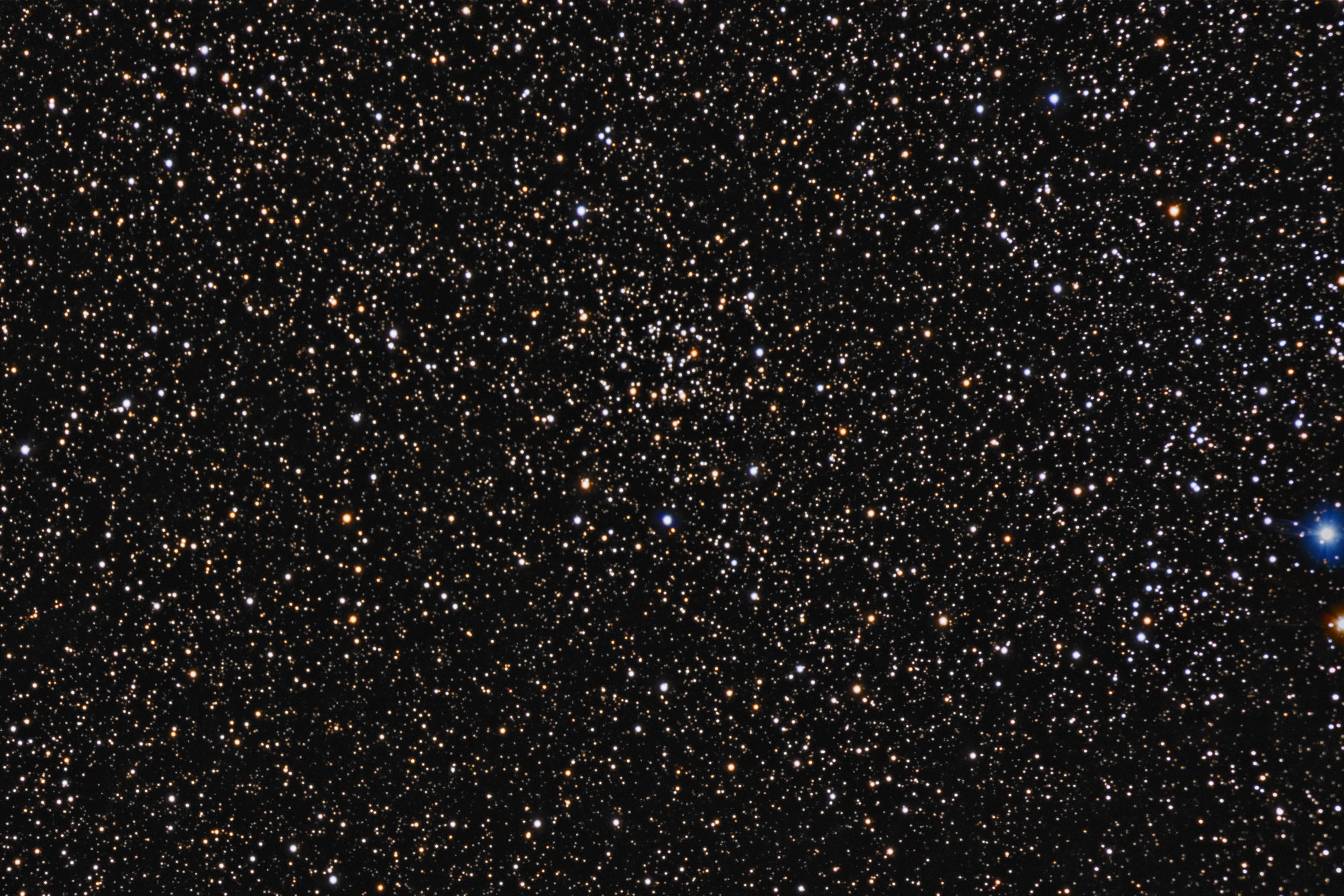