Astronomers have created quite a Tower of babble when it comes to designating objects. Most carry a lot of different catalog designations. Major objects are in major catalogs and those are the \"names\" usually used. When it comes to the lesser known objects it is more confusing. For instance, today\'s update features IC 1470. Not a commonly imaged IC object, few would recognize the designation. Nor does that help tell what type of object it is as the IC catalog covers every type of visible light object. It is also known as Sh2-156. This is more helpful as these are all nebula, usually ones with strong H alpha emission (reddish-pink in most \"real\" color images).

Here I must confess the Tower or Babel reached out and bit me. My June 17, 2010 update featured Sh2-156 and other nebula in the field. Also on the list of things to image was IC 1470. Yes, they are one and the same, but when you are imaging these months apart and they come from two different lists you checked for duplicates by name but not by Tower of babble standards this happens. It was only after I finished processing it I realized it looked awfully familiar. But I do have a year\'s more experience processing images and the colors are better on the new version. Since the camera was rotated differently I didn\'t combine the data as it would have limited the field. I could have just gone on to the next object but I went to the work to process it so here it is. Rather than redo the text I\'m just rerunning that. Also, I\'m reusing the annotated image so you can see the old processing as well as the new. It was done at lower resolution to preserve bandwidth since all objects are quite large, unlike many of my galaxy images where they are only a few pixels in size in some cases.

There are many other fuzz patches in the field. SIMBAD only identified the brighter ones. I\'ve prepared an annotated image of these. Most carry very unfamiliar designations. The BF catalog is one of HII regions, GN is a reflection nebula catalog. BDS denotes a star cluster. One small fuzz patch that is HII to the south and reflection to the north was centered on the position of an IR source found by IRAS. I don\'t know if the nebula is the optical counterpart to what IRAS was seeing or not. If so IRAS probably was looking at new stars buried in dust and gas that don\'t show visually. Some of the HII regions come through blue in my image. I\'m guessing they have a reflection component as well as HII and my chip, being rather red insensitive, is seeing the reflection part better than the HII. 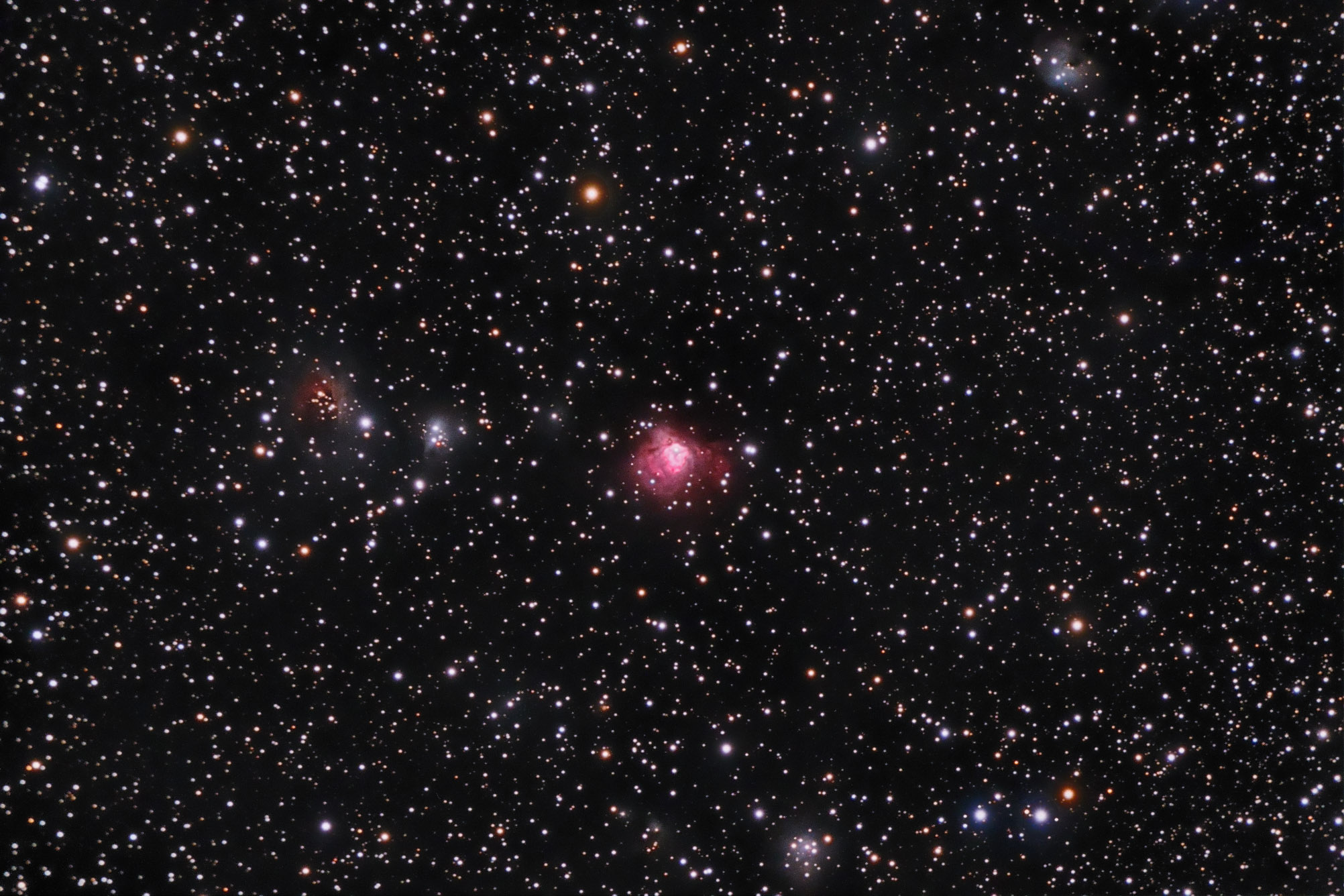 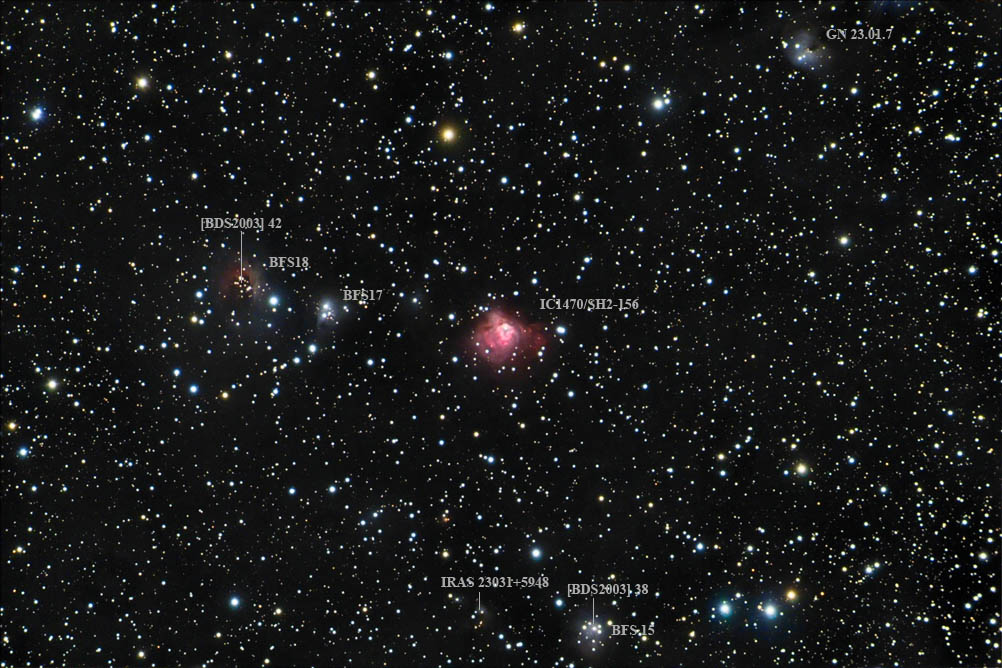 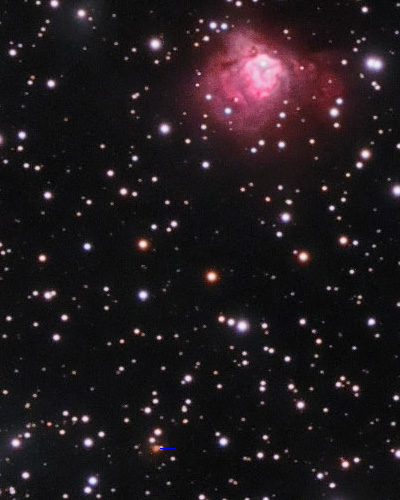