IC 1508 is a somewhat distorted spiral galaxy in southeastern Pegasus about 180 million light-years distant. NED classifies it as Sdm: and Sdm by Seligman. What drew me to it was the odd bright cloud on the western side. In the Sloan image, it is very blue using their photometric filters which assign Uv to blue along with blue and green. Without Uv and with green not included in the blue data it comes out rather white in true RGB colors. I assume the Uv is due to super hot blue stars in the star cloud. Since such stars live only a few million years this cloud is likely rather young. I found virtually nothing on this galaxy and nothing at all on the source of the cloud. Including the faint plume to the north and faint short ones to the south, it is about 93,000 light-years in size. Plumes may indicate some sort of interaction in the past or even a late stage merger.

This area of the sky is very poorly studied as to galaxies. This is the only galaxy in the field with redshift data so no annotated image was prepared. My software said the 4th luminance frame was out of focus. After refocusing it retook the fourth frame. While it was very slightly out of focus including it helped the image a bit and filled in a gap in the asteroid trail. So I included all 5 in this image. 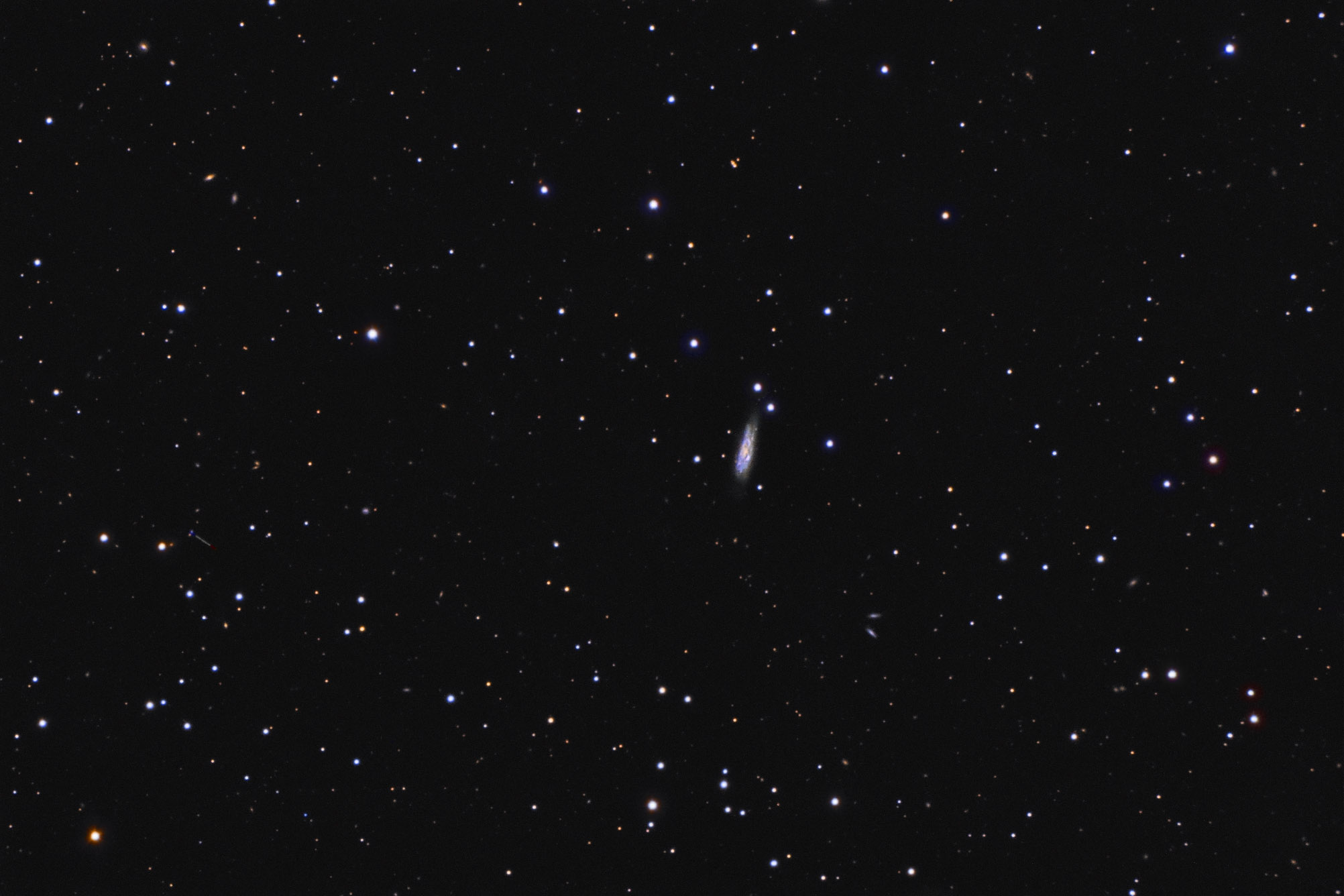 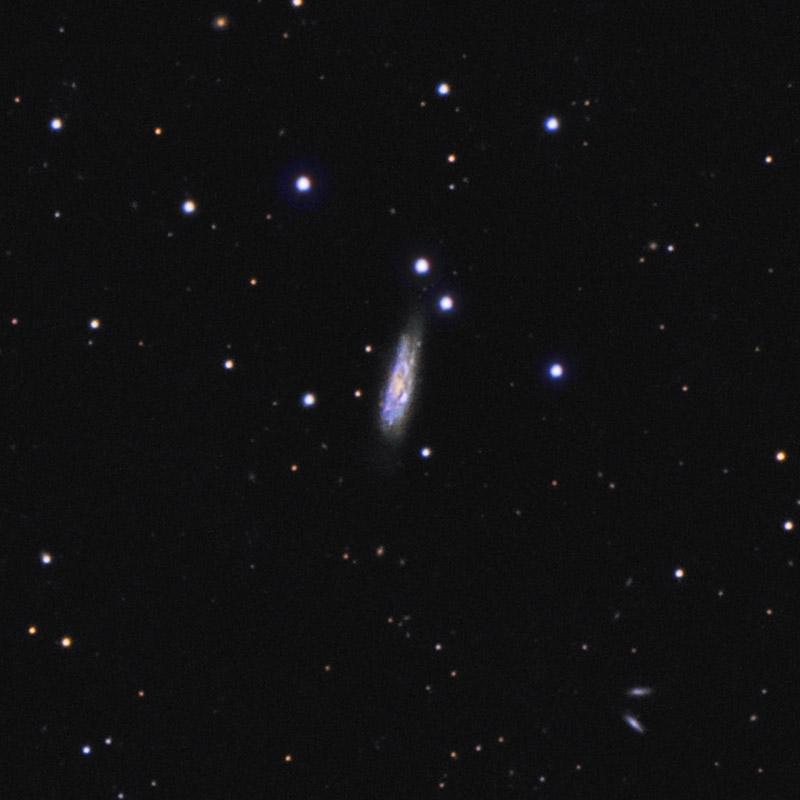