IC 1551 makes the previous posts galaxy NGC 765, at 250,000 light-years, seem a dwarf. IC 1551, located in Pisces at a distance of some 570,000 million light-years, is 421,000 light-years end to end thanks to its huge plume like arms. In fact, they are likely plumes. The core has two major orange parts and a smaller one as well as a complex blue object. The latter seems made of at least two star groups, one on the west much larger than the one on the east. All this would seem to indicate we have a major smashup in progress here with the cores \"close\" to merging. Unfortunately, it hasn\'t attracted the interest of any major scope so what is going on here is just my speculation that fits what we see. It was discovered by Stephane Javelle on November 12, 1903.

While it isn\'t seen in the processed image the luminance FITS show hints the southern arm turns back north in what from our perspective is a nearly straight north path. I suspect it highly curved and increasing its distance from the core. It\'s just that our perspective distorts it greatly. This would make a great target for those putting many hours into an image to bring out faint plumes like this galaxy appears to have.

Like the last post, this is a very lonely galaxy which makes the smashup idea a bit surprising. Still, I think it the best explanation for its appearance. At least until major scopes take an interest. I wonder if it represents what the Antenna Galaxies (Arp 244) will look like in a hundred million years.

Due to a programming error, I got only one blue frame the night I took this image. I had to return on an inferior night to get a second blue frame. Since the night was poor I took two so ended up with 3 blue frames but only 2 for the other colors. 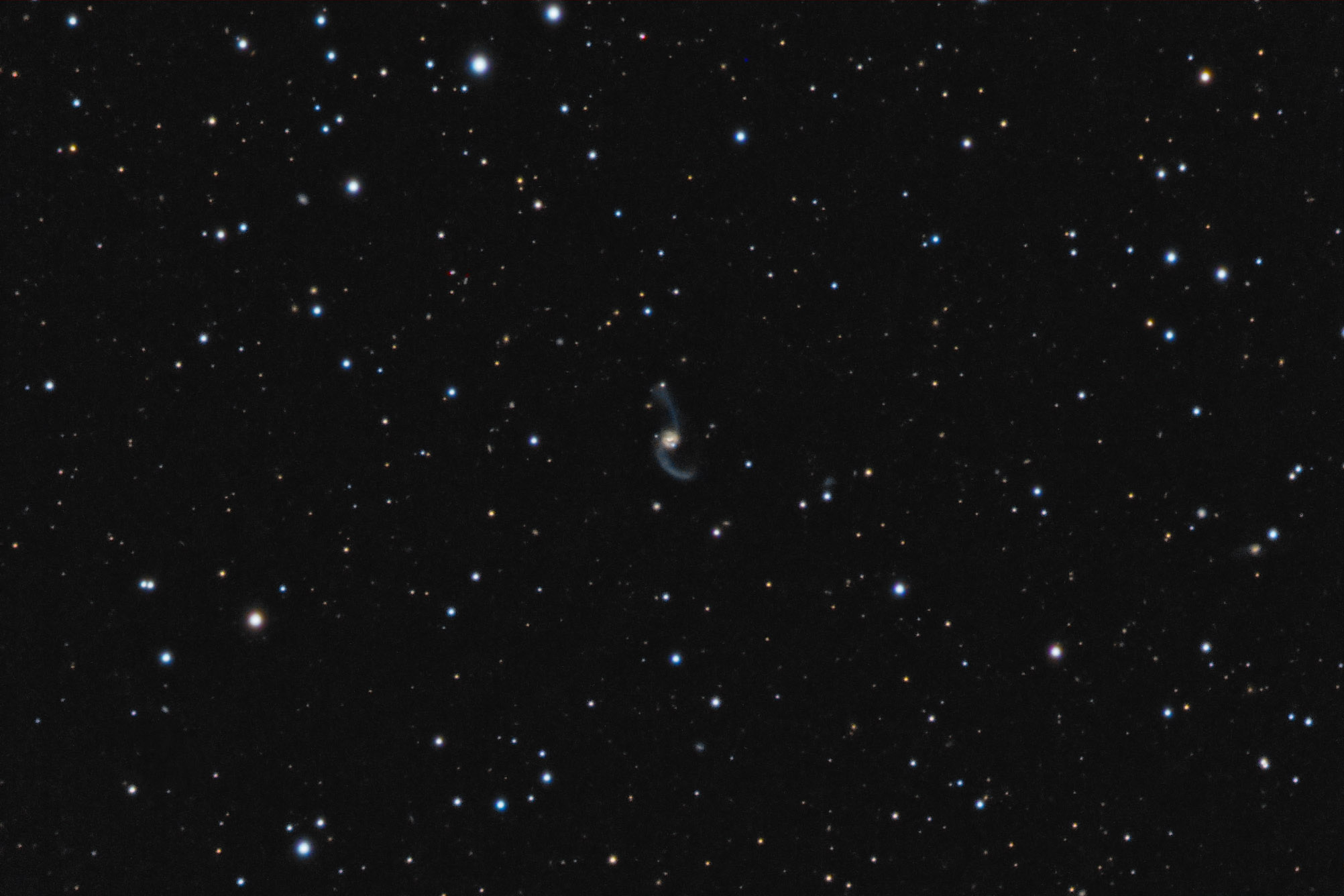 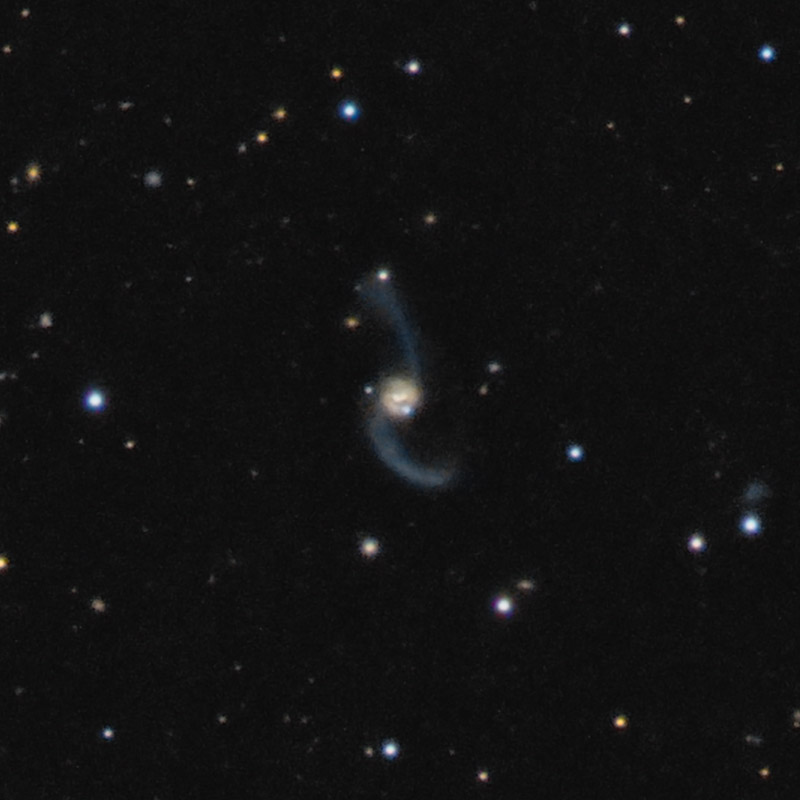 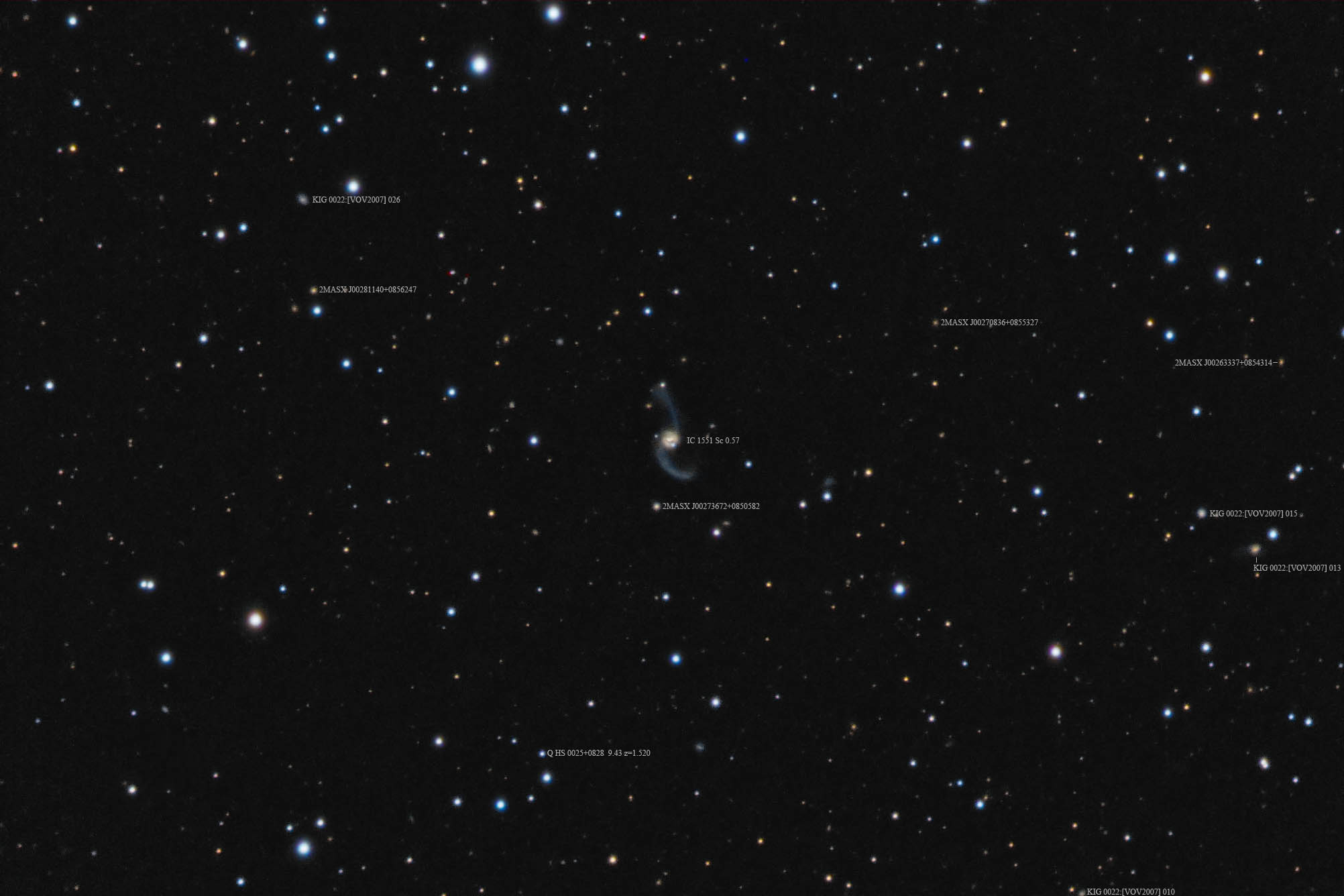