IC 1871 is best known as the Soul nebula. Why it is called that when it best resembles an infant I don\'t know. It is far larger than my field and something I\'d normally not take. But this image was made when I still was learning digital imaging and working in mono. I had color filters but not the knowledge to use them correctly. This was taken in H alpha light which such nebula shine the brightest in. It is centered on the infant\'s rather distorted \"face\". At this resolution, it looks rather grotesque. The nebula is located in Cassiopeia, right next to one known as the Heart Nebula. Between the two are the two Maffei galaxies, thought for years to be additional emission nebula rather than heavily obscured massive galaxies. IC 1871 was discovered by Edward Barnard in the late 1890\'s. That\'s about as close as anyone has been able to pin down the time of his discovery and even that is sometimes questioned. That Barnard found it is not the issue, just the date. It is thought to be about 6,500 light-years distant. The entire nebula can be seen here: https://apod.nasa.gov/apod/ap160228.html 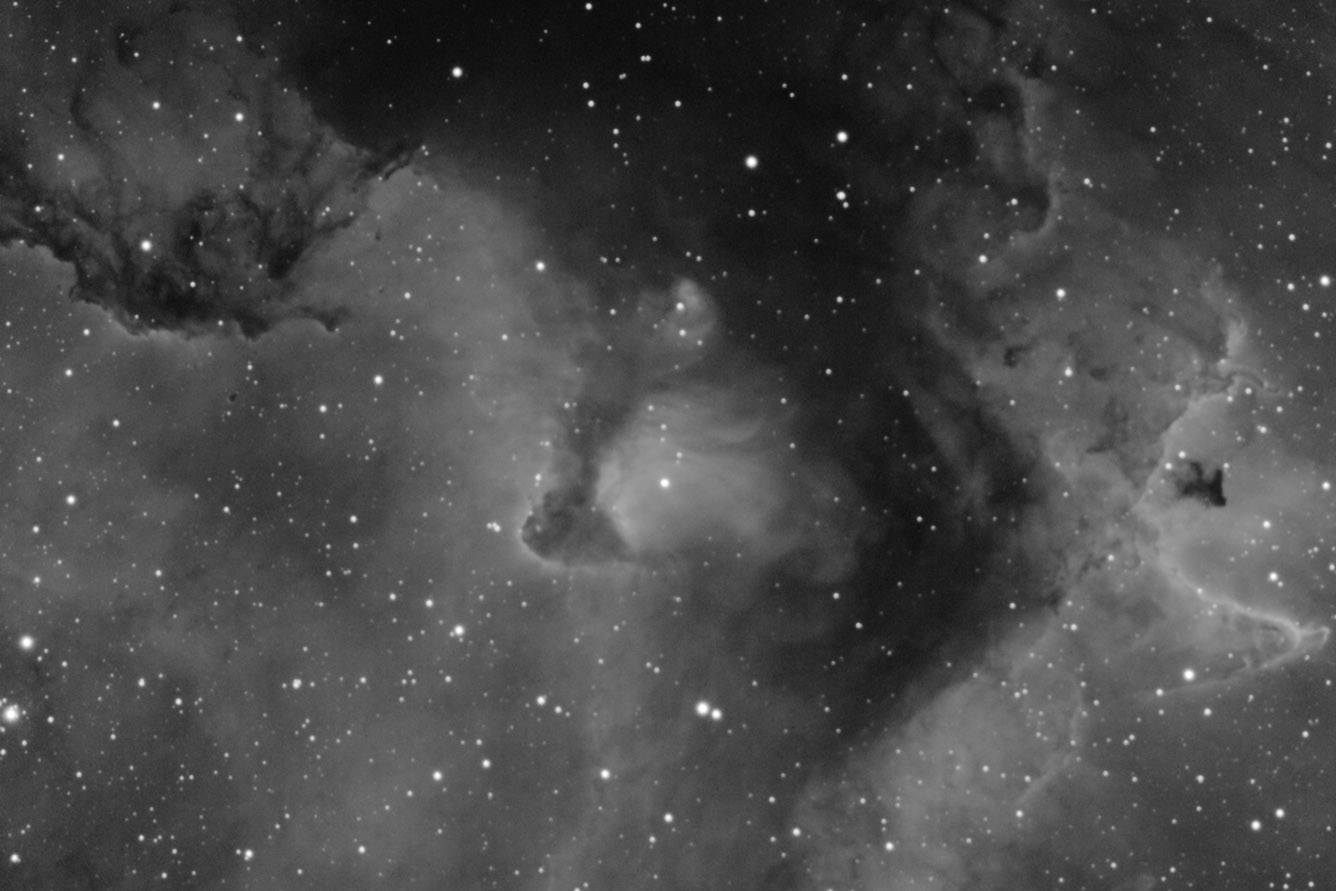