This field contains five emission nebulae. From upper right to lower left they are SH2-254, the largest and lowest surface brightness nebula; SH2-256, the small nebula below the middle of the three main nebulae; SH2-257, the middle of the three main nebulae; SH2-255/IC 2162 the brightest of the three and only one to make the IC catalog. The smallest is SH2-257 and is more white than pink. All are members of the Sharpless catalog of emission nebula. SH2-255 was discovered earlier as IC 2162 by Edward Barnard sometime in the late 1890\'s. The tiny orange object between SH2-257 and and Sh2-255 is listed at SIMBAD as Sh2-255 IRS 2, a Young Stellar Object. These are illuminated parts of the GEM OB1 molecular cloud though this field is in Orion. The distance to these is hard to pin down. About the best I can do is say 6500 light-years with an error bar of a couple thousand light-years.

This was an early image of mine when I had my system set up in a way that let in a lot of stray light. Turned out an opaque black plug I was using was surprisingly transparent to IR light. While my chip is IR insensitive it still managed to fog the image with a strong gradient. I didn\'t have the ability to deal with this at the time nor track down the source. I lost a lot of nebulosity due to this issue. I\'m reproducing this one at 1.5\" per pixel due to this problem. 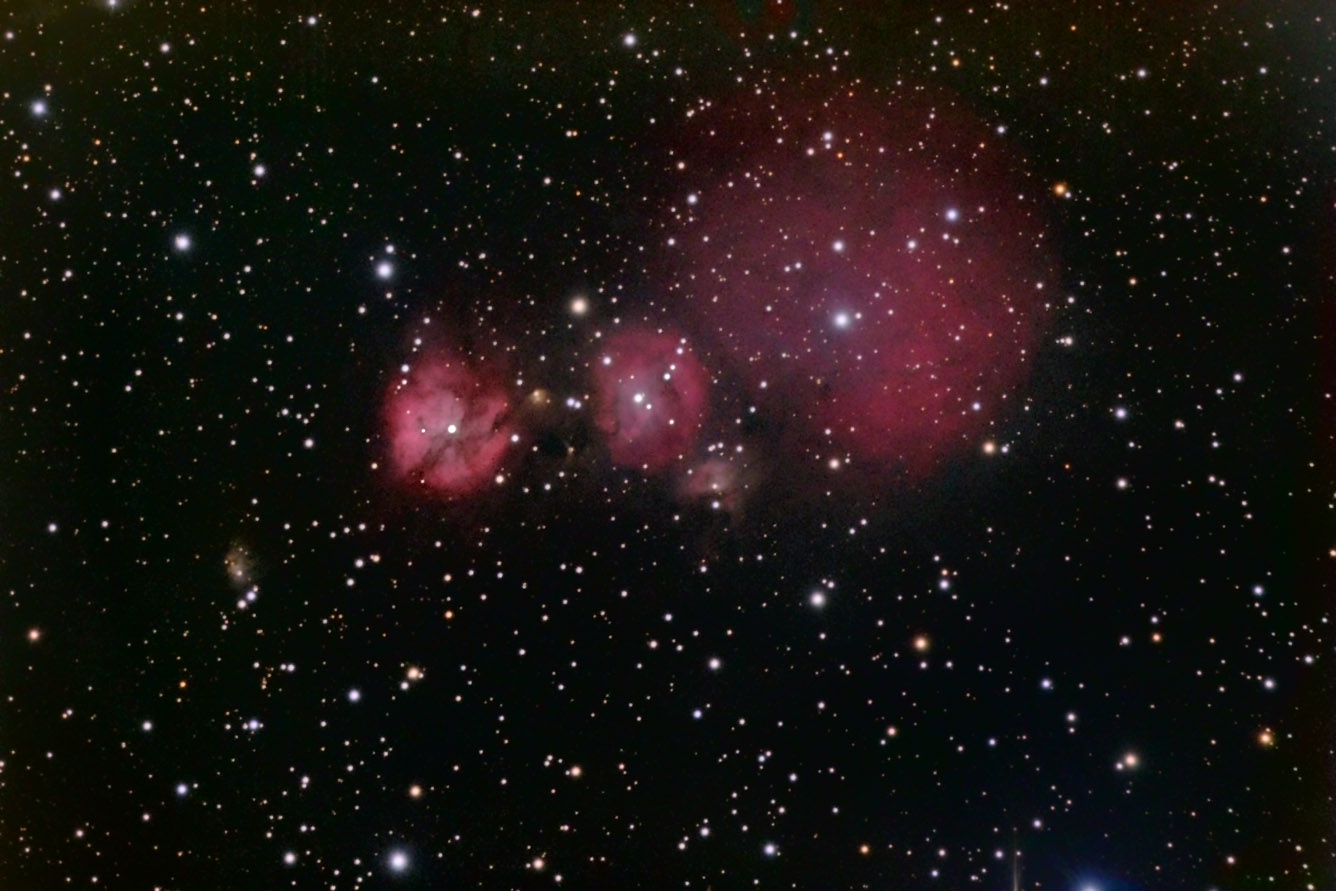