This is the head of the Seagull Nebula. I\'d need many fields to cover this one. I settled on its head. One estimate of its distance is about 3,650 light-years. Its located in southern Monoceros almost on the border with Canis Major. It is also known as Sh2-292. It was discovered by Isaac Roberts sometime in 1898.

This is another image taken before I really knew how to combine H alpha data with color data. For some reason, I use the H alpha data for red then green and blue for the other colors. Since stars emit little H alpha light the stars tend to be cyan in color. They need broadband red to get their color right. Also using H alpha for the luminance data blue reflection nebula are lost. So this is another early image I should, but likely won\'t reshoot, just ignore the cyan stars my ignorance created. 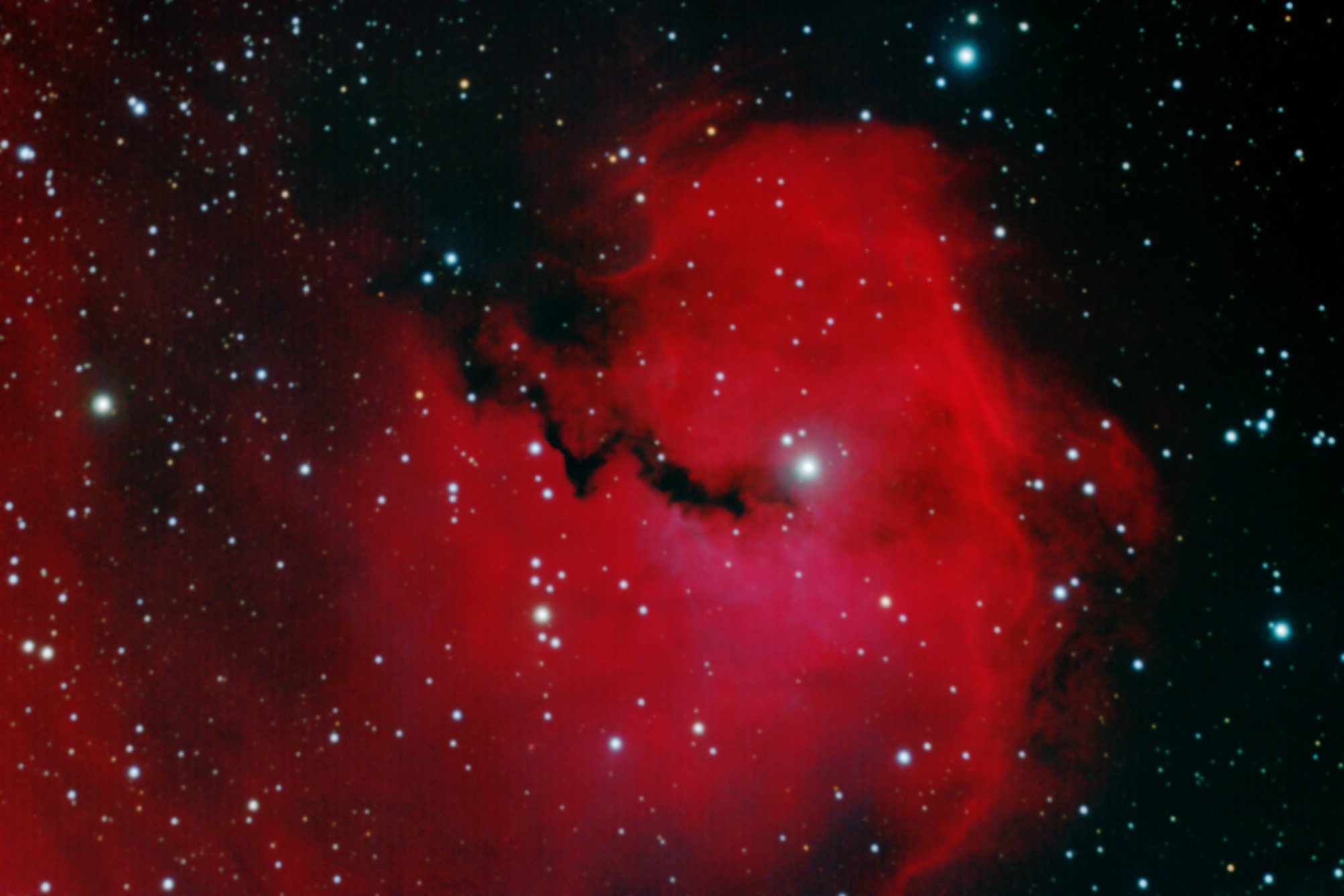 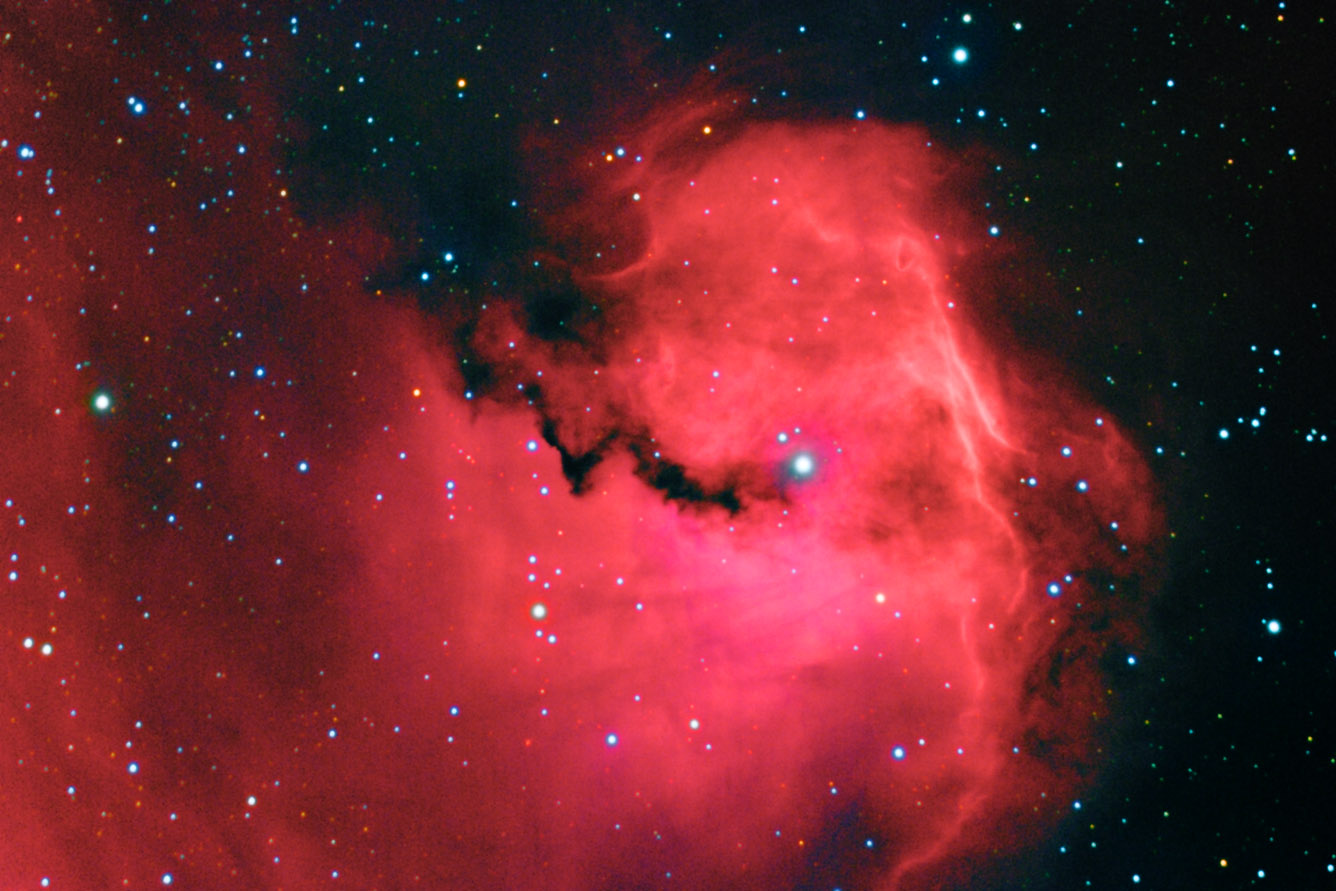