IC 2375 was my main target as it seems warped and in fact is listed in a paper listing warped galaxies https://www.aanda.org/articles/aa/full/2003/08/aah3661/aah3661.right.html . But I couldn\'t find anything on why it is distorted. NED lists it as an SB(s)b pec: galaxy. Seligman says SBb??.

IC 2377 and 2379 are definitely interacting as there\'s a faint bridge connecting the two. But again I came up empty trying to find anything on their interaction. NED classifies IC 2377 as SB(rs)0/a pec while Seligman says SB0/a??. For IC 2379 they say SB(r)a pec? and Sa??. All three were discovered by Herbert Howe on February 22, 1898 using the 24\" refractor at Chamberlin Observatory in Denver. The few nights I tried to view from just south of Denver the seeing was horrible. At least he didn\'t have the light pollution to deal with back then.

MCG -02-22-011, the distant first member of the group. It is an emission line galaxy that NED classifies as S0+ pec: HII. Thus all 4 of these earned the peculiar label. This one has its own apparent companion MCG -02-22-010/2MFGC 06654, a flat galaxy but not realizing it was there I didn\'t include it in the frame. It\'s just below the bottom edge a bit west of MCG -02-22-011. Its redshift is similar to the other four so it too is likely a member of the group. Why it wasn\'t included I don\'t know. NED only lists it as an emission line galaxy (HII) but makes no attempt to classify it.

All these galaxies have a redshift that puts them about 285 million light-years distant. The variation is likely due to their own orbital paths around the center of mass of the group. Are there other members? Possibly but none with redshift data within my 20\' search radius. All 4 of these galaxies are very red likely falling into the red and dead category. Something has caused them to shut down star formation so old, long lived red stars still survive to dominate these galaxies. IC 2379 seems the least red of the group. Interaction with other galaxies can cause gas to be expelled or heated to the point where star formation is strangled for the needed cold gas to make stars. I have no idea if that\'s what has happened here.

This field is located in far northeastern Puppis, almost into Hydra, at about -13.5 degrees. This low is difficult to see clearly due to its low altitude. I had to try several nights and combine the best of each to get this image. Since only these 4 had redshift data no annotated image was prepared. Wonky brighter stars are due to it being too far south for my latitude. Seeing down there plus atmospheric dispersion are to blame. Some rare nights I get away with it, not this night. 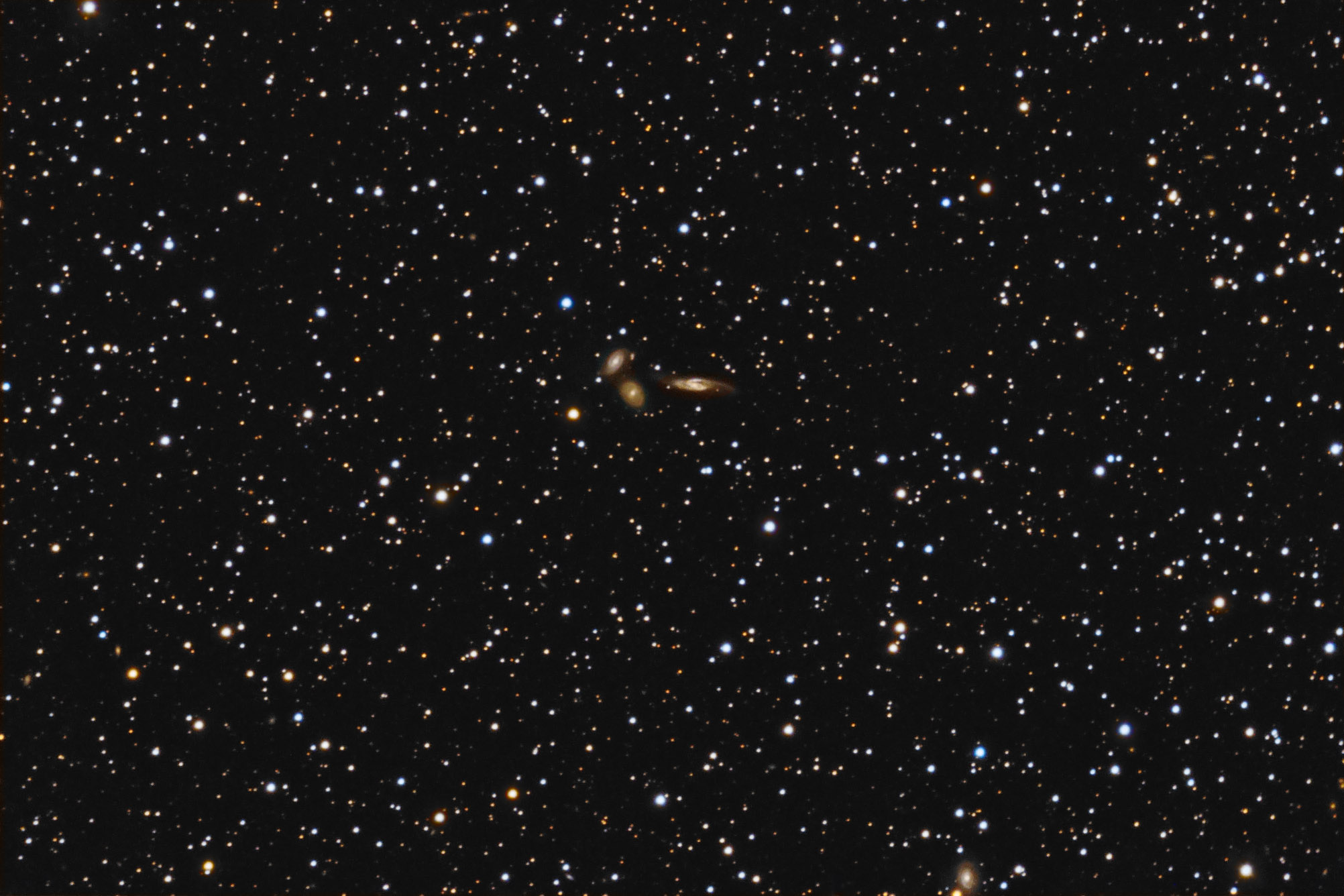 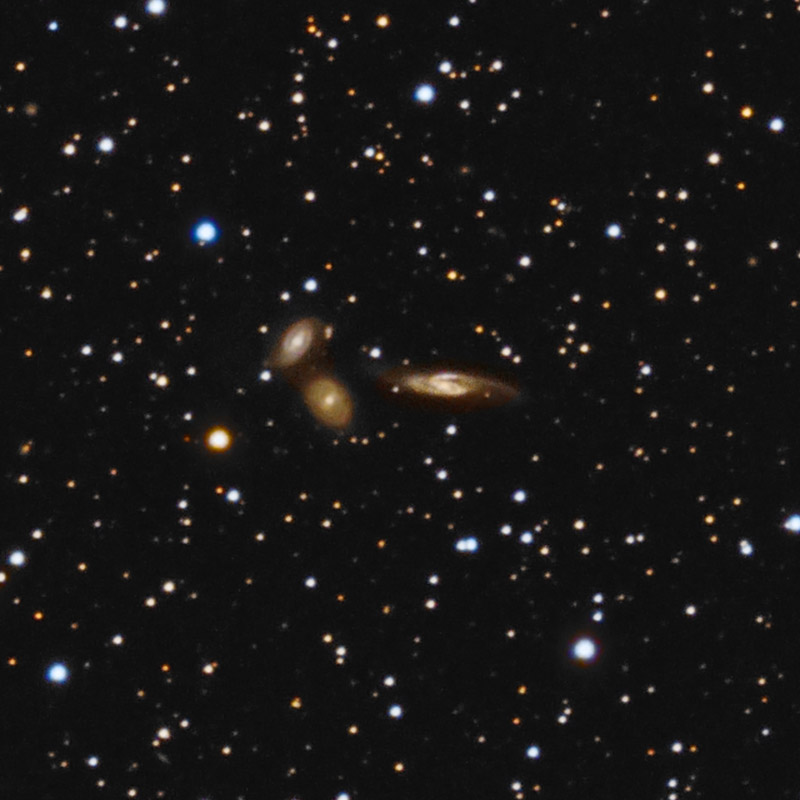