IC 2574 is sometimes known as known as Coddington\'s Nebula is a member of the M81 group so is at about the same as the other members, 12 million light years. Rather close for me! It is classed as SAB(s)m. One reason it is called Coddington\'s Nebula because it was discovered by Edwin Coddington on April 17, 1898. The Abell galaxy cluster 1005 is just barely out of my image to the south. I should have put IC 2574 a bit higher and caught it.

This is a surprisingly faint galaxy for being so close. My initial processing of it 3 years ago stunk up the hard drive. I stumbled across it the other day and had to get rid of the stink. The original data is long gone from the hard drive but is saved in two external hard drives, one in the basement and the other in the safe deposit box. I was too lazy to retrieve the one from the basement storeroom so worked from the 16 bit TIFF images still on this hard drive. Unfortunately, some data was lost in my previous processing. The data wasn\'t all that great, I really need to retake it but with hundreds still waiting their first chance that will be a while. At least this gets the stink out of the hard drive. Yes, I spent a bit more time on it than usual, this guy is surprisingly faint.

Being out of the SDSS survey it wasn\'t worth my time to prepare an annotated image. For instance, the edge on galaxy on the left edge isn\'t even listed in NED. Nor does The Sky have it in its databases. 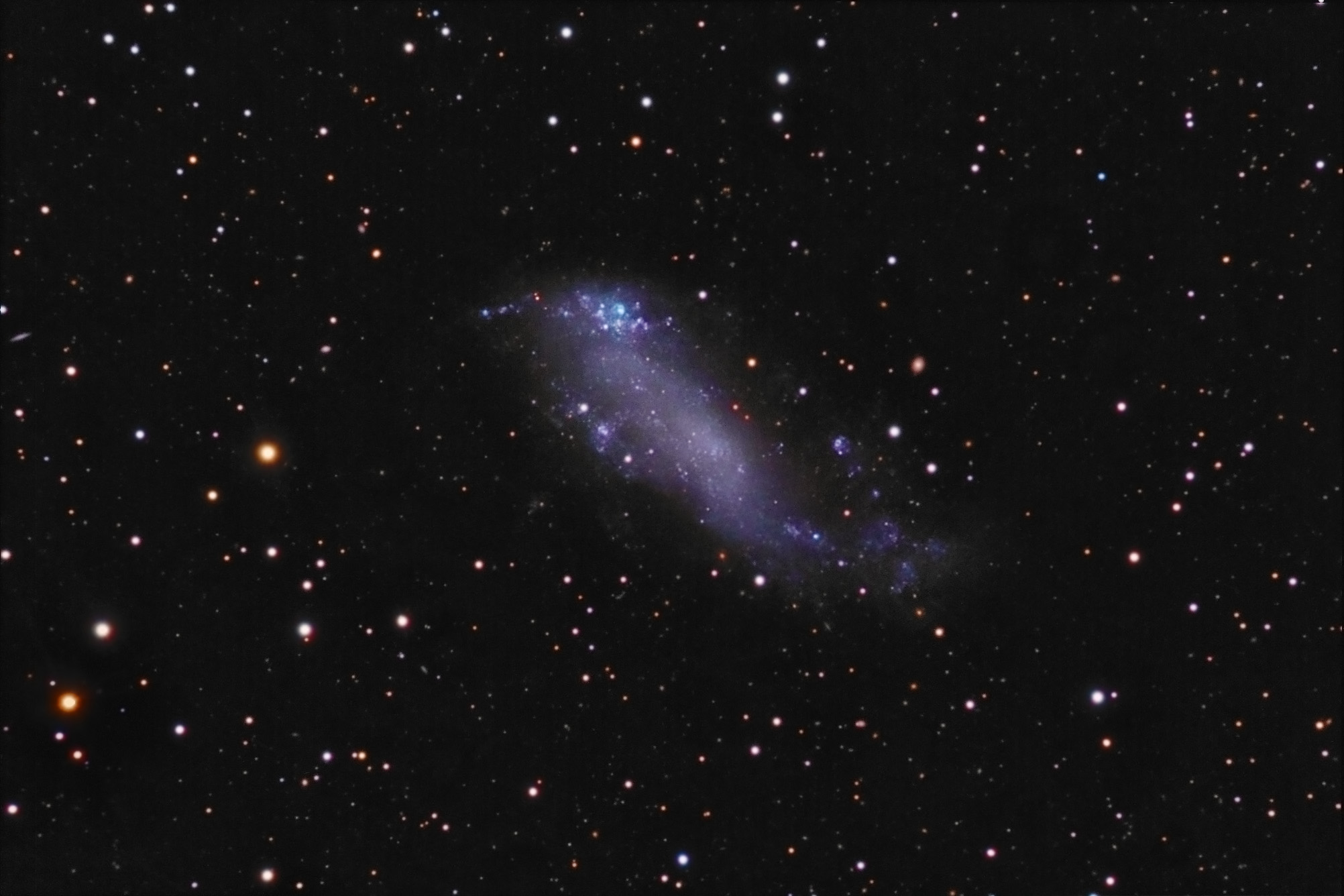