This field in southeastern Canes Venatici contains a large group of galaxies at a distance of about 350 million light-years. 6 of them are bright enough to have made the IC catalog. They are all quite red with the sixth IC imposter that redshift puts nearly 70 percent more distant. I\'d have expected this group to have a designation but I couldn\'t find one. Three of them (ICs 4304, 4305 and 4306) form the WBL 457 group. Others, mostly fainter than the IC galaxies are lumped into other three and four galaxy groups but nothing I find encompasses the entire group. I find that odd. In any case, the IC galaxies are (starting in the center and working out), IC 4304, 4305, 4306, 4302, 4301 with IC 4300 being the outcast. There\'s another bright member of the group, UGC 08609 in the northeast corner that\'s a nice face on blue spiral finally adding a color other than red to the image. It appears there\'s been no work done on this group so I can\'t report further. Odd how such a nice group has been ignored like this. How far outside my frame the group continues I didn\'t look up.

All but one galaxy in the field are either members of this group at about 350 million light-years or more distant but for one exception. That is LEDA 214123, a blue S01 galaxy at 220 million light-years though it is smaller than most of the true members. Still being blue it adds some much needed color contrast.

One of the smallest members of the group is ASK 533588.0 on the western side of the frame. It has two companions that appear to be in its halo. They are likely far more distant galaxies in the same line of sight but without redshift data on them I can\'t say for certain they aren\'t colliding with the known member or with each other.

There are several distant galaxy clusters in the image. Some had an anchoring bright cluster galaxy others had none. If there was such a bright cluster galaxy it is noted in the annotated image. Often these have a spectroscopic redshift that\'s more accurate than the photographic one use for the cluster but in this case, all were photographic and identical to that of the cluster so aren\'t listed twice.

As usual with my annotated images distances are in billions of light years and spectroscopically determined unless noted differently (p for photographic, Est for estimated etc.) Distances found by non-spectral means, often Tully Fisher, are the median of as many as NED has listed and are shown in parentheses. 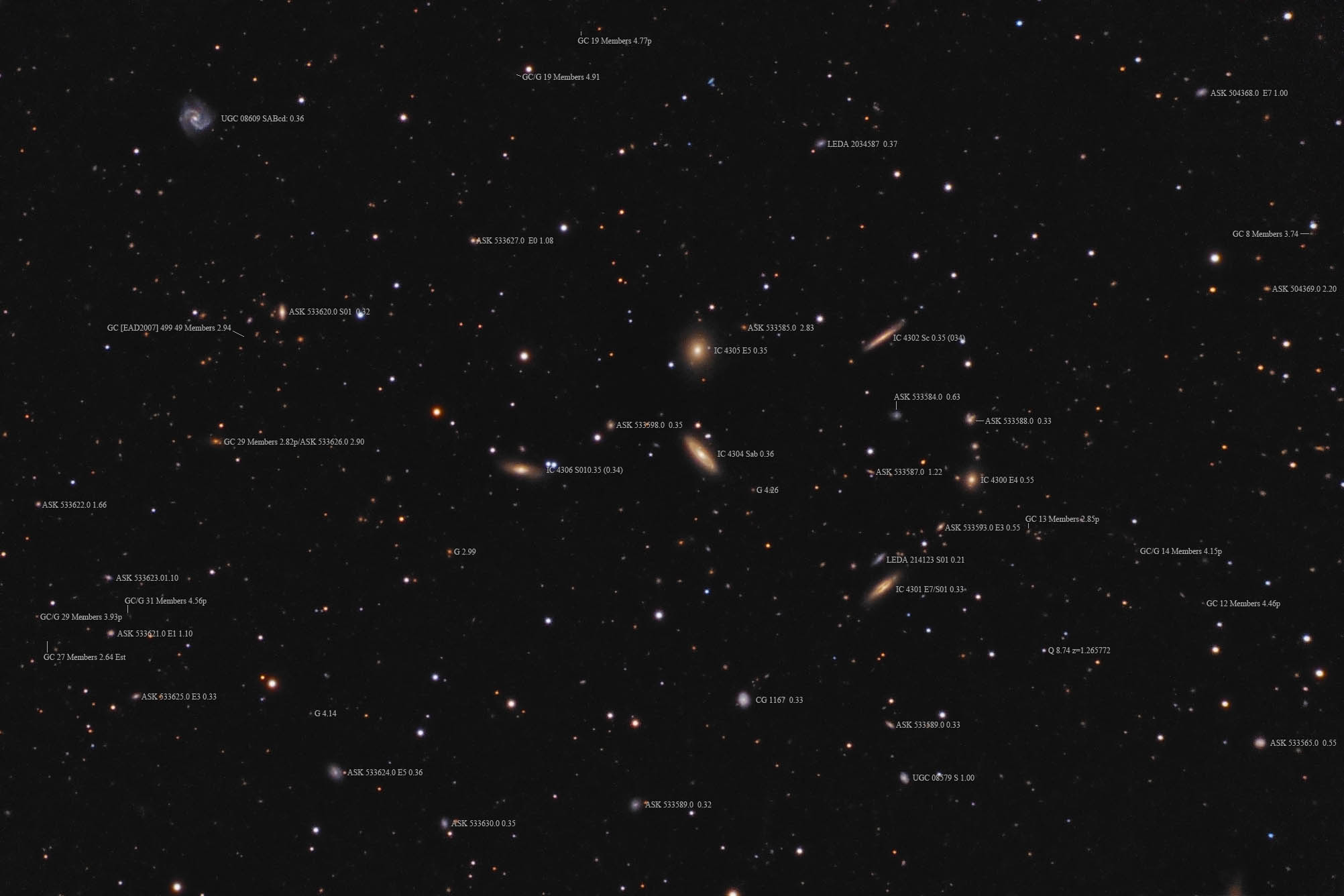 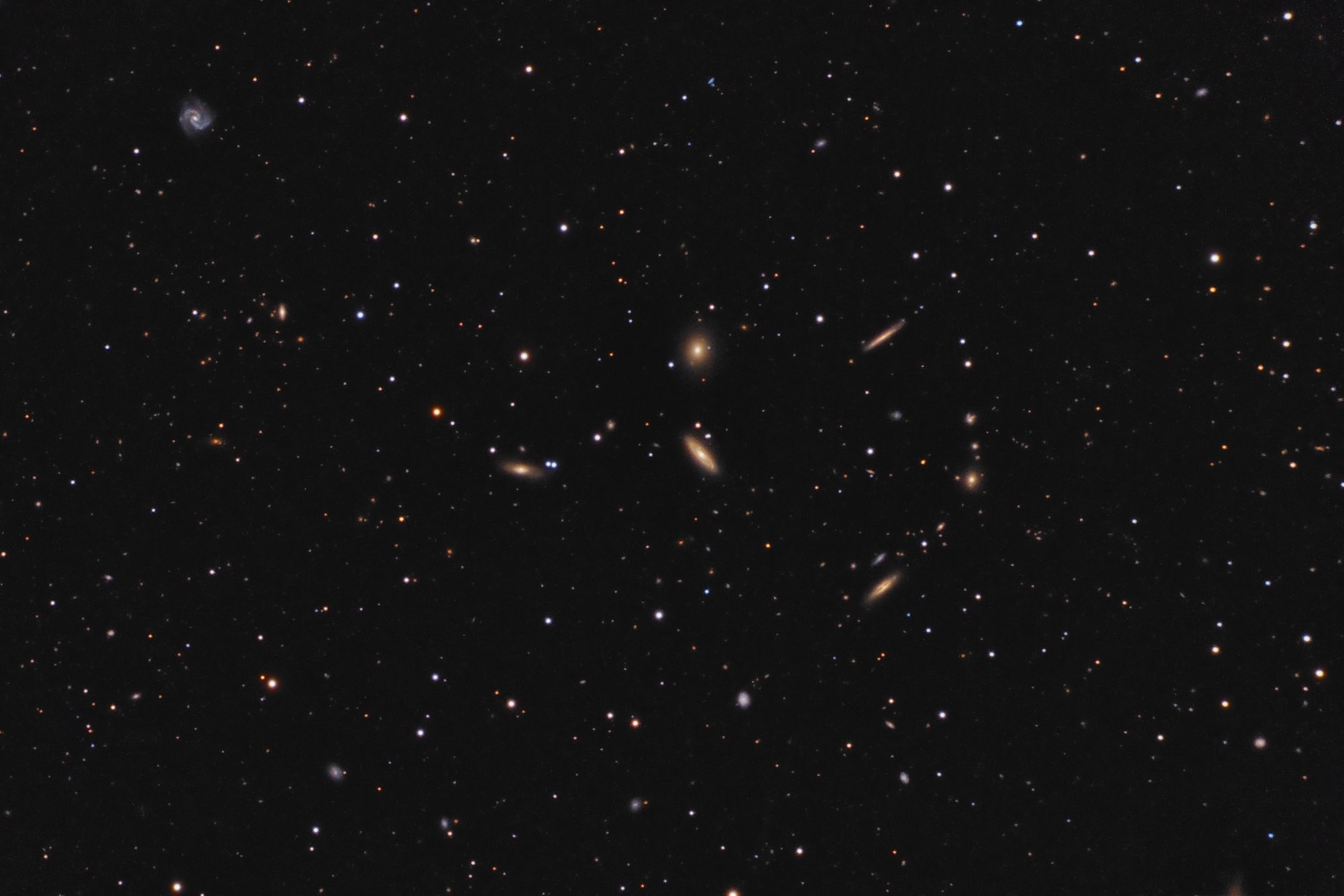