IC5337-IC5338-ABELL2626IC 5337 and 5338 form the core of the Abell 2626 galaxy cluster. The cluster is located almost dead center in the Great Square of Pegasus and is about 720 million light-years distant. The cluster is listed as richness class 0 meaning it has 30 to 49 members. Its diameter is listed as 79 arc minutes, so covers an area 8 times that of my frame yet I show well over 50 galaxies that appear to be members of the cluster that have distance estimates. Many more have no distance estimates but likely are also cluster members. That leaves me wondering how this count is arrived at.

The cluster\'s morphology class is I-II meaning it has an elliptical galaxy at its core but also at least one other major galaxy and other elliptical galaxies. IC 5338 is the cD-BrClG for the cluster while IC 5337 is the second major galaxy. Usually, these are also ellipticals but a large spiral will do.

IC 5338 is a strong radio source known as 3C 464. Also, several sources say it is \"... two close galaxies separated by 3.4 arcsec embedded in an asymmetric halo extending to the SW component. Galaxy b (SW) has line emission and is associated with the radio source 3C 464.\" I agree the halo is asymmetric but to me, the other \"galaxy\" is just a field star superimposed in the galaxy. NED gives no galaxy or star at its position. At least I was going to say it was a field star until I looked at an HST image. It does indeed appear to be a galaxy in the HST image. I measure the size of the pair at about 350,000 light-years, probably larger than that as the edge is very hard to determine likely getting larger the longer the exposure time.

IC 5337 is an edge on spiral. NED classifies it as a spiral while Seligman says Sc? It too is huge, at least for a spiral, with a size of about 220,000 million light-years. That makes it twice the diameter of our galaxy. Their size becomes even more obvious when compared to all the other galaxies in the cluster. Many like the red S0-like galaxy to the upper right of IC 5337, are actually about the same size or larger than our own galaxy yet seem small compared to these two. They were discovered by Stephane Javelle sometime in 1897. I can\'t find an exact date. I would assume he saw them on the same night.

As usual of late seeing was below normal so details I\'d normally pick up were lost. I was surprised the not one quasar is listed in the field. There is, however, one asteroid toward the right center of the image. See the annotated image for details. 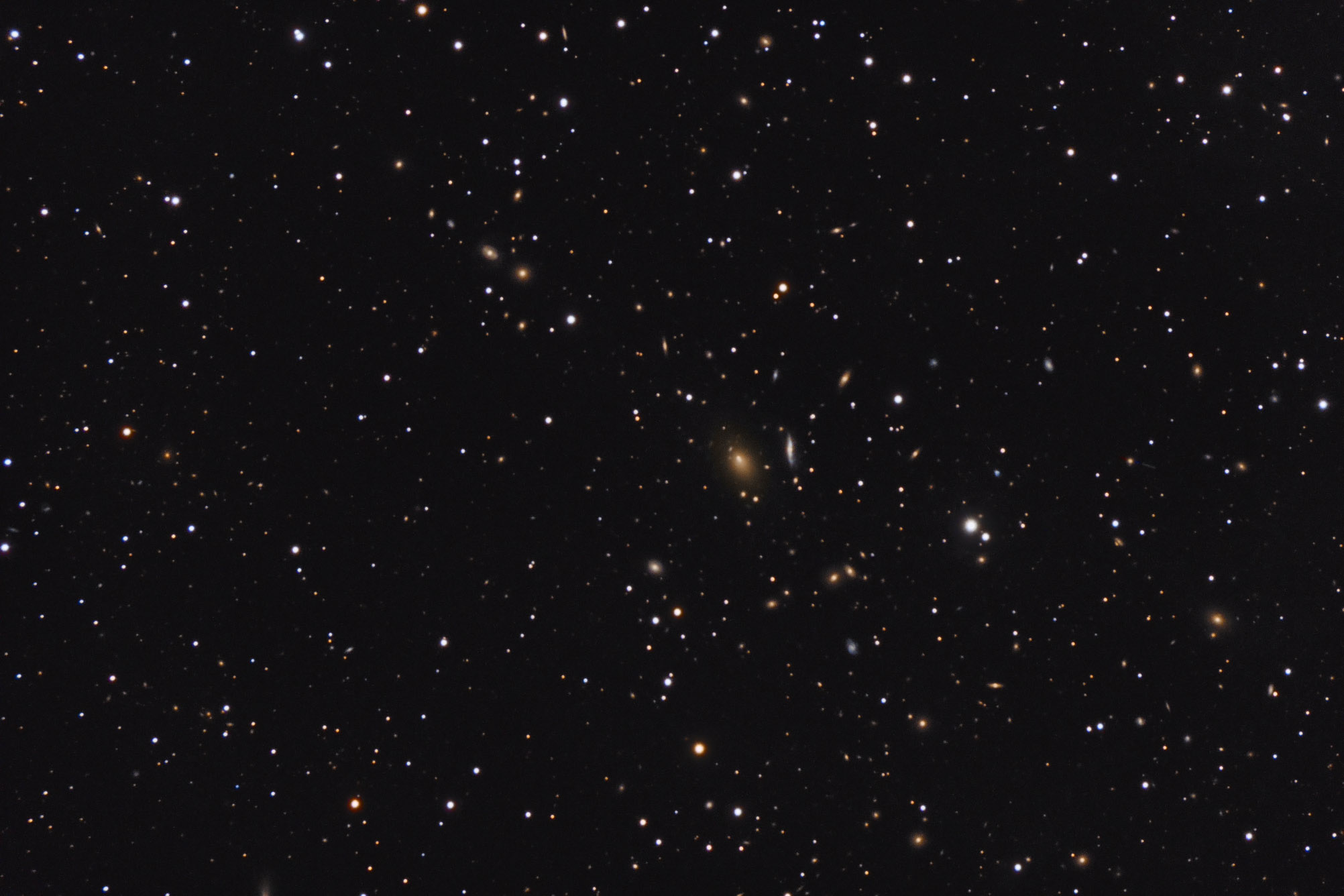 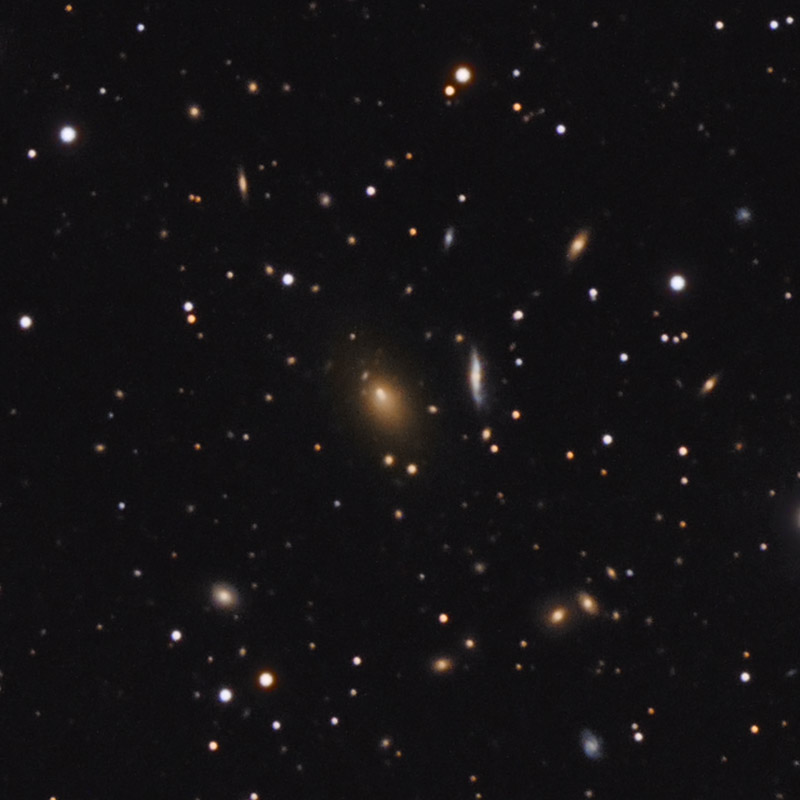 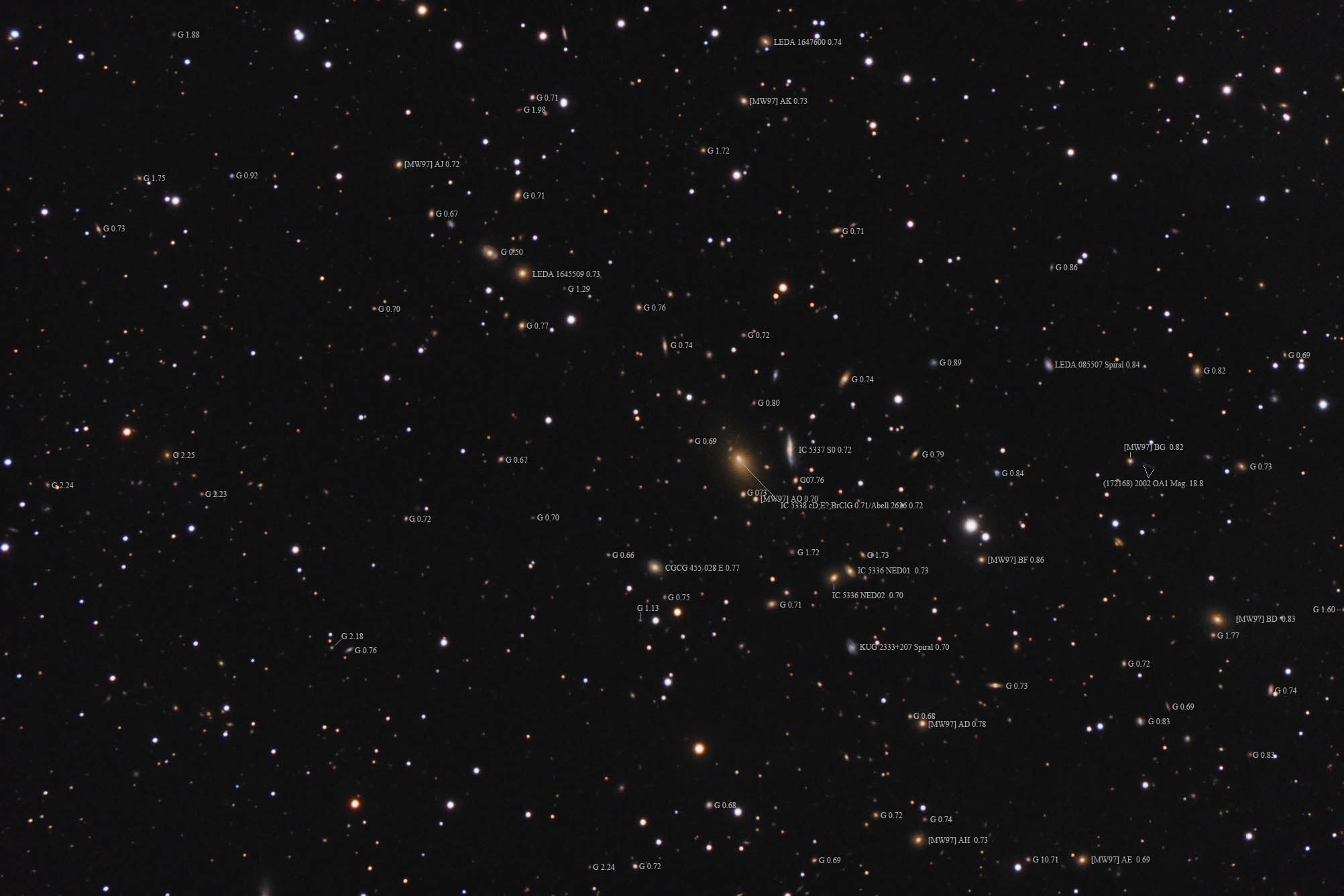 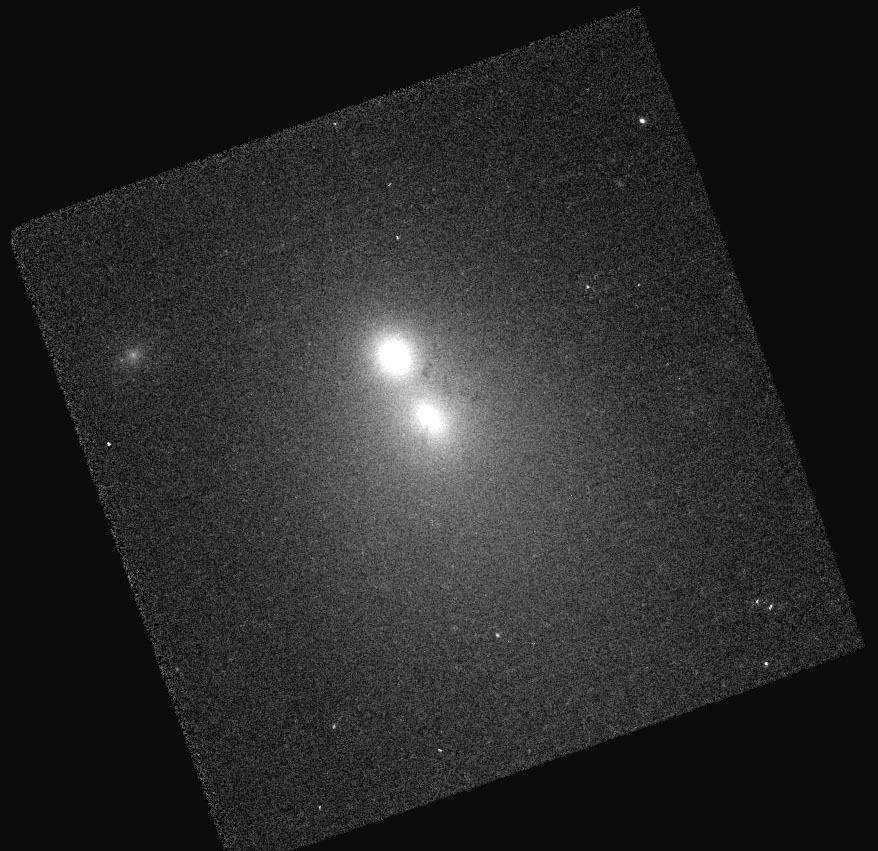