IC 0568 is a huge barred spiral in western Leo about 2.5 degrees above the ecliptic. That usually means lots of asteroids but the night was so hazy only one was bright enough to be visible even in the original FITs luminance stack. Its trail is very short, only a few seconds long. It was at the end of its retrograde loop and starting to move back to the east. The motion was about equally to the north and east

I say huge as I measure it at 244,000 light-years across. If it is tilted, even a little bit, that will be too small. The other IC galaxy at a similar redshift is about 79,000. Has something drawn out the arms of IC 0568 to this unusual size? NED lists what appears to me to be just a bright area in the upper arm. I\'ve labeled it in the annotated image. It has a similar redshift. That could mean it is just part of the galaxy or that it is now merging with the galaxy. I favor it being part of the galaxy. I needed a much better night to have pulled the extended arms out better than I did. I had nothing below magnitude 22 that was visible. So the annotated image is mostly barren of faint distant galaxies. Many nearby ones had no redshift data.

IC 0570 has a rather off-center core with faint arms to the west but not the eastern side. There\'s a flat edge on galaxy on the northwestern edge of the galaxy. I found it not in any catalog carried by NED or SIMBAD. How it was missed I don\'t know.

Both IC galaxies were discovered by Stephane Javelle on January 15, 1894. 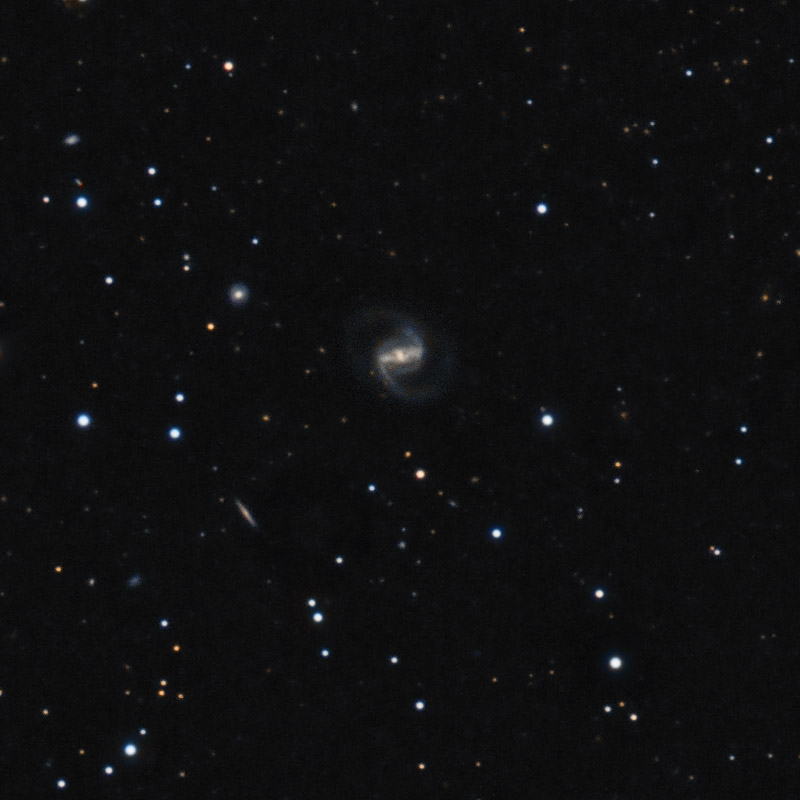 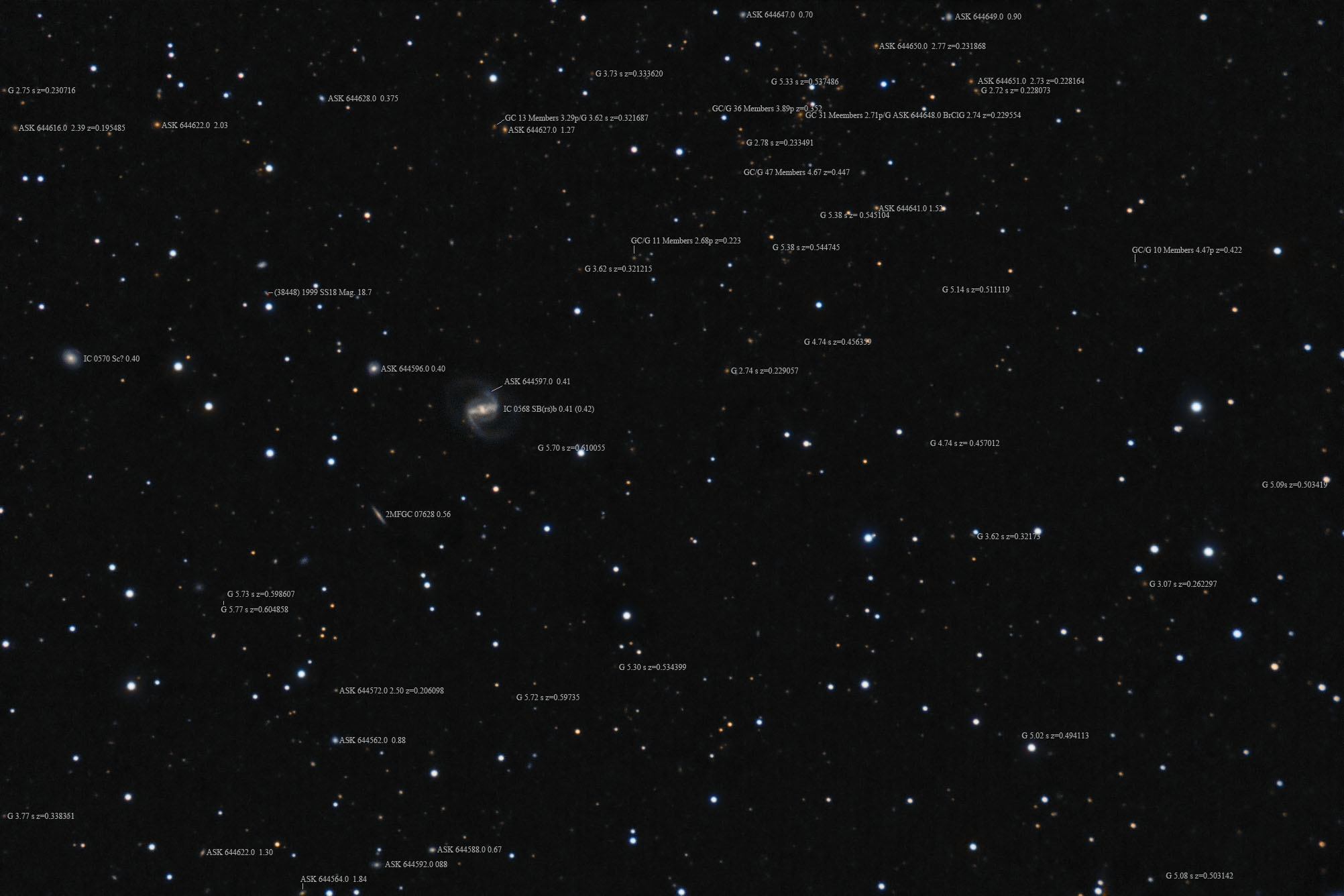