IRAS 20351+2521 is a nearly merged pair of galaxies in Vulpecula about 440 million light-years distant per redshift and 450 million light-years distant according to the HST write-up on this object. Including the large plume of new stars to the north, it is still only about 87,000 light-years across. NED classifies it simply as a spiral galaxy and notes it is a Luminous Infra Red Galaxy (LIRG). The strong IR in such galaxies is usually due to strong light from massive new stars buried in dust so their light is absorbed by the dust then re-emitted in the infrared region of the spectrum. While not always an indicator of galaxy interaction that is often what causes such star birth activity. The HST page on this one has little more to add but for a bit better resolved image of the galaxy at: http://www.spacetelescope.org/images/heic0810cb/

Residing on the edge of the Milky Way deep in the \"Zone of Darkness\" it resides in a very rich field of stars. The dust of our galaxy is obscuring distant galaxies as only a very few are seen in my image. NED lists a dozen visible at microwave frequencies (super deep IR) or very short radio frequencies, take your pick. None have any useful information for an annotated image so none was prepared.

Like much of this year conditions were poor as to transparency the night I took this image but fairly good as to seeing. Dawn limited me to one frame per color. I lucked out and space junk only hit the luminance frames so one frame was sufficient. 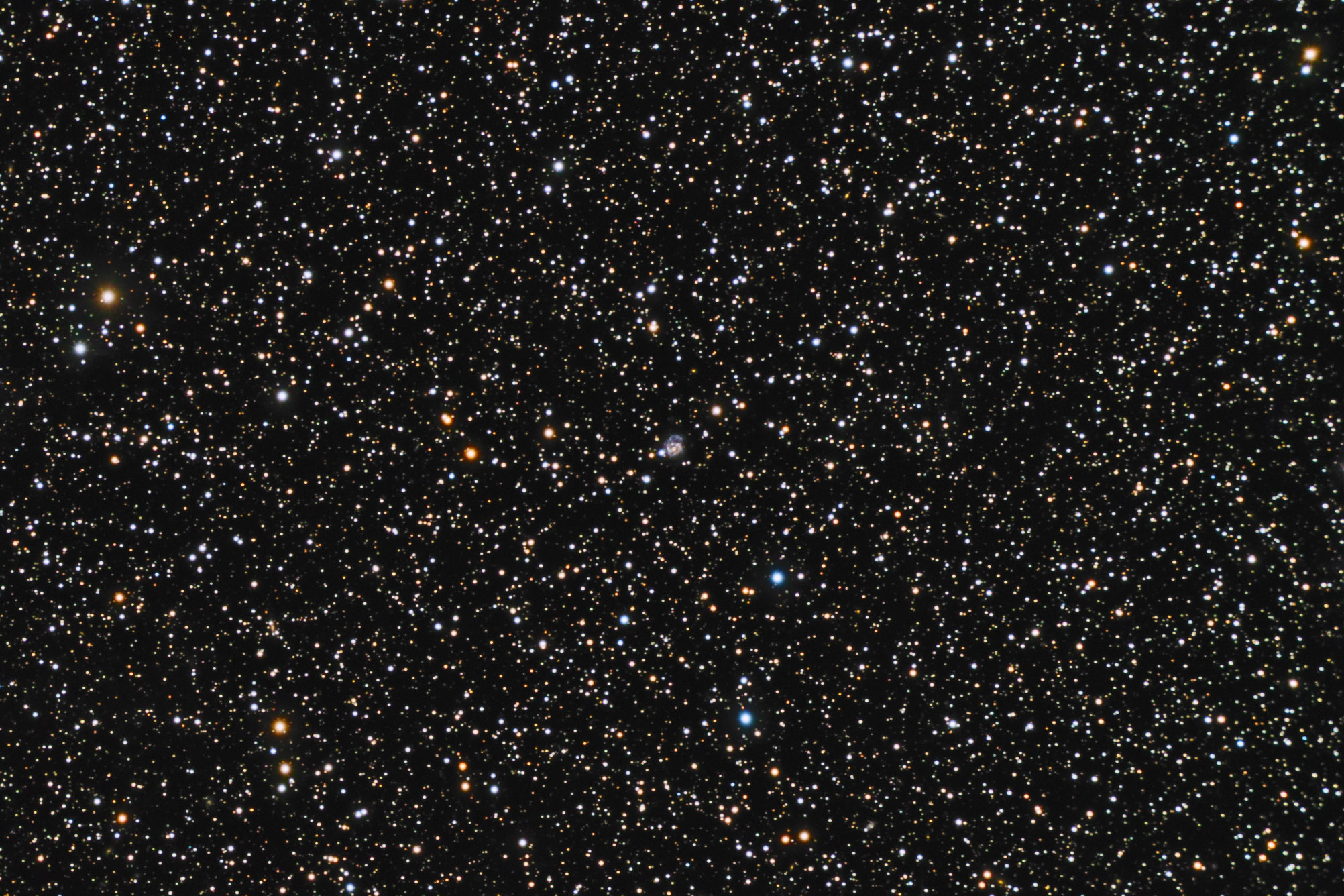 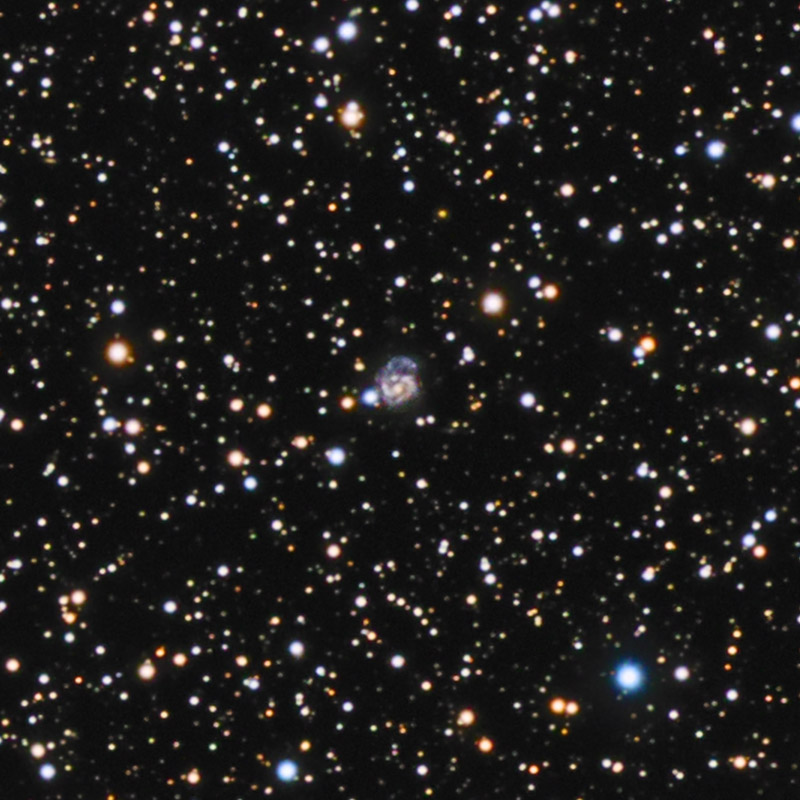