The messy blue galaxy is kkh 003. NED classifies it as an irregular galaxy but adds a question mark indicating this is, well, questionable. It is located in northwestern Cetus about 170 million light-years distant It contains three blue star clouds almost in a line on its west side. NED refers to these as separate galaxies. Redshift for the upper two is virtually the same as for kkh 003 indicating they are really part of the galaxy. The lowest one has no redshift but I see no reason to assume it too is just a star cloud in the galaxy. It seems to have two faint horns going northeast from either side of the galaxy. I didn\'t see these in the POSS image I used when deciding to add it to my to-do list. If I had I\'d have used more time to help bring them out. I already used twice my normal luminance data but it needs even more. Unfortunately, this one has no research on it other than basic parameters. To me, it looks possible it is the result of a merger. Note that\'s just possible. It may just be a rather ordinary blue irregular galaxy. One source called it a dwarf irregular. But if you include the faint \"horns\" it is about 50 thousand light-years in size which is rather large for a typical irregular galaxy, one reason I\'m considering it being due to a merger. Another is due to the horns which could be plumes ripped from galaxies it has consumed. Pure conjecture on my part as I found nothing on this anyplace.

The kkh catalog is what the authors, Karachentseva, Karachentsev and Huchtmeier found from the Palomar plates that they interpreted to be rather nearby dwarf galaxies. That would be true of kkh 003 if it were that close but it is nearly 6 times that distance and thus not a dwarf though it sure looks like one. Redshift data for most of these were not available at the time of the catalog so errors like this aren\'t surprising. While the catalog is named for the authors, NED lists it in lower case so I followed their example.

The annotated image includes all galaxies, quasars and candidate quasars NED had on its site. 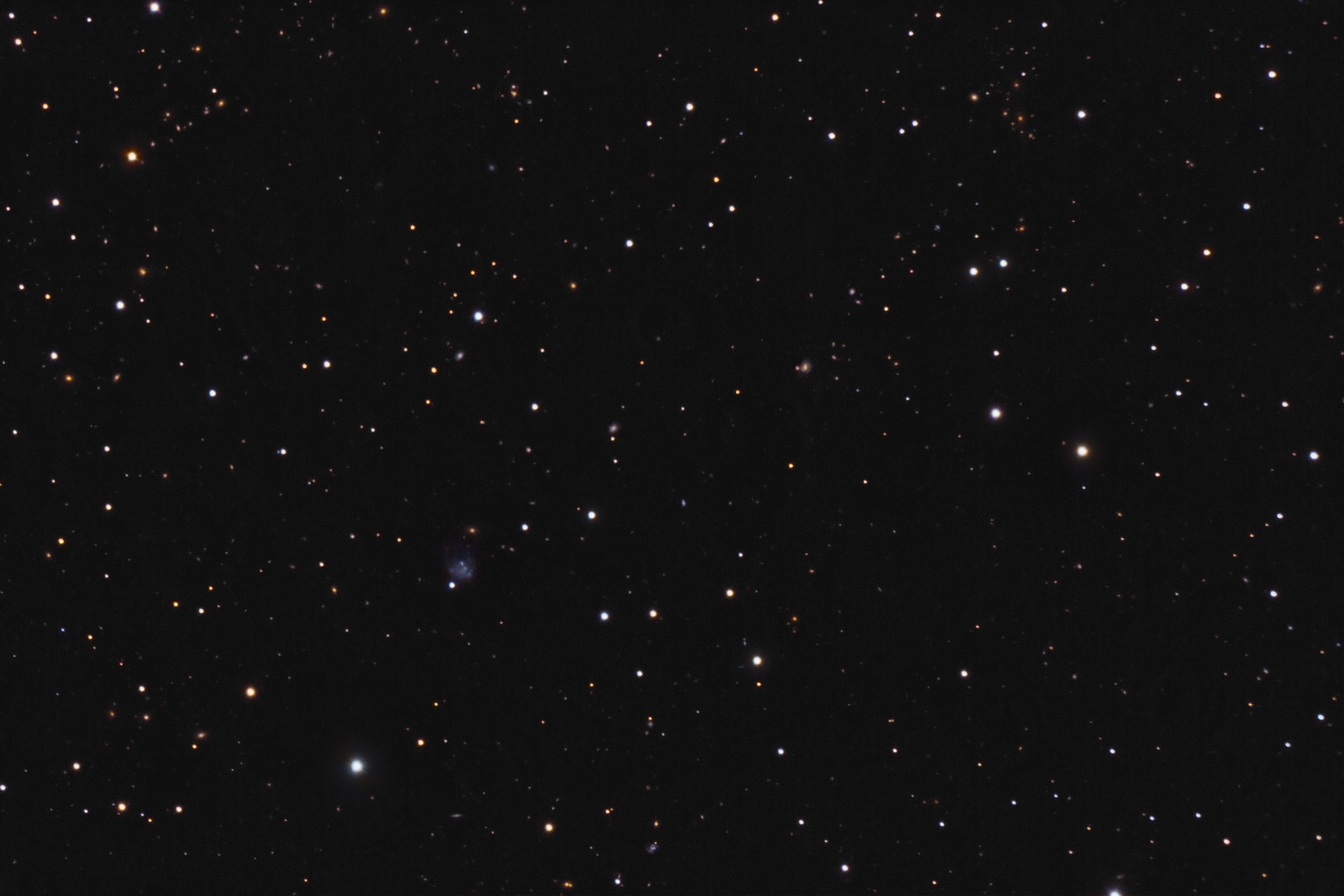 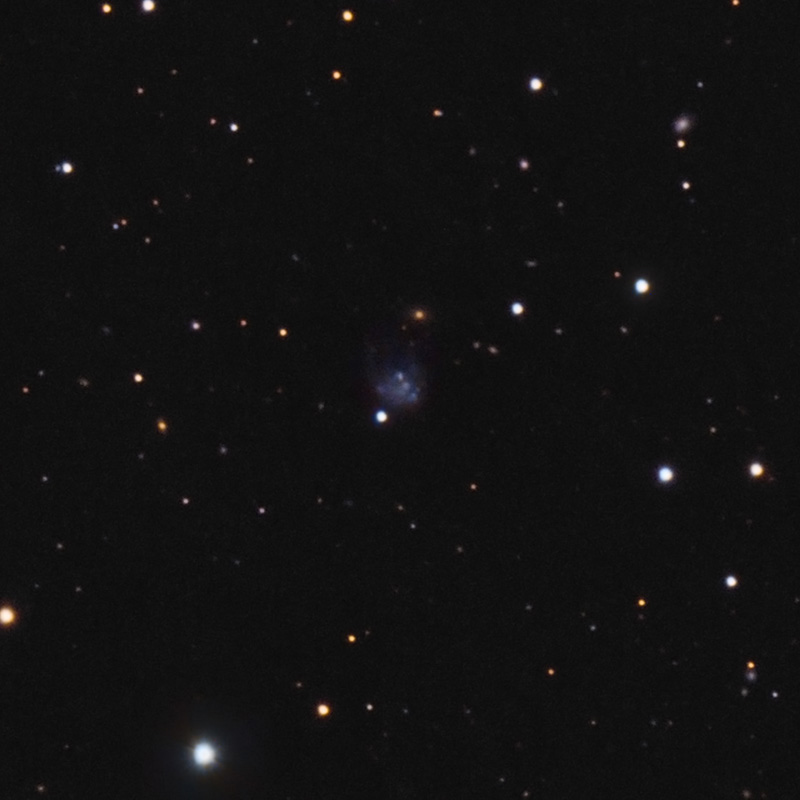 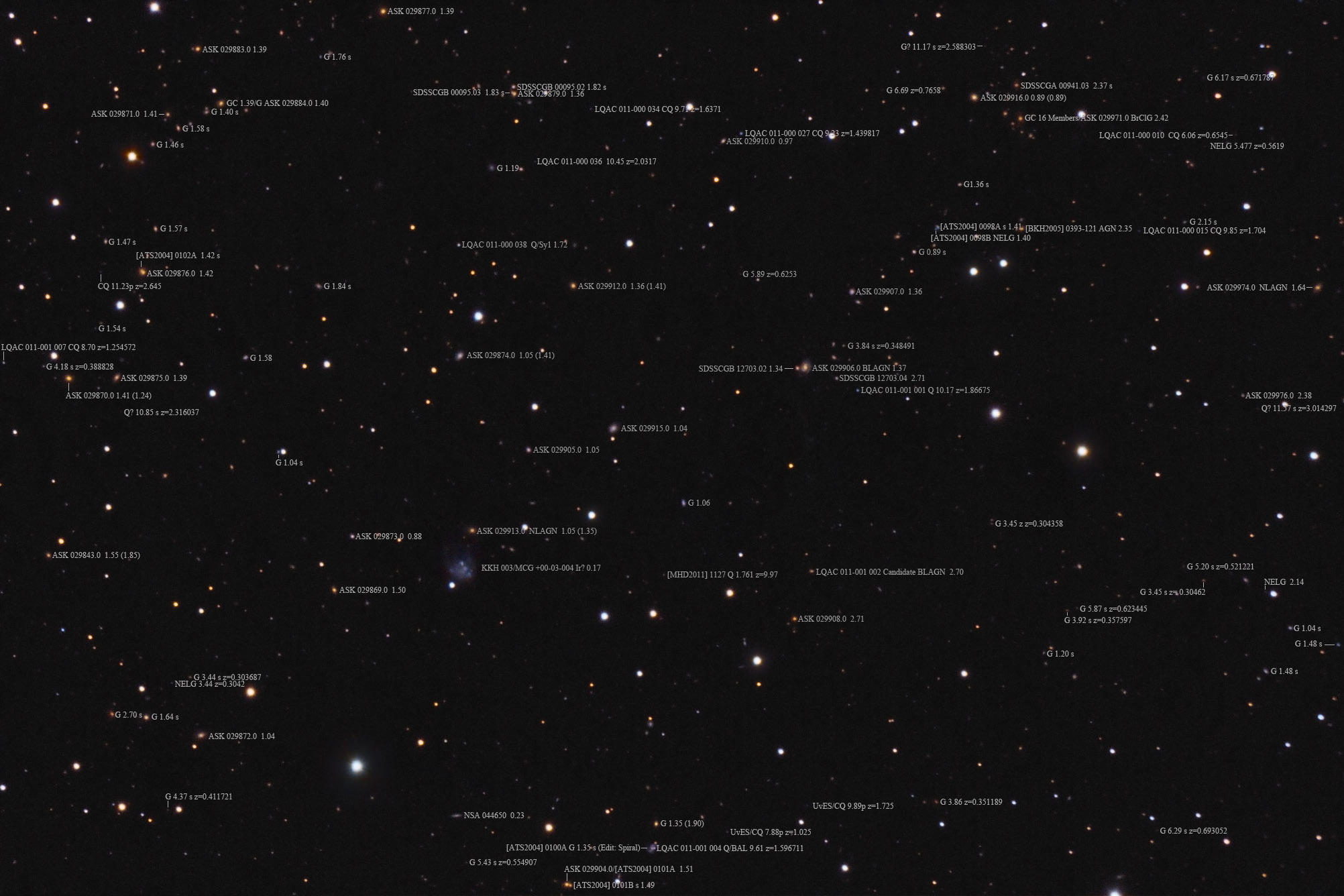