KKH 005 is a low surface brightness, dwarf, irregular galaxy not even recognized as a galaxy until 2001. Most consider it a member of the Maffei/IC342 group though it is located at its very edge. The one paper I found on it ( https://www.aanda.org/articles/aa/pdf/2003/05/aa3077.pdf ) says it \"appears to be well resolved into stars.\" I found a couple HST frames of the galaxy that are quite noisy. Not able to tell the difference between noise and stars I\'ve not tried to process it. The Planetary camera appears to resolve a lot of widely spaced stars and noise specks. The galaxy is nearby and has a blue shift so that is unavailable for a distance estimate. The one paper I found on it calculates a distance of about 14 million light-years based on the tip of the red giant branch. Since the brightness of these stars is thought to be known, by comparing this to the apparent magnitude and accounting for dimming for gas and dust between us and the galaxy, its distance can then be calculated. Usually, I can see stars in galaxies this close but Maffei galaxies are so obscured it isn\'t surprising I don\'t see any stars.

Since the galaxy is about 40 arc seconds long it is very small. Assuming the 14 million light-year distance it is only about 2,700 light-years across. A small dwarf indeed. 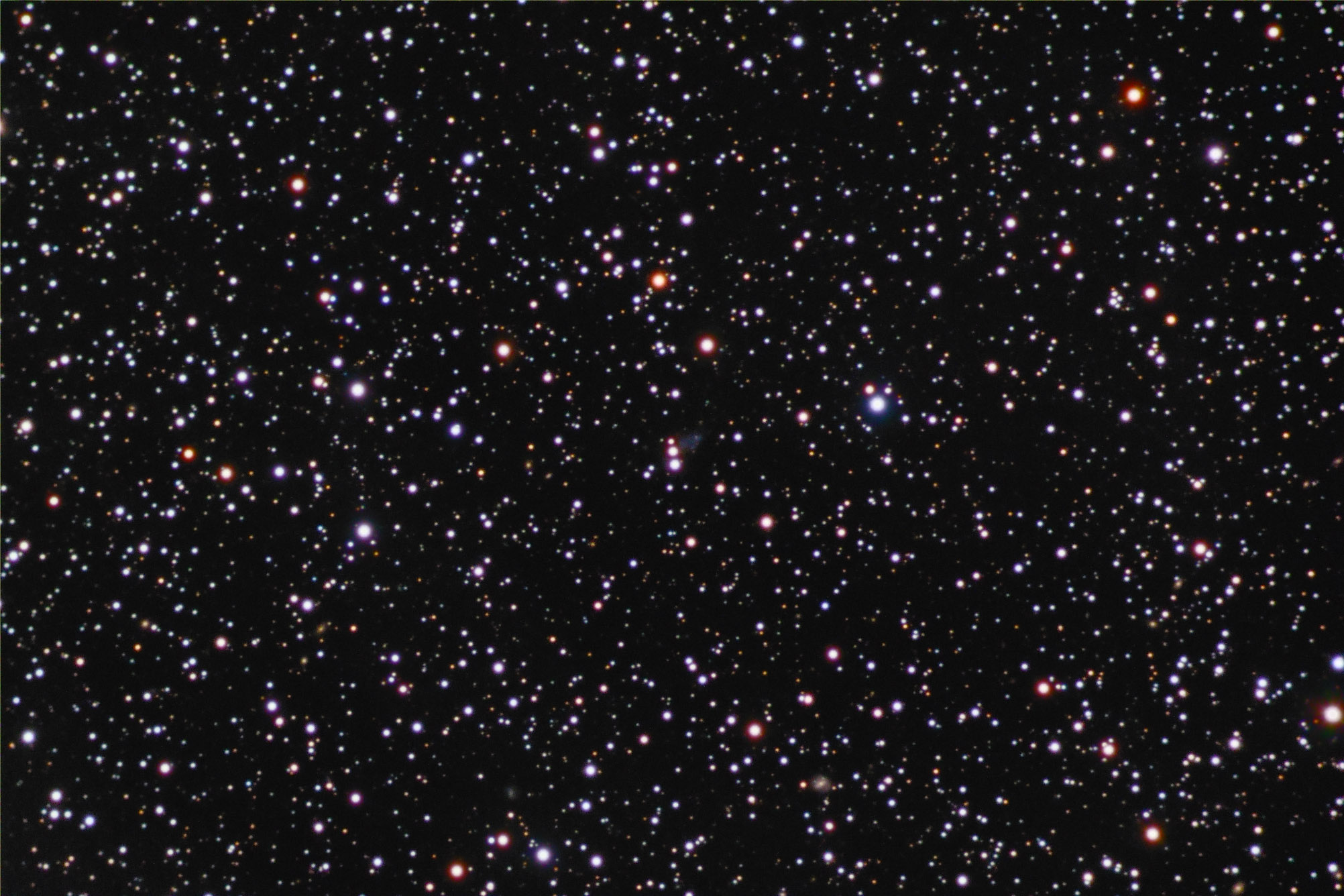 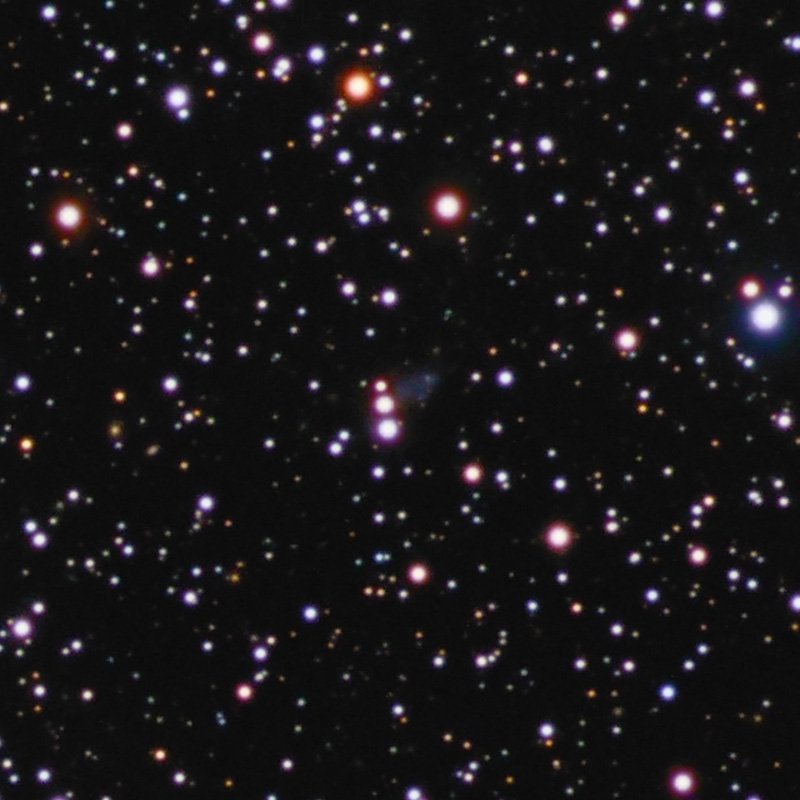