KKH 037 (MAILYAN 016/LEDA 095597) is the northernmost member of the Maffei group of nearby galaxies. It is located a bit less than 10 degrees from the pole in Camelopardalis. Being so far north it is relatively unobscured compared to most of the group that is further south and very reddened by our galaxy\'s dust and gas. In this case, it really is a tiny dwarf galaxy. It is part of the group that is about 10 to 11 million light-years from us. I\'m going with the greater distance here as that is what two of three Tully Fisher measurements say with the third not significantly closer. NED classifies it as simply an irregular spiral. It seems to have a fairly orderly spiral structure in my image but for the fact it is totally blue. Even the core is blue indicating its light is dominated by young massive and hot stars right into the core. This is likely why it has both a spiral and irregular classification. At the 11 million light-year distance it is only 2,700 light-years across. Really small for a disk galaxy like a spiral but rather common for dwarf irregular galaxies.

I found very little on it. There is an elongated somewhat red object on its northeastern edge (upper left) that a note at NED says is a distant background galaxy. It isn\'t listed in NED. In fact, only 4 other galaxies are in listed in NED, none with even a magnitude let alone a distance estimate. All are from the 2MASS listing. Therefore no annotated image was prepared. There is a fainter, blue elongated object due east (left) of the core. I assume it is a star cloud in the galaxy. I found no mention of it. 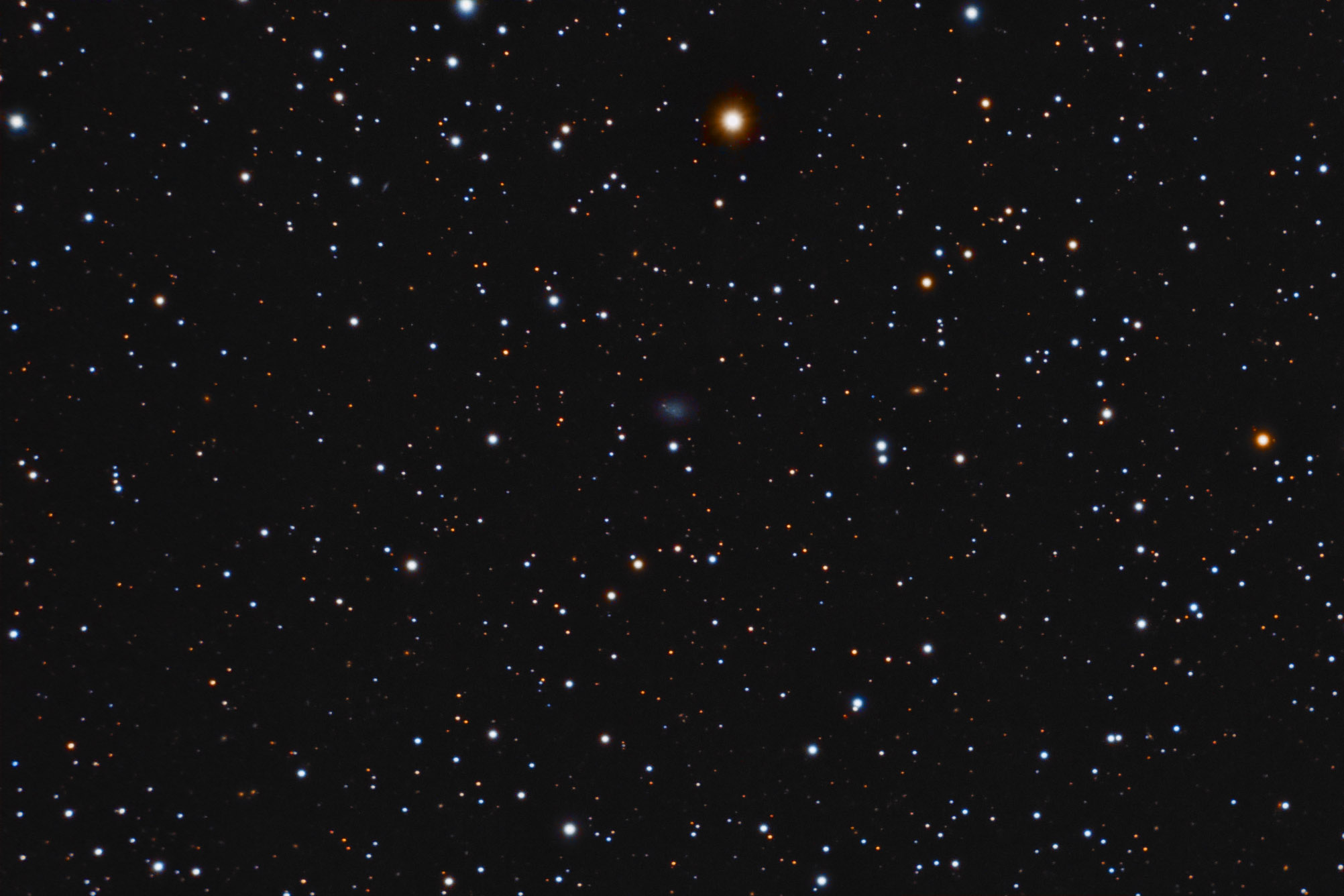 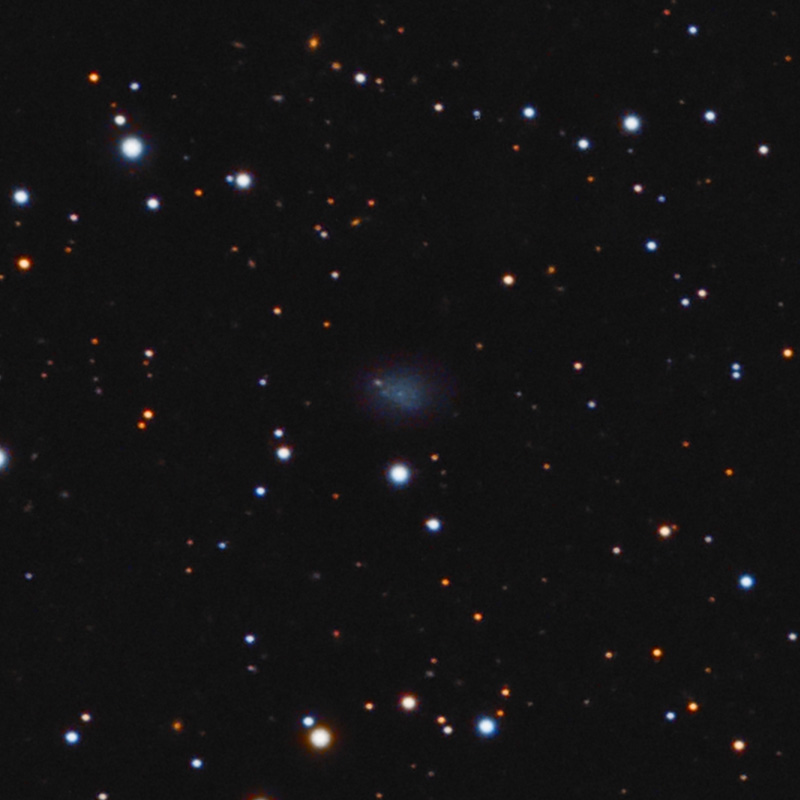