kkh 42 also known as UGC 4129 is a double galaxy in northern Cepheus less than 4 degrees from the pole only 84 million light-years away by redshift. It\'s two components are MCG +14-04-044 and MCG +14-04-045. I find very little on this system. It appears the two are interacting but whether they will merge or not I don\'t know. The system, including the plumes, is only some 26,000 light-years across so they are dwarf systems. Is the blue color due to massive star formation due to their interaction or were they blue before that happened? Lots of questions but no answers that I could find. I don\'t even know how it came to my attention. I never noted that in my notes. It certainly would have fit any of several of Arp\'s categories yet it isn\'t on my Arp-like list. I can\'t understand why it wasn\'t there.

Being so close to the pole there\'s little information on the field. Only this galaxy has redshift data at NED. NED only lists a handful of galaxies for the field, all of which are on the annotated image as without listing them there\'d be no need for the listing. NED does list over 500 Ultraviolet Sources in the field, some of which are galaxies but the vast majority are just stars. The couple NED did also list as galaxies are in the annotated image with a Galex label. What few other galaxies I checked specifically aren\'t listed at NED under any category.

Like many of my images, this spring clouds moved in necessitating three different nights of images. to get the 10 usable ones I used. One night cleared suddenly not giving me time to properly cool the scope but it was the night of best seeing so three of those frames were used for the Luminance channel even with the tube currents. They add a little blob to the west side of bright stars, especially on the eastern half of the image. Why the problem faded on the western side I don\'t understand. 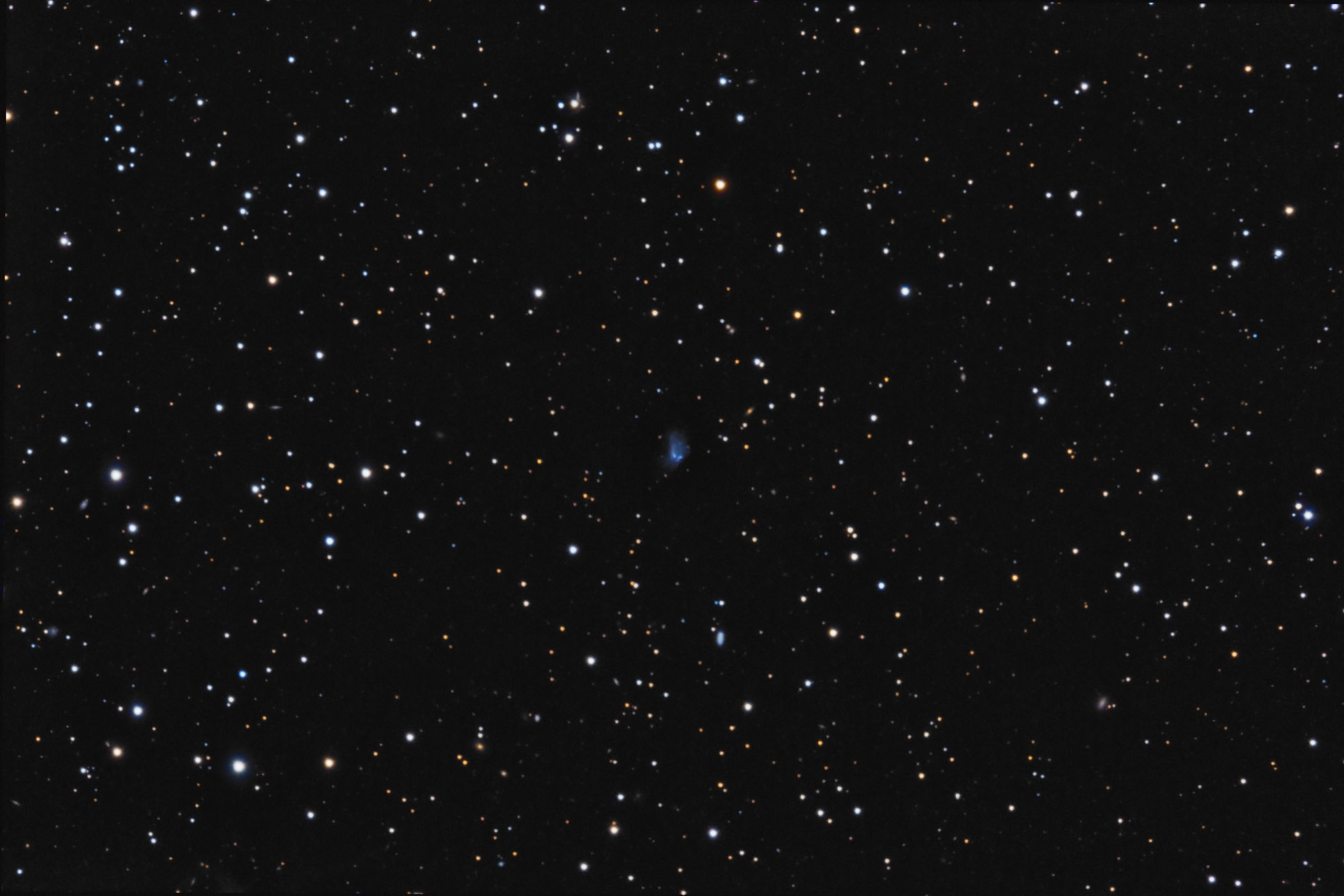 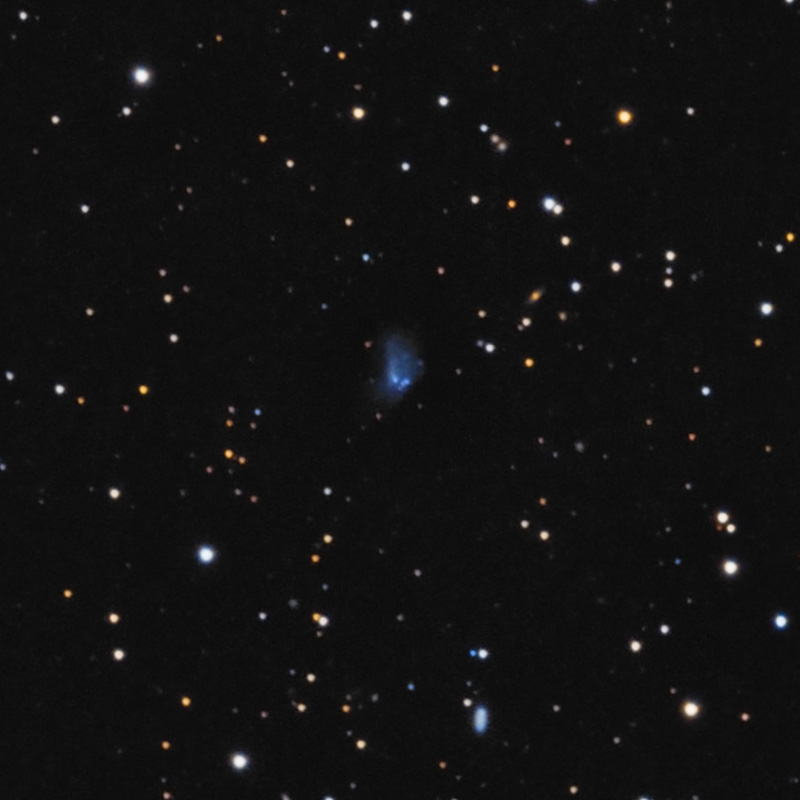 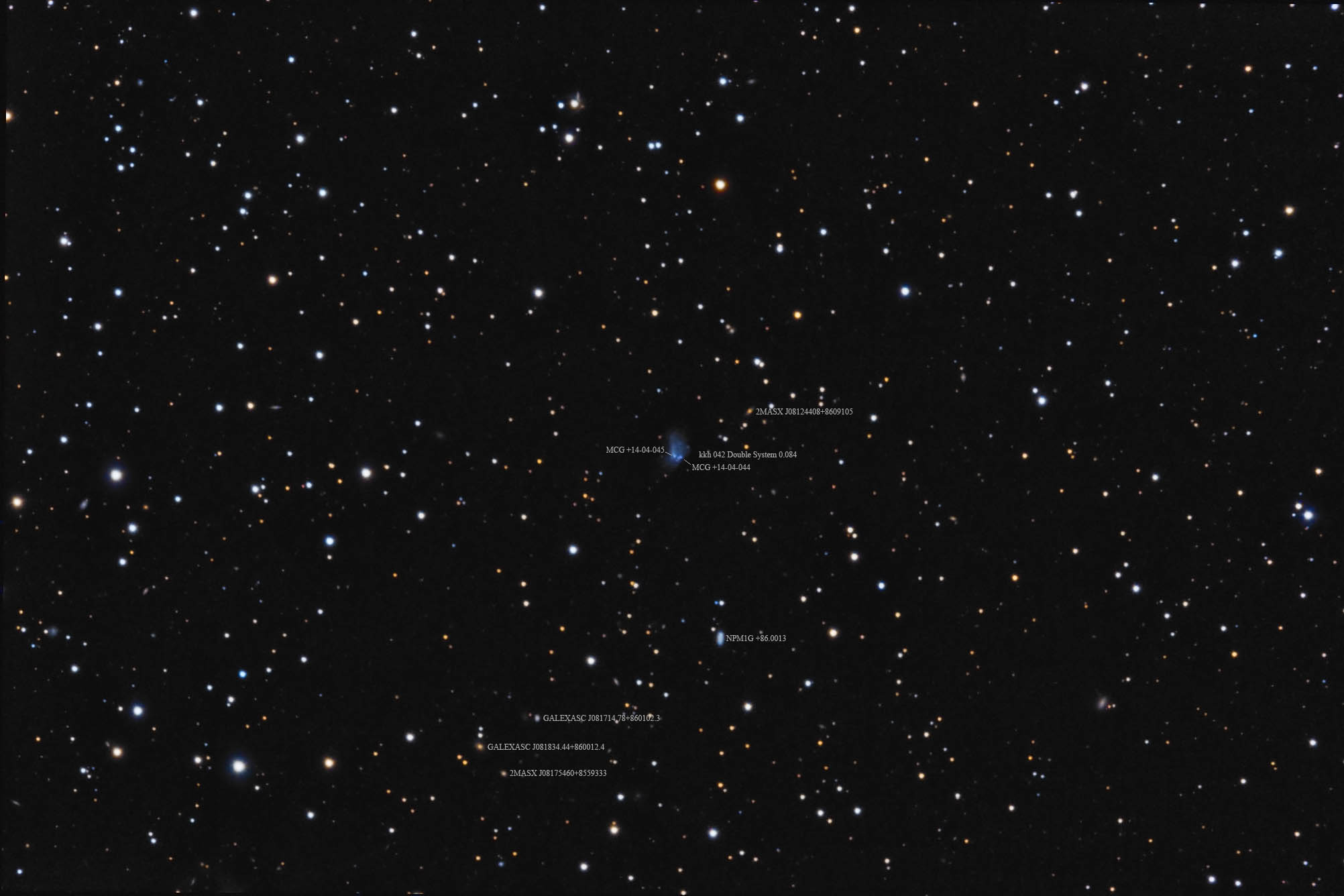