This field is located in northeastern Virgo very near the border with Bootes. It contains two objects I had on my to-do list. FGC 179A a flat galaxy, about 73,000 light-years across. For some reason, NED shows it as an irregular Magellanic galaxy rather than an edge on spiral. It does seem not to have a dust lane. It\'s companion in distance anyway, kkh 84 a very blue irregular galaxy that looks like a dwarf but is a bit large for one at 30,000 light-years. It is just classified as an irregular galaxy. Both are 70 million light-years distant by their redshift so likely part of the same group. Unfortunately, I found very little on either of these galaxies. Both have a rather low surface brightness.

To make the Flat Galaxy Catalog the galaxy must be at least 40\" of arc long and have a length to width ratio of at least 7:1. In most galaxy catalogs when a letter is appended to the number it means the galaxy is very nearby its namesake in angular distance. They may actually lie millions of light years apart in three dimensions. But with the FGC this isn\'t the case. In fact, FGC 189 lies almost exactly 180 degrees opposite FGC 189A in Right Ascension. So how they determine this number/letter system is a mystery to me. If someone out there knows let me know and I\'ll pass it on. I have to admit I\'ve not had time to delve into this very deeply. Flat galaxies have little to no central bulge. Studies are showing that the size of a galaxies massive central black hole is proportional to the size of the bulge. Big bulge -- big black hole. That would indicate the galaxies in the FGC are all harboring unusually small black holes for the size of the disk.

The field happened to contain 3 asteroids and an assortment of very distant galaxies along with even more distant quasars and one candidate quasar (CQ) that is very faint. Its redshift has been determined only photographically. These can be wrong so until it has been verified with a spectroscope it will remain a candidate quasar. Too many times I\'ve seen these turn out to be very nearby blue stars in our neighborhood of our galaxy. 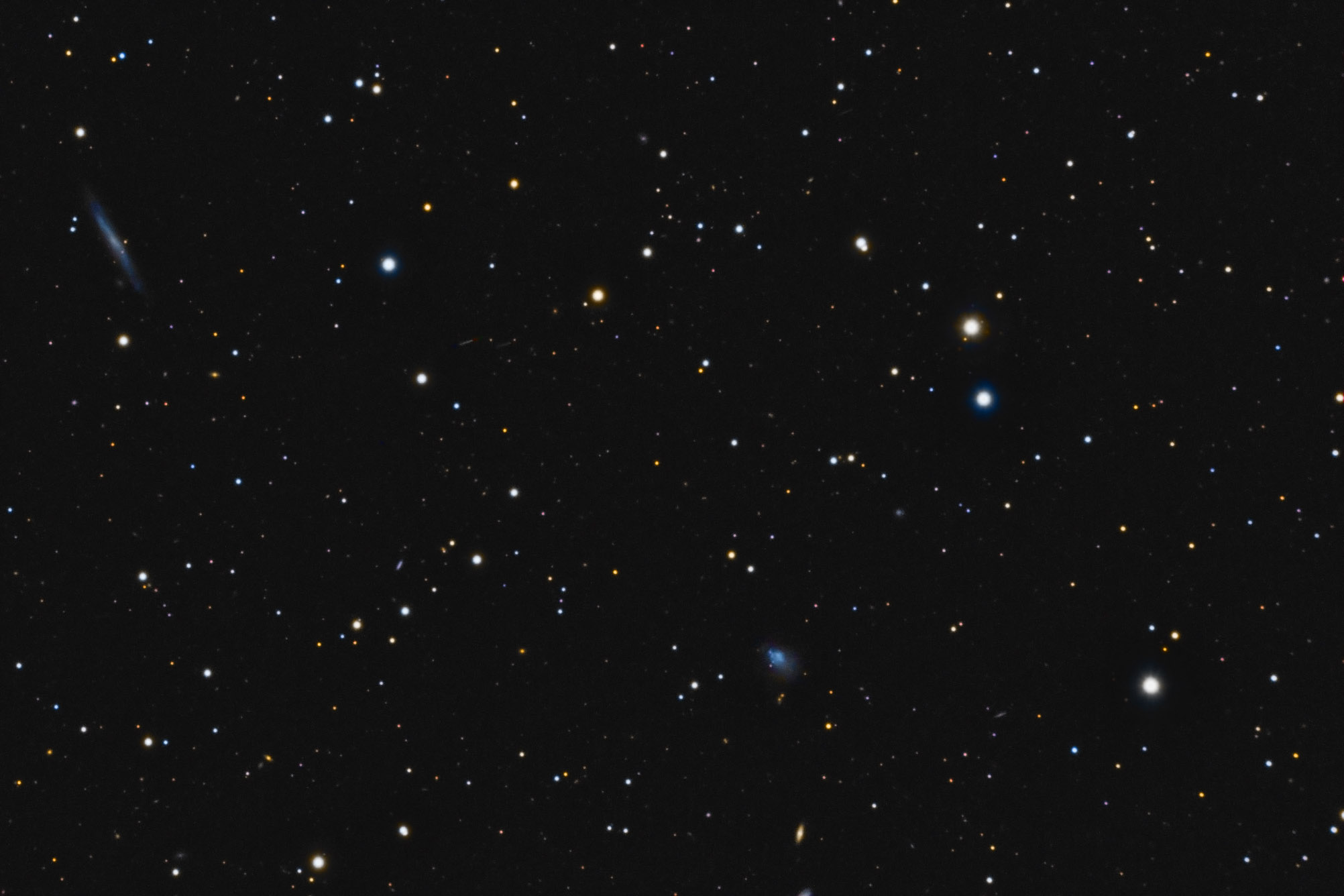 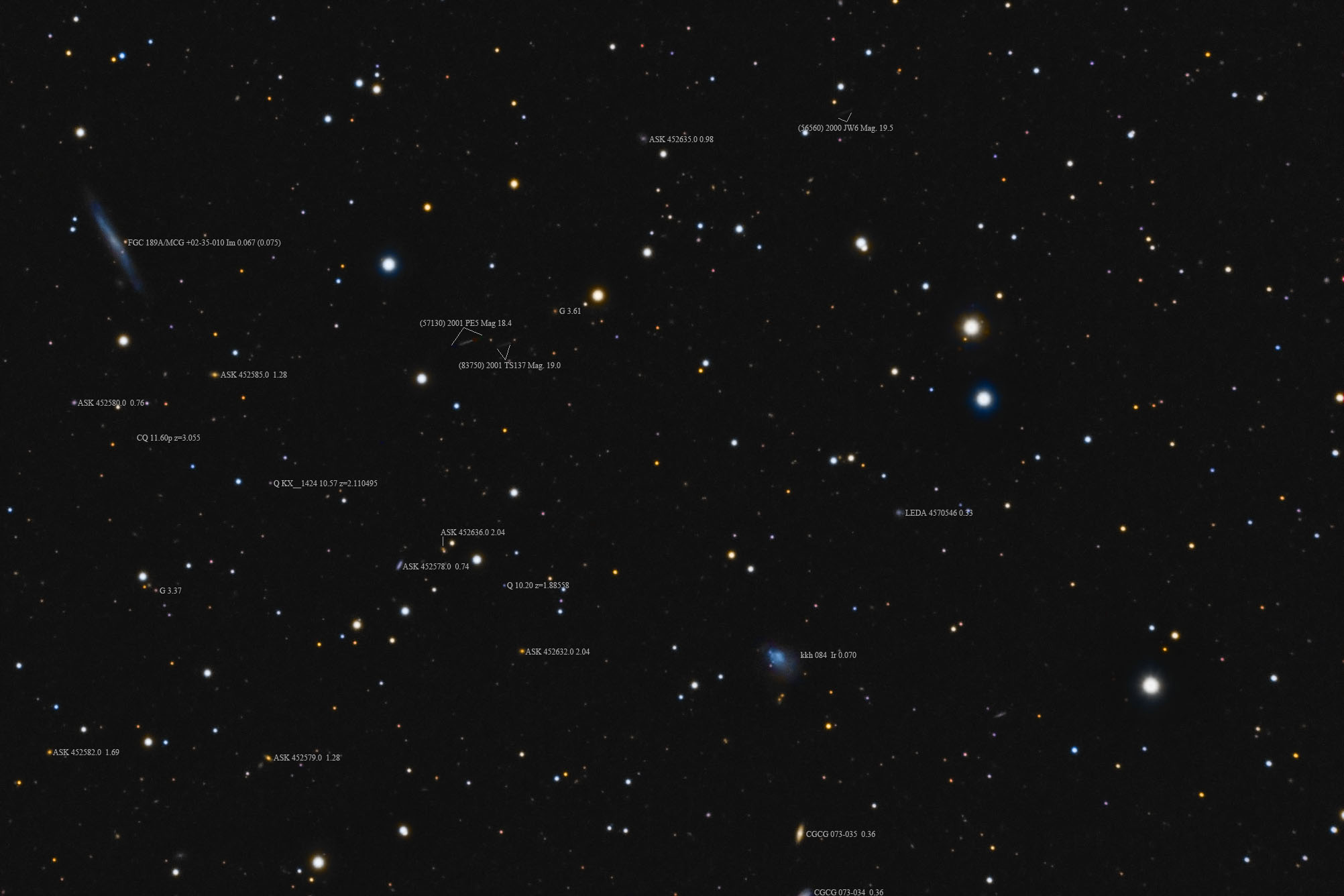