The tiny galaxy kkh 87 is a probable dwarf member of the M101 galaxy group located about 19 to 23 million light-years distant. Some sources don\'t list it as a member but many do. I\'m going to side with those that do include it as a member. I\'ll split the difference and say 21 million which is a good match for M81. Their angular separation of 3.2 degrees would then be a separation of 1.2 million light-years. It\'s size is about 5400 light years making it a rather small dwarf galaxy. A note at NED however says it might be two saying \"North and south portions are possibly separated forming a pair.\" It does show an odd kink in the middle though it has a blue star cloud right at its core assuming it is one galaxy or at the north end of one of two galaxies if considered two galaxies or is that at the south end if it is a member of the northern galaxy. I prefer only one galaxy. The apparent blue cloud at the top right is actually a background galaxy. The orange object at the very top on the left is a star in our galaxy seen against the dwarf. I\'ve included a crude HST image of this galaxy that easily resolves its stars. I see nothing in it to indicate this is two galaxies.

The annotated image shows all galaxies and quasars listed at NED with a redshift. Galaxies and quasars whose only designations are its position are listed only as G or Q. NED lists many galaxy clusters in this field but with such a large error bar and no central galaxy I had no way of pointing them out. There were some very faint possible galaxies at the center of one of the cluster\'s position so I did mark it though the error circle is so large I could be wrong.

This was taken partly the same night as my previous post of NGC 4939 and mostly the next night. Fortunately this one was near the zenith rather than low to the horizon so I was looking through far less gunk. Still seeing was poor for it, just that the background was only 4 times normal for the worst frames rather than 10 so it does go considerably deeper. Still it is a good magnitude shy of what I normally can achieve under average conditions. I\'m much more confident in the color accuracy of this one as well. It uses 8 luminance frames which helped some to get back to my normal depth but still fell somewhat short. Some of the color data was obtained in dawn\'s glow thanks to my short nights in June. I\'m learning to compensate for that however. 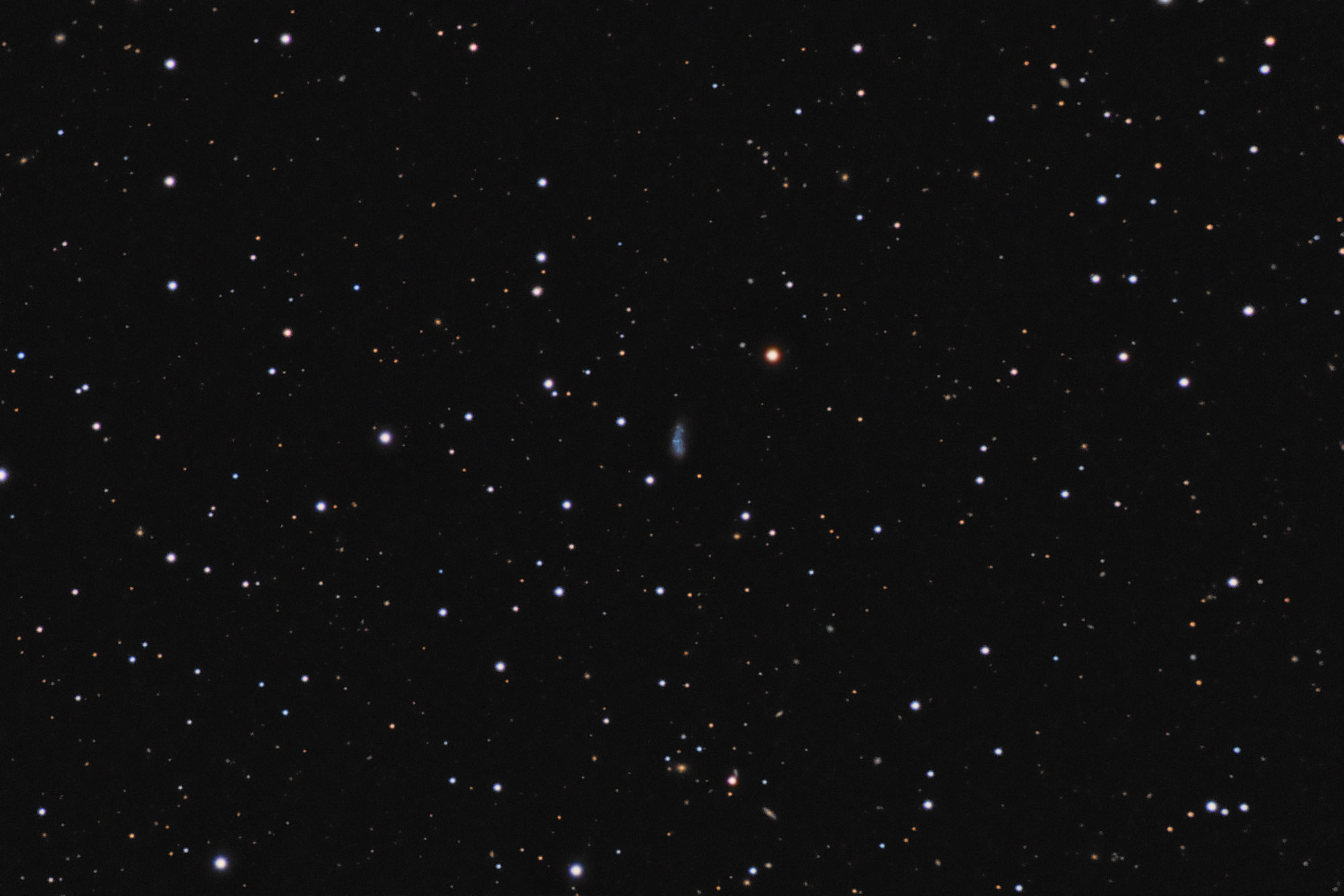 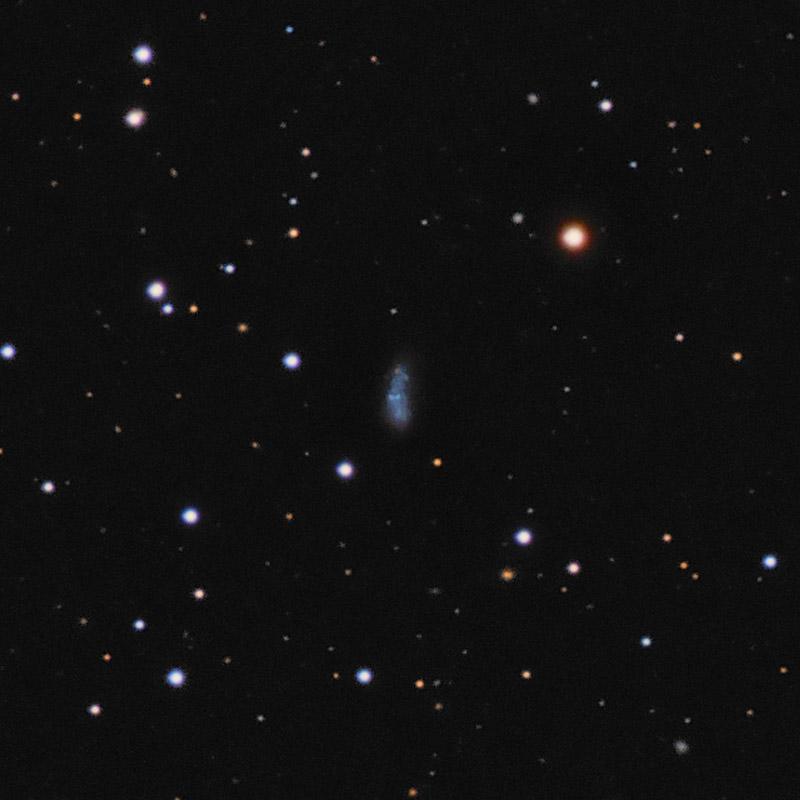 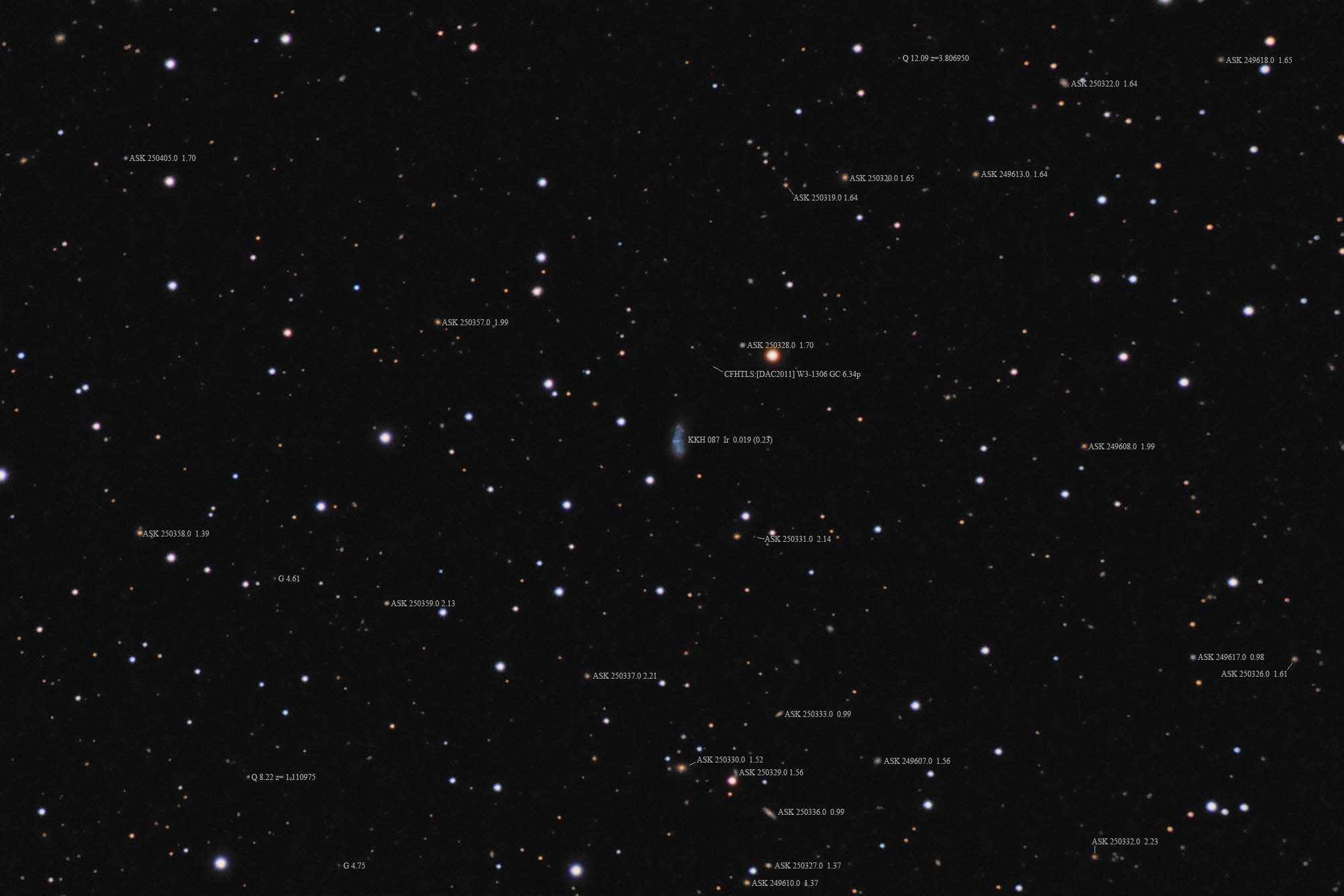