KKH 88 is a blue dwarf galaxy in Draco under the bowl of the Little Dipper. It could pass for a planetary blue egg but is a galaxy. It is about 44 million light-years distant by redshift measurement. The first K stands for Valentina Karachentseva, a Ukrainian astronomer. The second is Igor Karachenstev (no \"a\" on the end). Though that\'s not why I took this image. In fact, it has been on my to-do list for years. The H is for Walter Huchtmeier, a German astronomer.

NED classifies KKH 88 as Sm. I don\'t see the spiral structure. Others call it irregular which I can agree to. Assuming the redshift distance it is about 12,500 light-years across so is certainly a dwarf.

While NED lists over 2000 galaxies in the frame of my image conditions were so poor this night most don\'t show. And not one other than KKH 88 has any redshift information. Not unusual this far north. So no annotated image was made. I took this one as dawn was approaching and had time for only one green frame. I never went back for the second. 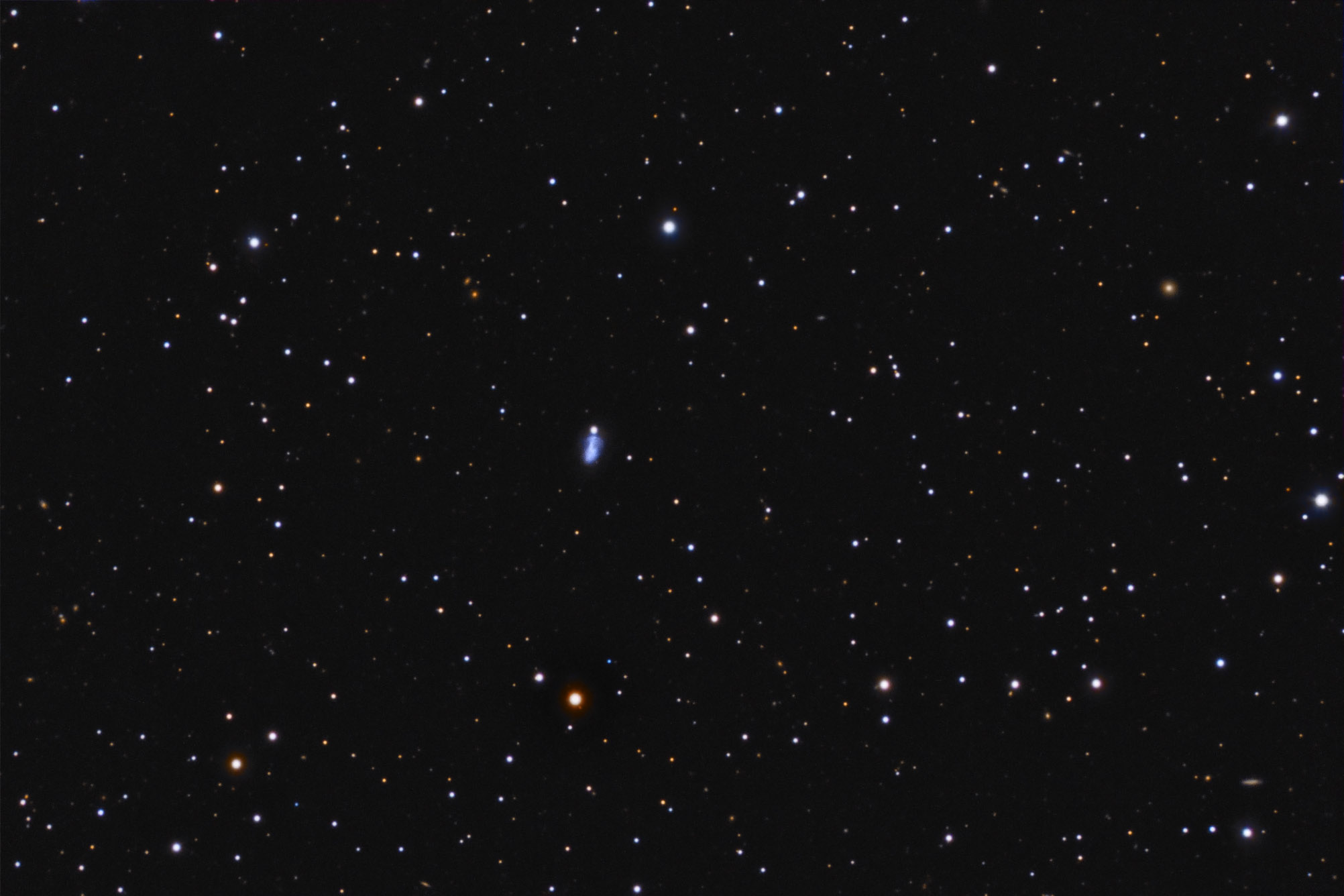 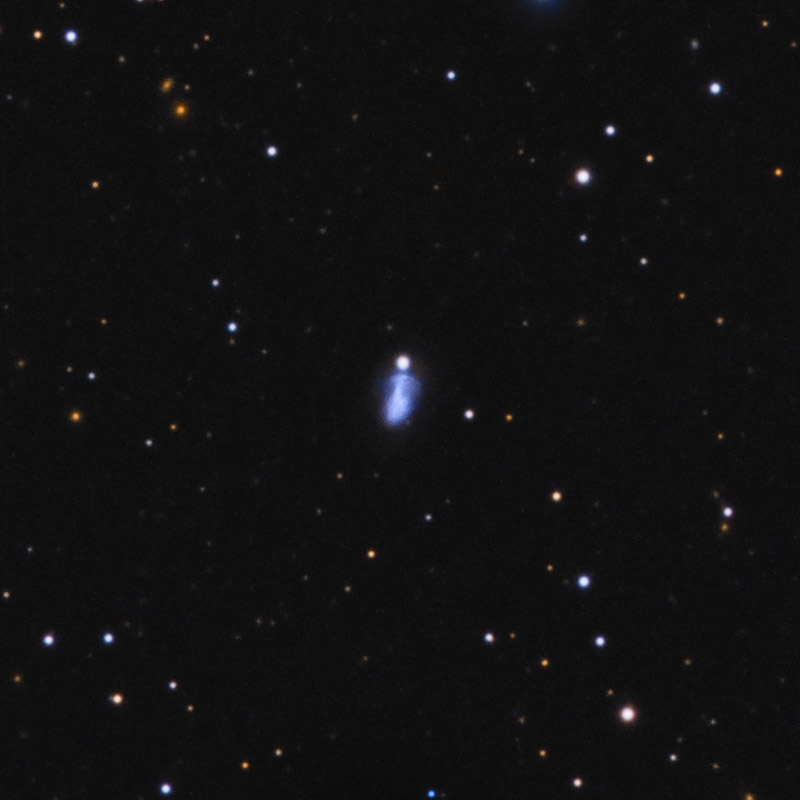