KPG 118 is a pair of galaxies, NGC 2274 and NGC 2275. A note at NED says of this pair \"The ASC and NED agree assigning type E to this galaxy (NGC 2274). According to Karachentseva (1973) this object, together with NGC 2275, is a member of an isolated pair of galaxies (KPG 118).\" Problem is there\'s a third galaxy at the same redshift a bit to the west, UGC 3537, making it a triple system cataloged as WBL 121 and to really complicate things NED lists the galaxy group LDCE 0468 at virtually the same redshift and shows it as containing 12 galaxies. I have no idea which those 12 are. Only 4 with similar redshift is shown in my image, one of these has a higher redshift but may be related. In fact, none of the other galaxies in the image have a redshift listed at NED. Most aren\'t listed at all. Those that are without redshift are all from the 2MASS catalog of IR sources. I\'ve labeled them in the annotated image. In any case, I don\'t understand calling KPG 118 an \"isolated pair.\"

NGC 2275 is listed as S? at NED and Sab at the NGC project. It seems highly distorted but NGC 2274 appears pretty normal. So I am uncertain if they are interacting or not. There does appear to be a hint of a bridge between the two embedded in the outer halo of NGC 2275 but it is very indistinct to me. The barred spiral UGC 3537 is listed as SBcd:. The bar is rather indistinct. Its arms form a ring-like structure about its small core. Both NGC 2274 and 2275 were discovered by William Herschel on October 26, 1786. NGC 2274 is in the second H400 program.

The only other galaxy of note in the image is from the 2MASS flat galaxy catalog, 2MFGC 05420. It wasn\'t flat enough for the true flat galaxy catalog, however. At least it isn\'t listed there. Still, it is quite a nice edge-on thin galaxy. It may be a member of the group though its redshift is somewhat higher. 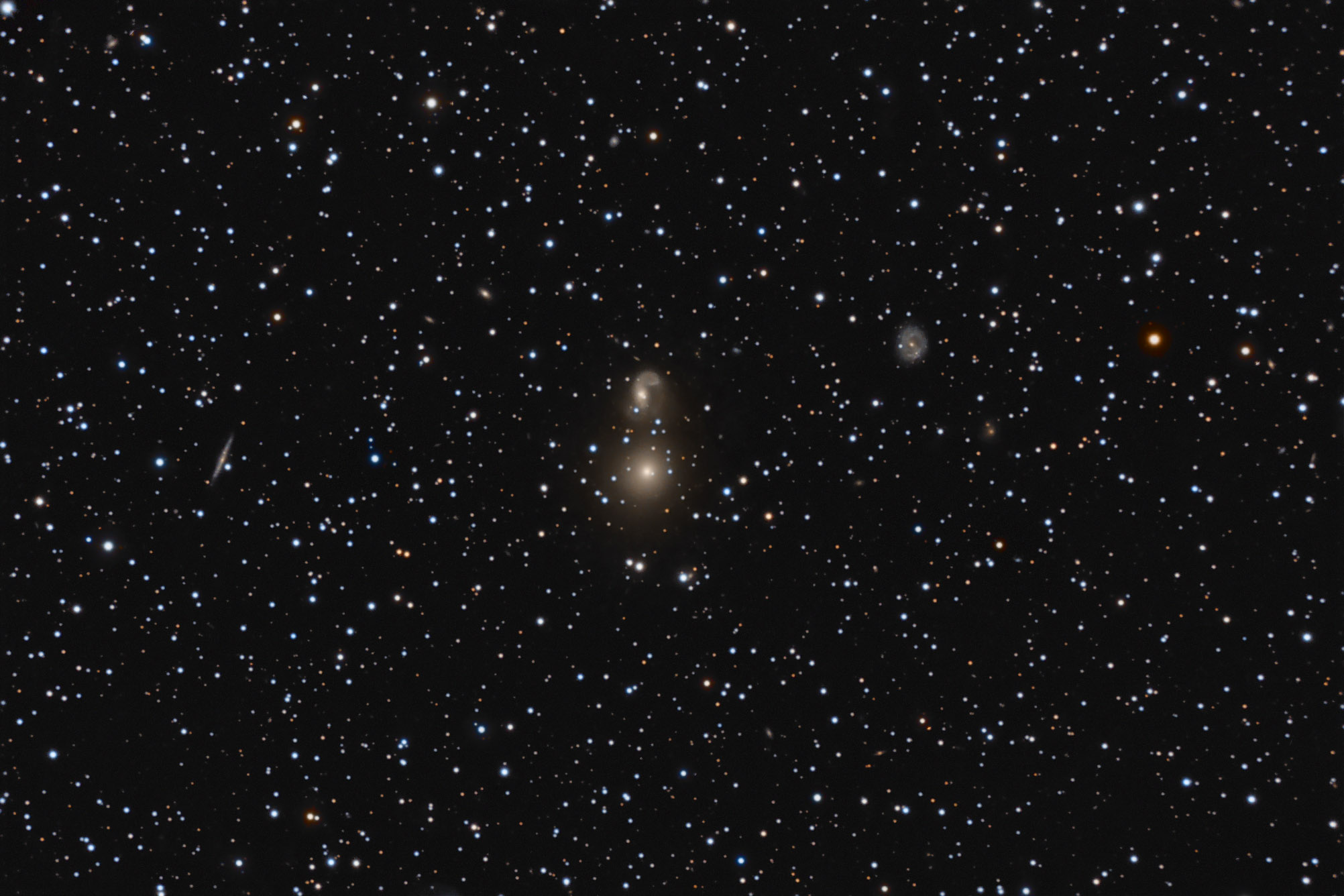 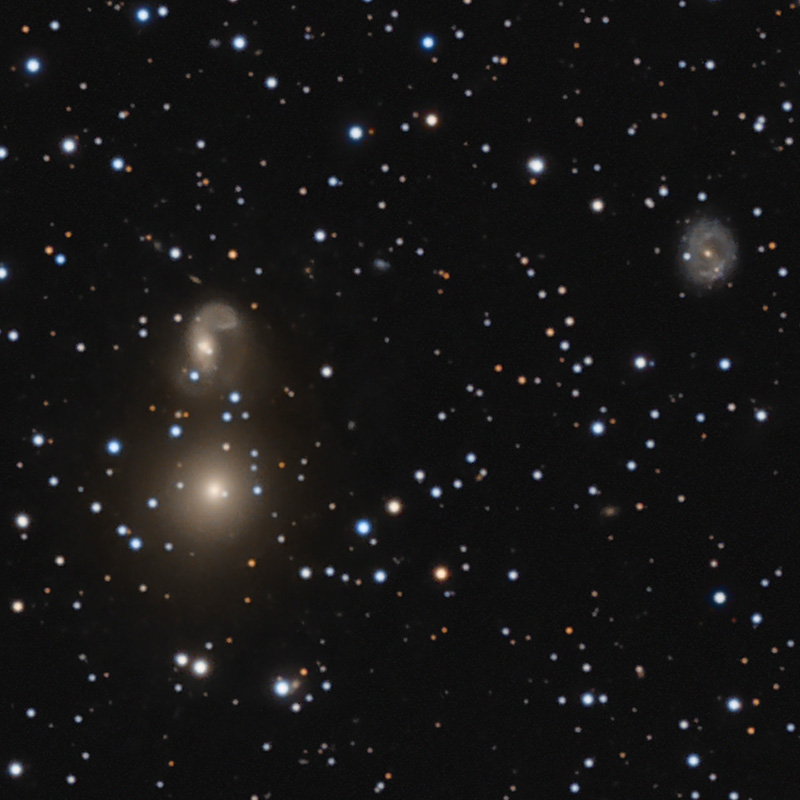 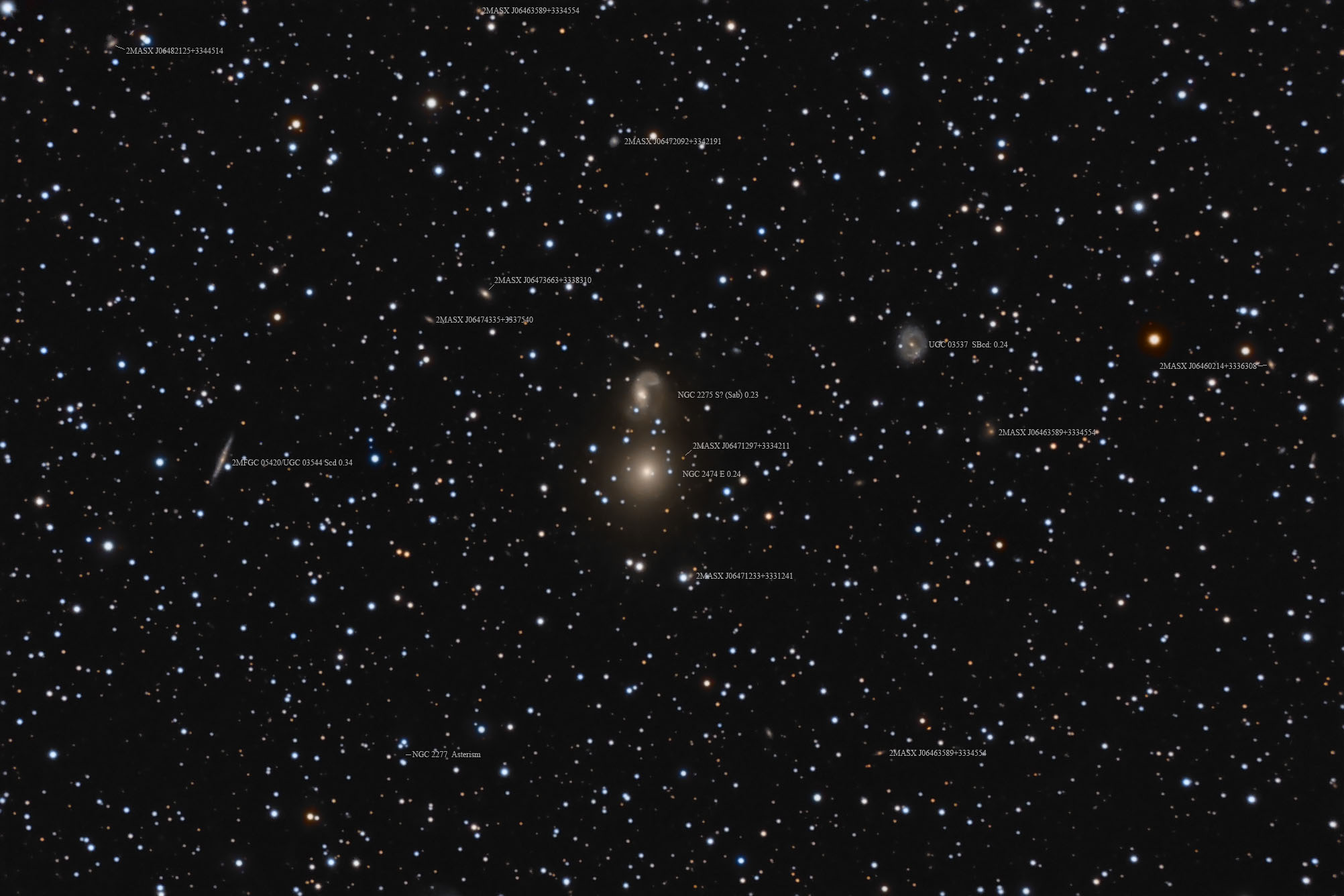