LBN 532 is a nebula in central Cepheus. Simbad lists it as an HII emission nebula. I wanted to see what references had to say about it but Simbad says there\'s no mention of it in any paper since 1850! My attempt to research it came to a sudden halt at that point!

Other than its inclusion in the Lynds Bright Nebula catalog there\'s nothing on it. Looks more like an ERE (Extended Red Emission) nebula to me. This type of emission was unknown at the time of the Lynds catalogs. While it probably contains H II emission (I haven\'t found any images of it at that frequency nor did I take any) it appears much of its emission is due to the fluorescence of carbon compounds due to ultraviolet light of our galaxies O and B stars. The density of the cloud is obvious from the apparent total blockage of light from stars beyond the cloud. Of course, there\'s no estimate of its distance that I could find.

The nebula is so red I got no blue signal from it at all and virtually no green but it is so dark even the red was weak in the densest areas. HII usually, but not always, includes H beta emission seen in blue-green light. I didn\'t see any hint of such emission. Thus, I think most of the red I did pick up is from ERE rather than HII. I\'d need to take an image in H alpha to prove this. For a nebula that is nearly pure bright ERE see images of the Red Rectangle. The red dust lanes in some of my galaxy images are also due to ERE.

For those interested in ERE there are many papers on it if you search the term. For those with hip waders, I found this one interesting.
http://arxiv.org/PS_cache/astro-ph/pdf/0309/0309674v1.pdf
For a more layman\'s approach see:
http://www.space.com/3658-mystery-red-space-glow-solved.html 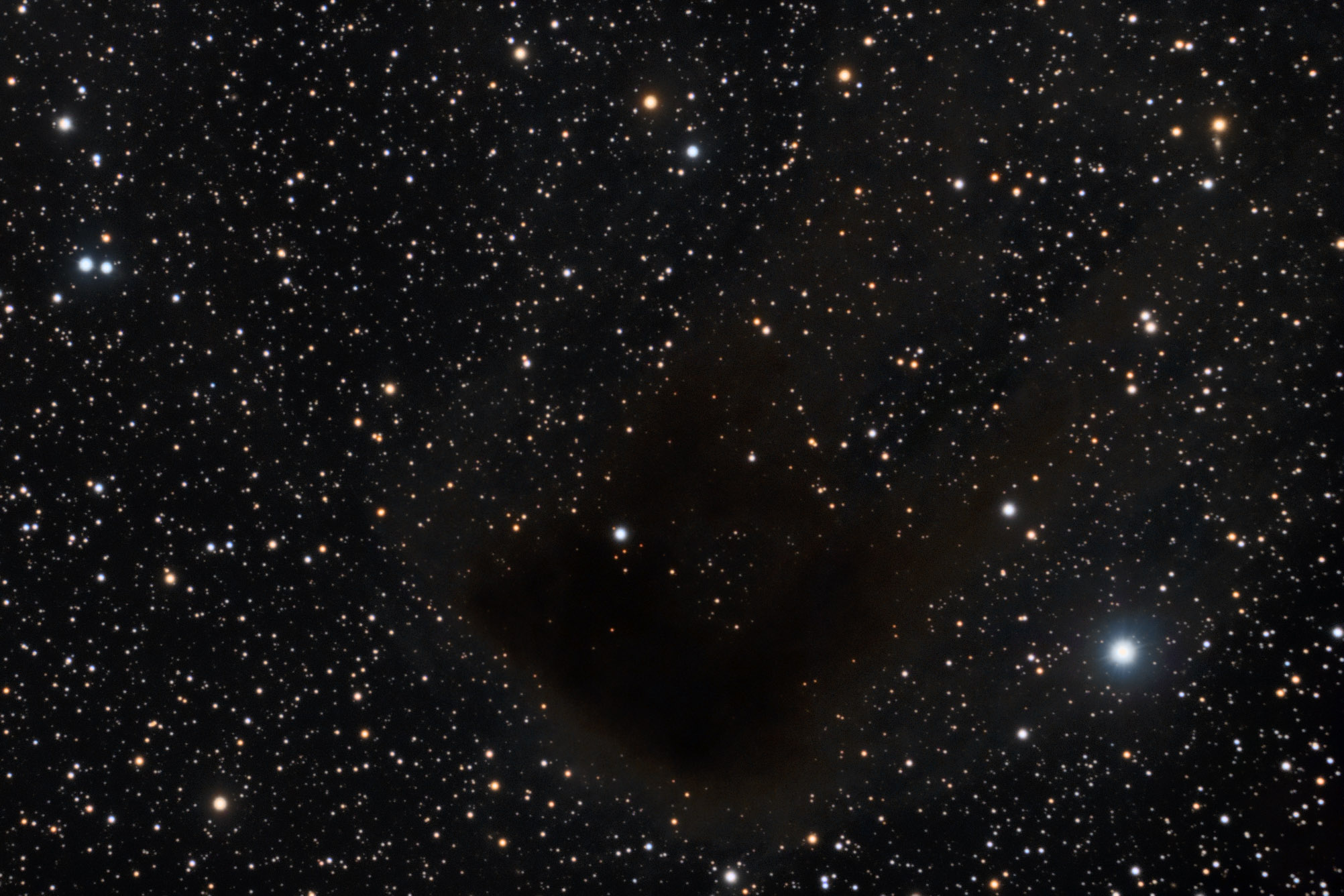