This image is the southern end of a huge dust cloud known as LBN 564. For some reason, SIMBAD says it is an HII region which is incorrect though it may contain some molecular hydrogen I see no sign of ionized hydrogen whatsoever. LBN stands for Lynds Bright Nebula which is rather ironic as these nebulae are exceedingly faint, most shining by the light of our galaxy\'s distant stars rather than a nearby star as the well-known nebula do. But then those that don\'t glow at all are labeled LDN, the D for Dark so Lynd covered both. She just looked through all the Palomar Observatory Sky Survey plates and listed all of either kind she found, or more likely her grad students found.

This dust cloud shines by luminescence from starlight, light no brighter than we see here on earth from our night stars. No nearby star illuminates it at all. This luminescence causes certain compounds in the cloud to glow. Most glow with a reddish blue color. It likely would look redder if I\'d have had more color data. Red is my weakest wavelength so I need a lot when dealing with something this exceedingly faint. I could find no info on this one as to size or distance. The detached part just below the densest region carries the designation RNO 150. RNO stands for Red Nebulous Object. This just means it was brighter on the red POSS plate than the blue one which fits with the way these dust clouds glow. The brightest star in this image is about Magnitude 9.3 which puts it 20 times fainter than the dimmest star most see on a dark moonless night. The faintest are about 200,000 times fainter than the brightest. This range and the extreme faintness of the nebula made processing this image exceedingly difficult. It took me over a year to get up the nerve to work on it as this is an early image beyond my processing ability at the time it was taken. It is located on the Andromeda side of the Andromeda/Cassiopeia border. 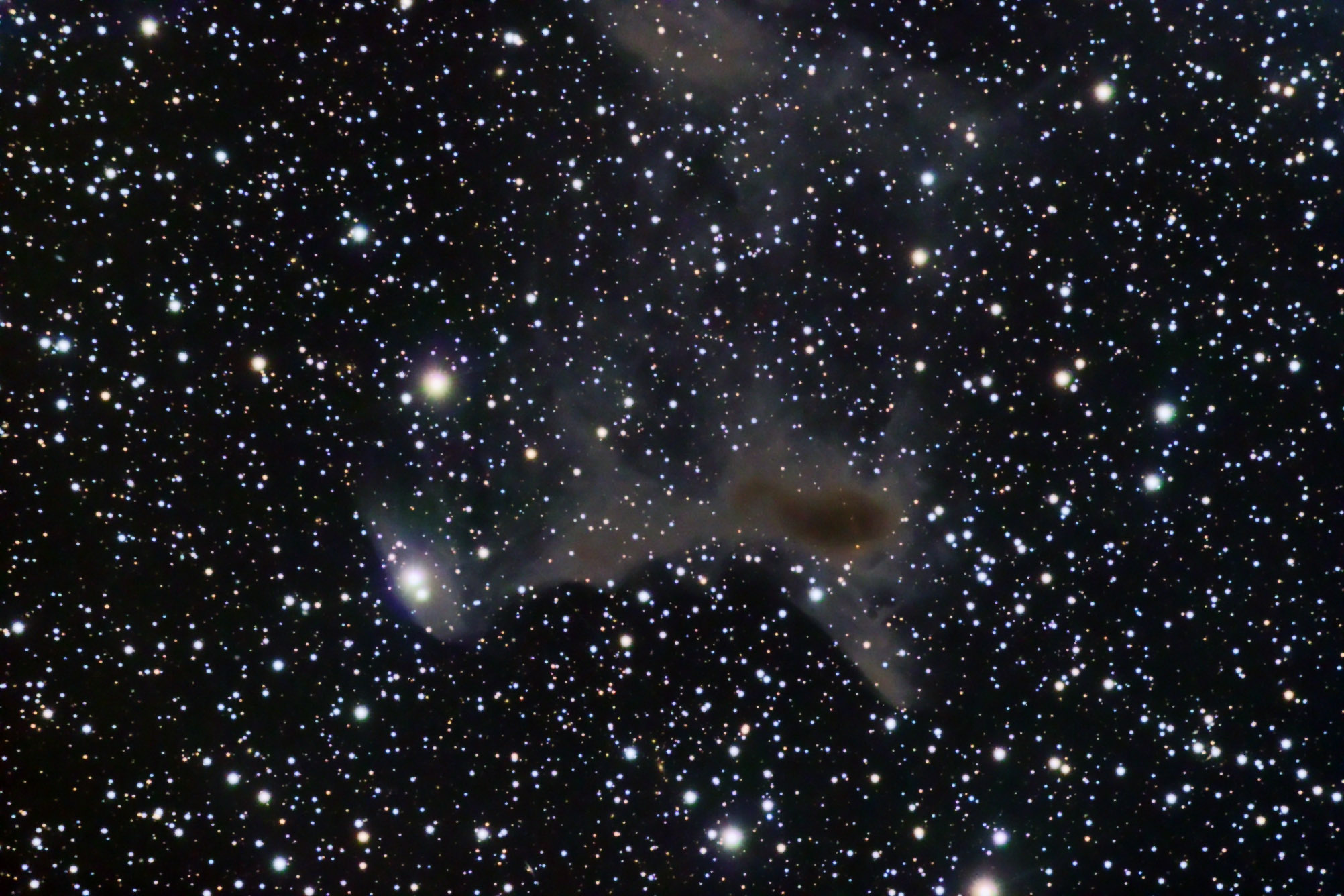