The reflection nebula vdB69 is illuminated by the Herbig-Bell star HD 288313. These are young A or hotter stars with emission lines. They are also called Herbig Ae/Be stars for this reason. These are surrounded by nebulosity. If no nebulosity is present then they are simply Ae/Be stars. The nebulosity is also known as Parsamian 3 and GN 05.51.0.02. I was unable to find a distance estimate for this nebula but I assume it is likely related to LDN 1622 that fills much of the field and is thought to be about 500 light-years distant. I couldn\'t begin to fit all of LDN 1622 into my field but the portion sometimes called the \"Boogy Man Nebula\" did mostly fit in. It continues to the northeast another field or so. I was going to capture that as well and mosaic the two but clouds had other ideas. In fact, they cut short the session so I only got one green frame.

Weather never cooperated sufficiently to try again. Clouds hurt the color data I did get so it is somewhat suspect. In fact, I originally pitched the data as unprocessable but pulled it back from the bit bin and tried one cloudy night to salvage something. It seems severely blue starved for the nebula which came out far redder than others show it yet the star colors were right. I find this happens a lot when hit by clouds as this one was. I probably should have left it mono. This is one I need to try again. The field is located in eastern Orion just east the main parts of Barnard\'s loop. 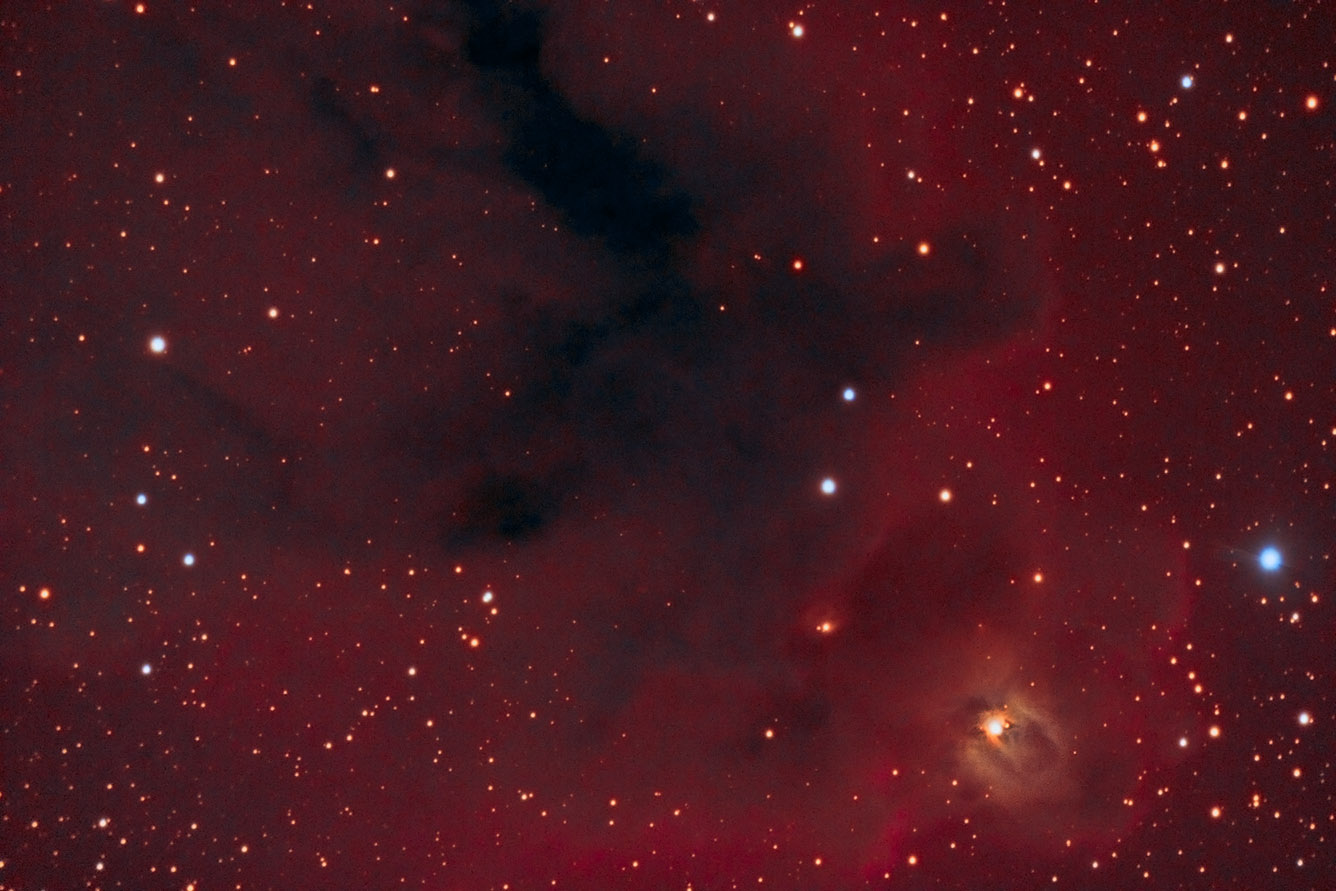 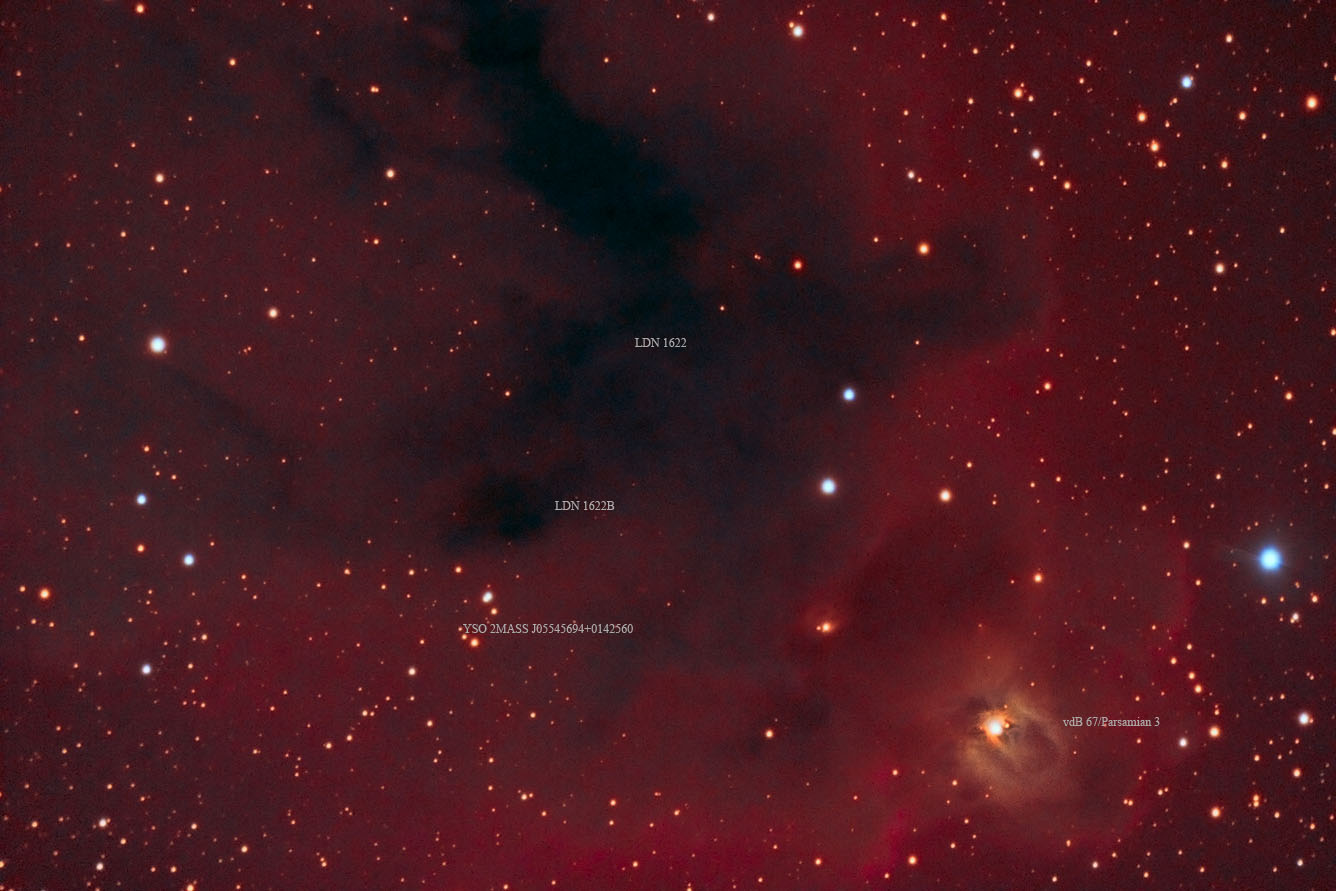