Leo I is a dwarf galaxy in our local group of galaxies. Our local group has two large spiral galaxies, M31 and our Milky Way Galaxy, a third much smaller spiral galaxy M33 and 50 more, mostly small dwarf galaxies. Leo I is one of the larger dwarf galaxies. As its name implies it is in Leo -- just north of Regulus. Its glare makes viewing or imaging it a problem. I expected lots of reflection issues but once it was out of the frame at the bottom but not too far out of frame (hence Leo I being low in the frame) I had no reflection issues. But I did have a problem with color gradients as a light leak developed that let light from the red LED on my focuser and the green one on the mount into the camera. At the time I had no way of dealing with those but crude ones. I was very crude with my technique in removing them. I need to dig the old raw data out and reprocess it with today\'s tools but so far that hasn\'t happened.

Leo I is thought to be about 800 million light-years distant, about one third the distance to M31 and M33. Being close many of its stars are visible. The galaxy has more carbon stars than most. Being close I was able to pick up a few of them. Not adept at annotating images I only pointed out 5 in the crude annotated image. They aren\'t all that red as I expected. This might be due to my crude removal of red gradients. Another reason to reprocess this one.

At the time, February 2007, this image set a record for how many asteroids were in the image. Only 5 but it was a lot at the time. Not surprising as the galaxy is very near the ecliptic. Since then I\'ve had 13 and more in a frame but it sure excited me at the time. The brightest is Kasuga. It\'s naming citation read; \"Named in honor of Ryo Kasuga (b. 1950), Japanese Buddhist priest, opera singer, professional magician, television and radio personality. He is also an amateur astronomer, who operates a planetarium at his temple and is very active in the movement against light pollution. Name proposed by the discoverers following a suggestion by T. Sato and A. Fujii.\"

The asteroid trails show some breaks and uneven intensity levels. Clouds kept interrupting things. With only 35 minutes of data taken in subs too short for my read noise, it came out surprisingly well. Clouds also killed one blue frame totally and hurt all other color frames. 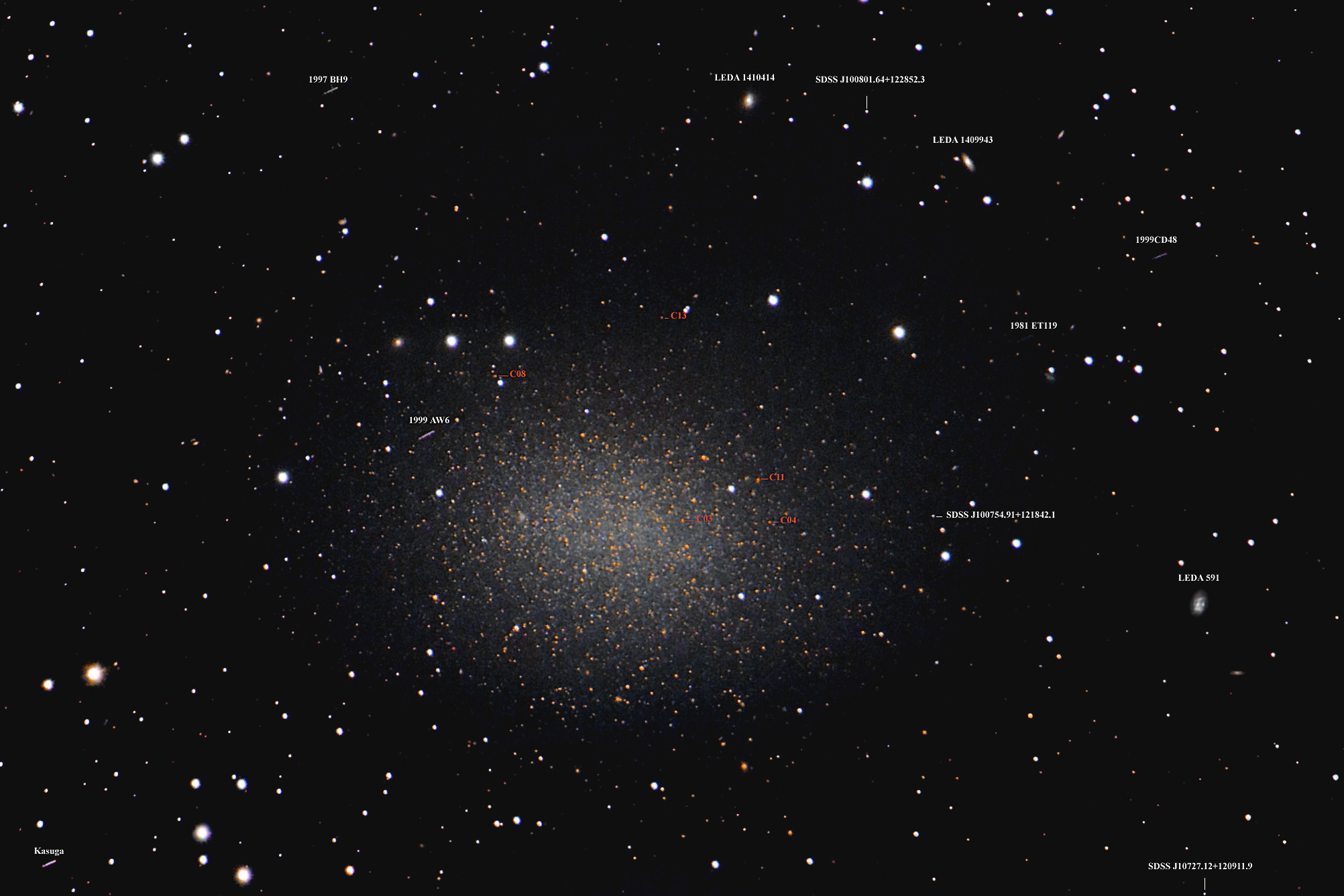 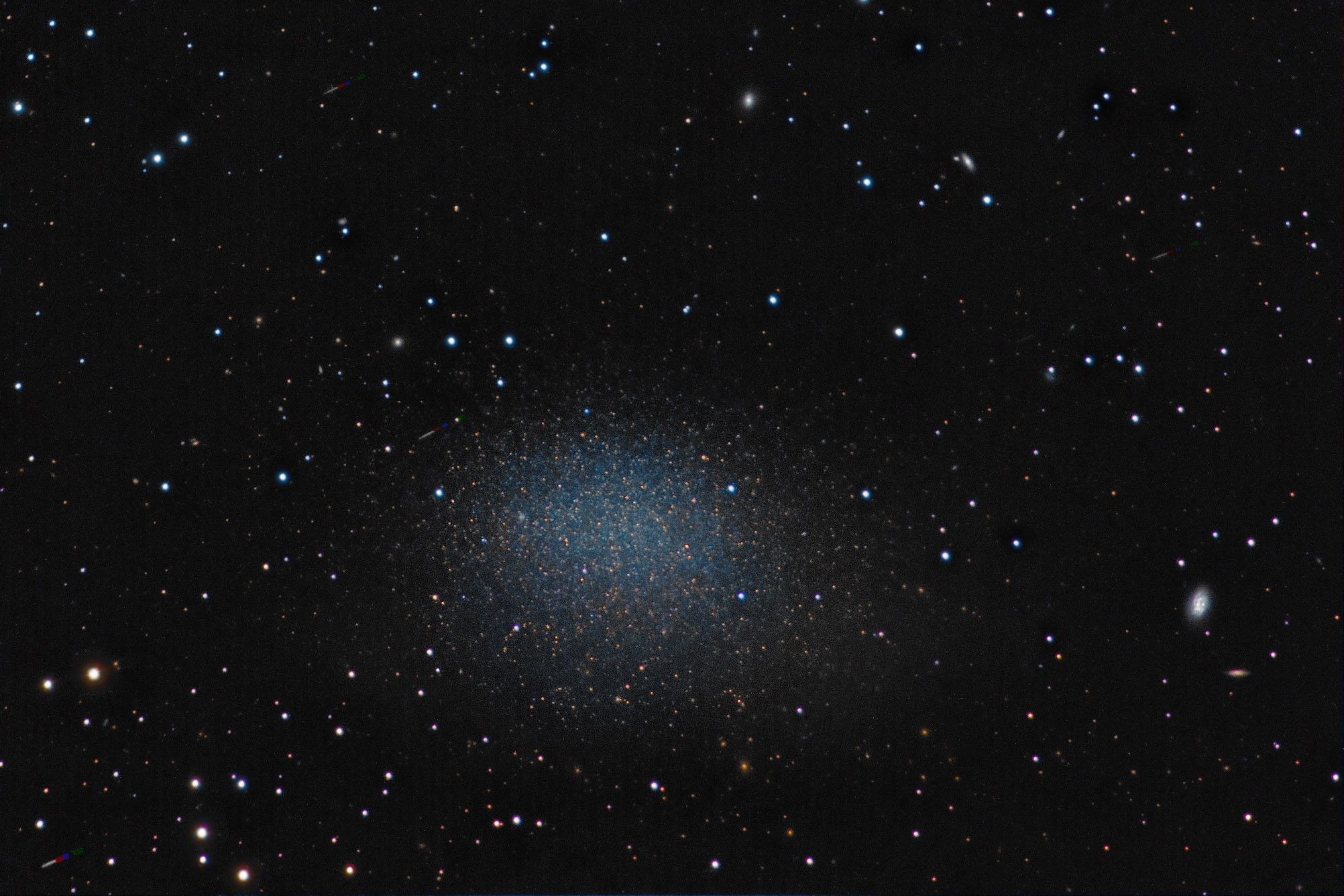