Leo II is another dwarf member of the Local Group. It is a bit closer than Leo 1 at 700,000 light-years. The star in the center is just a star in our galaxy that happens to line up with the center of the galaxy.

This is another early image. It had a nice asteroid seen against the edge of the galaxy. Often the color data from bright asteroids had nothing behind it so only the luminance trail shows easily. The color data is faint by comparison. I experimented with a way of brightening this portion of the trail. I did this by combining color and luminance data for a pseudo luminance frame. This does help the asteroid but hurts faint stars which get lost in weak color data. That happened to me in this image. I need to reprocess this one.

The asteroid is 16th magnitude Pauldavis. Its naming citation reads; \"Named for Paul C. W. Davies (b. 1946), a British mathematical physicist resident in Australia, with research interests in cosmology, quantum gravity, astrophysics and the origin of life, who also has an international reputation as an author and broadcaster. His books range from the scholarly Quantum Fields in Curved Space (with N. D. Birrell) to the popular About Time. He has a long-standing interest in the relationship between science and theology, summarized in his well-known book The Mind of God. His contributions to this field were recognized in 1995 with the award of the Templeton Prize for Progress in Religion. Davies has been a vociferous supporter of the need for search programs for near-earth objects. Name proposed and citation prepared by D. I. Steel and the discoverer.\"

The break in the trail is due to my Meridian Tree. I knew it would block a part of the image so stopped imaging for the time it was behind the very top of the tree. The blue trail is fainter because the asteroid is quite red in color. 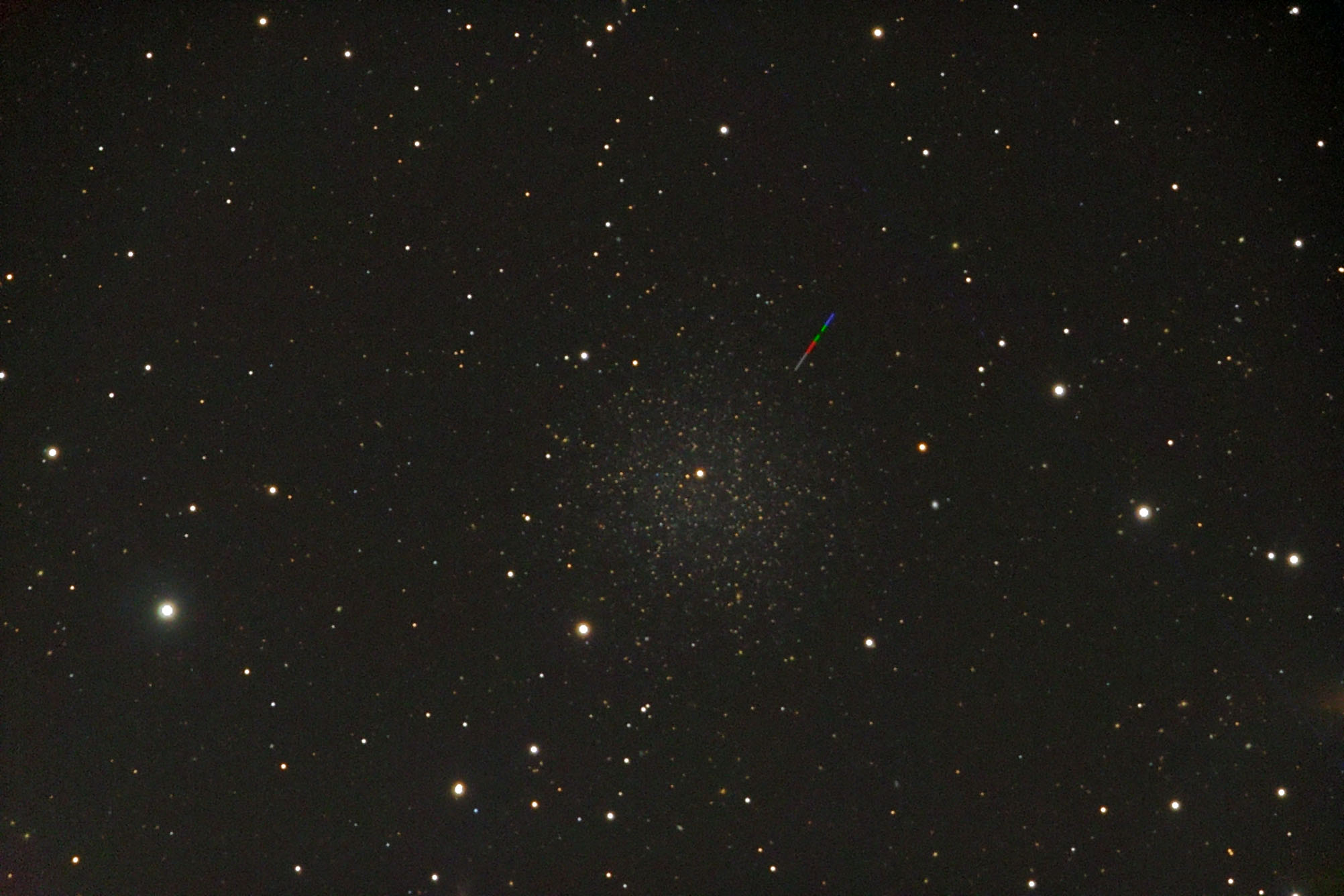