Leo III, also known as Leo A is quite different from Leo I and II. They are rather close at 800 and 700 million light-years. Leo III is over 3 times further away at 2.5 million light-years. This puts it at the distance of M31 and M33 but on the opposite side of the sky. Being so much further resolving its stars is much harder. Fortunately, I\'d learned from the first two that I had to overcome read noise and stack properly if I wanted to bring out the stars. In this case, the three brightest stars, one at each end of the galaxy and the third toward the middle and high, are just stars in our galaxy. The brighter real objects in the galaxy are actually star clusters rather than individual stars. These are seen against a background of fine dust of giant stars in the galaxy. 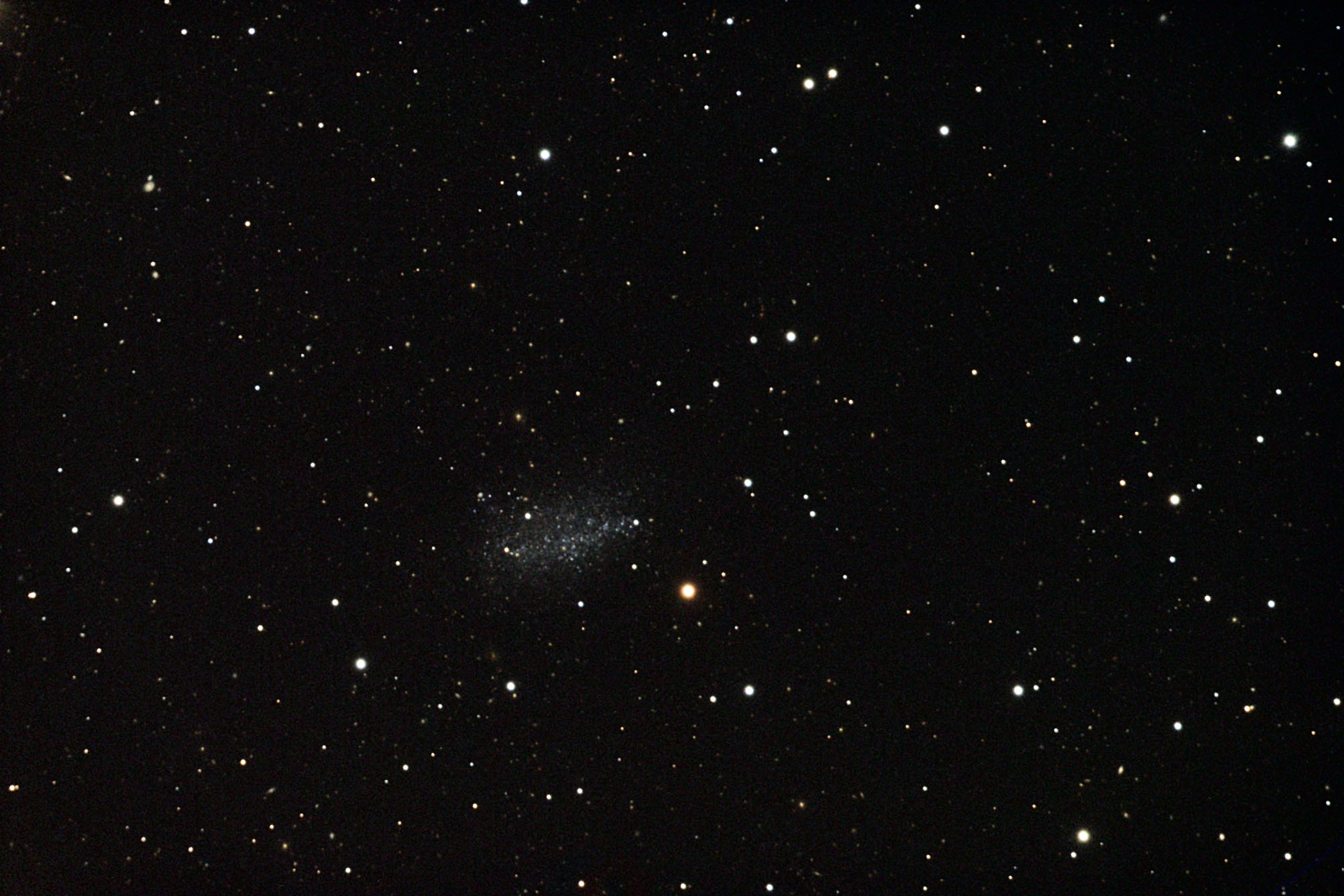