Maffei 1 was originally cataloged as a nebula. It is SH2-191 in the Sharpless catalog of emission nebula for instance. It was recognized as a huge elliptical galaxy by Paolo Maffei in 1968 along with a nearby giant spiral Maffei 2. It lies only 0.6 degrees from our galactic plane. If in clear skies it would be a naked eye galaxy like the much closer M31 and M33. Some claim it would be brighter than M31 to the naked eye. I find that overly optimistic. Maffei 1 is thought to be about 10 million light-years away in the constellation of Cassiopeia. The error bar for that is about +/- 1 million light-years. http://iopscience.iop.org/article/10.1086/368339

Normally I see galaxies of this color only when they are several billion light-years distant and thus reddened by that billions of light-years of intergalactic gas and dust. Here I got the same color from only the dust along the plane of our galaxy. I believe it is varying levels of dust in our galaxy that makes the apparent dust lane in Maffei 1 and is responsible for its very lopsided shape. Seen by the 2MASS survey at 2 microns which penetrates the dust in our galaxy it looks very different.
Paper:
http://www.aanda.org/index.php?option=com_article&access=standard&Itemid=129&url=/articles/aa/full/2005/06/aa1566/aa1566.right.html
Image:
http://www.aanda.org/index.php?option=com_image&format=raw&url=/articles/aa/full/2005/06/aa1566/img32.gif

While Maffei 1 was thought to be an emission nebula, ironically, the blue reflection nebula northeast of the galaxy in my picture, ZOAG G135.91-00.47 was listed in the Zone of Avoidance Galaxy catalog, as a galaxy, about the same time Maffei was discovering the galaxy wasn\'t a nebula. It wasn\'t until 2003, thanks to the Midcourse Space Experiment it was determined to be a nebula forming new stars. That put it in the MSE catalog as [KSP2003] J023709.98+594231.0. To the north-northwest of the emission nebula less than 2 minutes away is another nebulous patch. This one isn\'t as blue. The only thing I find in Simbad in the area is centered a few seconds of arc below the star that seems embedded in it. Simbad classes it as an HII source though it is mostly listed in catalogs for CO masers and other IR catalogs. It also made the Midcourse Space Experiment catalog as MSX6C G135.8914-00.4580. For an HII region, it is an odd bluish color rather than HII pink. 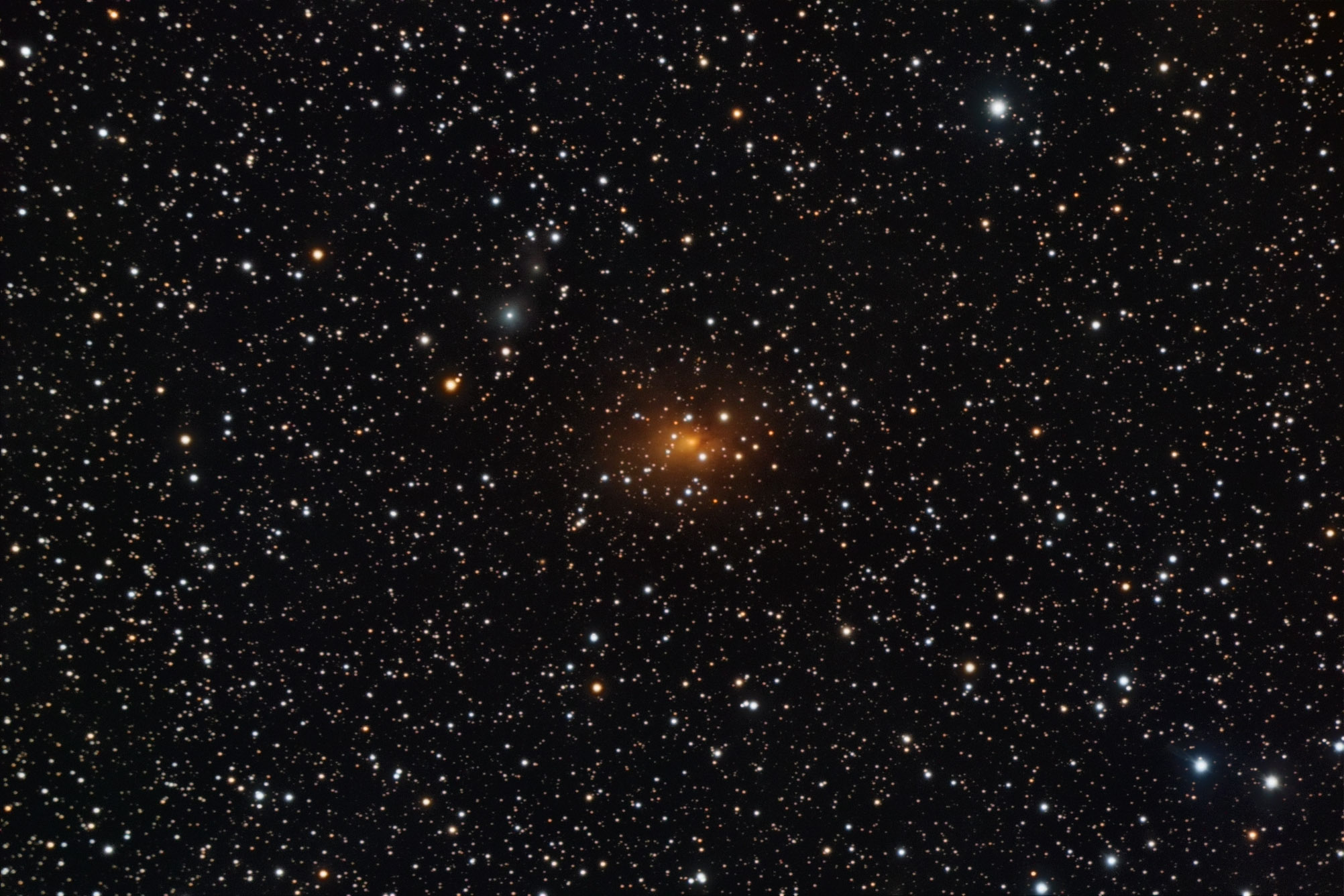