Minkowski\'s Butterfly, M2-9, is an interesting bipolar planetary nebula whose form is the result of two tubular jets created by interaction with its companion star. Most central stars are blue and that is likely the case here but the companion is a much brighter reddish star and that\'s what dominates. This one is too low in my skies for good seeing at my latitude. At least with the seeing, I had most of 2012. So other images posted on the net are far better as they were taken from more southern latitudes and also areas known for better seeing on average. See: http://www.cloudynights.com/ubbthreads/showflat.php/Cat/1,2,3,4,5,8,10/Number/3996507/Main/3985609 and http://www.pbase.com/jshuder/image/146351218/original for narrowband images without the seeing bloated LRGB stars in mine.

For more info see the HST image at: http://www.spacetelescope.org/images/opo9738a/

The jet is precessing as shown in the Wikipedia image at: http://en.wikipedia.org/wiki/File:M2-9motivo_corradi.gif

Only one galaxy with redshift data is in the image. It is a small round galaxy partly hiding behind a star near the southern edge of my image near the centerline. It is a bit over a half billion light-years distant by redshift light travel time measurement. Southeast of the planetary is the flat disk galaxy 2MFGC 13673. These galaxies from the 2 micron survey don\'t have to be as flat as those from the optical Flat Galaxy Catalog. There are a few other 2 micron survey galaxies in the field but none even have a magnitude estimate let alone a distance one so I didn\'t prepare an annotated image.

Conditions were so poor in June I tried many different nights and still only captured one usable blue frame so my color is suspect as even that night was poor compared to some of the other nights I got red and green data. They were only rather bad by comparison. I took over 30 frames to get the 9 barely usable ones. 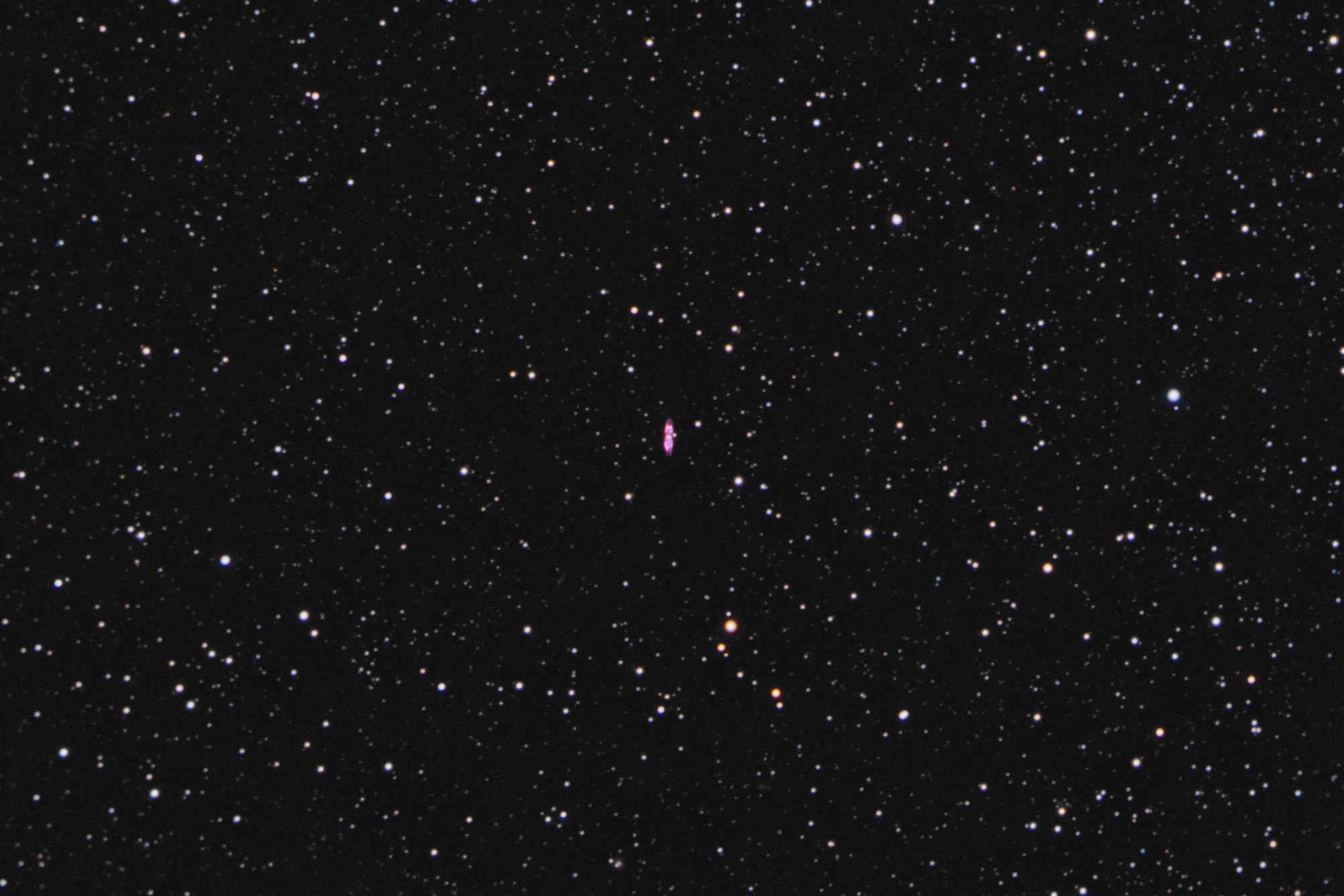 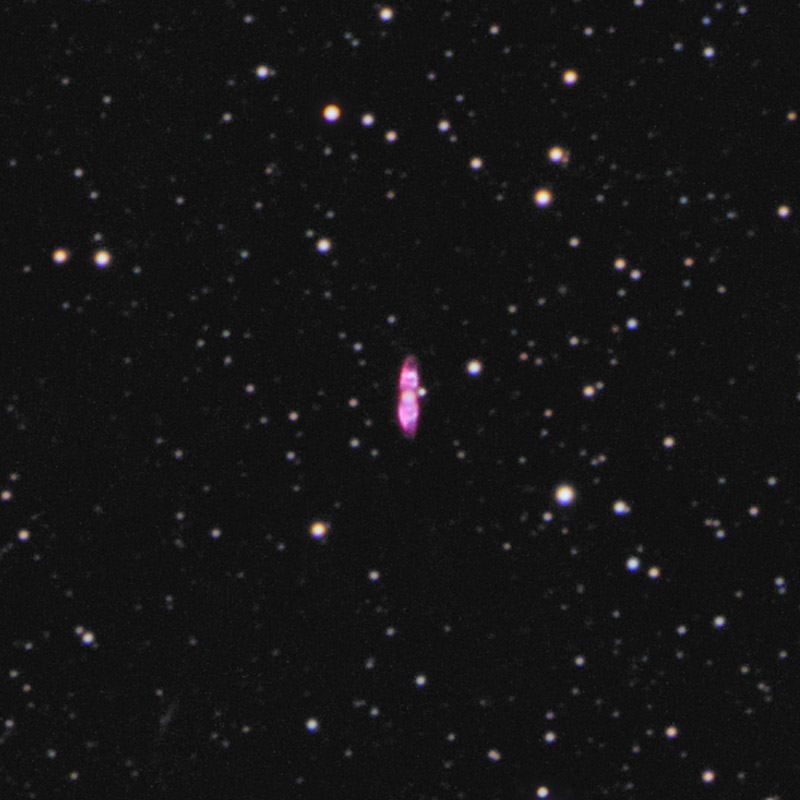