Normally I don\'t take main belt asteroids, only near earth ones as they pass by but I made an exception here. I doubt many have heard of Nagin Cox, but you should have. The naming citation for the asteroid named for her gives only part of the story. Here that is:

\"(14061) Nagincox = 1996 CT7
Nagin Cox (b. 1965) is a system engineer and a manager on multiple interplanetary robotic NASA missions, including Galileo, the Mars Exploration Rover and the Kepler telescope, which searches for earth-like planets around other stars. She is currently on the mission operations team for Mars Curiosity Rover.\"

She has been brought in to solve why a mission failed or rescue one in trouble. She much prefers to prevent problems before they occur. If you ever get a chance to hear her speak on the subject I highly recommend you attend. You will learn a lot about both screw-ups and successes. She\'s a very entertaining and instructive speaker. She also goes into rather dangerous (for a woman) countries at the behest of the state department to speak on woman\'s education, something that can be quite dangerous to promote in the places she\'s been. Thus her efforts at science education and women\'s education make her very deserving of an asteroid, I just wish it could have been a brighter one as she\'s earned it.

Trying to get this image was a major struggle. When I was told she had no image of her asteroid and was asked by a friend of hers to get one I\'d just had a perfect night (one of only a couple all year) the night before the request. After that nothing but clouds. A sucker hole opened on June 5 (UT) long enough to get 30 minutes of luminance data. The asteroid had just started retrograde motion so was moving slowly. Too slow to show much motion in 30 minutes. It\'s moving faster now but is lost to the trees from my location until next year. Nearly a month after getting the luminance data I was able to use sucker holes on various nights to get fairly good red and green frames (one each) of the star field the asteroid was in. Being very low by now and working between trees I finally got a blue frame but it was through a strong haze and very weak. Bringing it up to match the others added a ton of noise. To get better blue I did pixel math to create a pseudo blue based partly on the blue I did get and extending the difference between the red and green frames. The result is fairly good for the star field. It was balanced by using NOMAD data and eXcalibrator. I think it fairly accurate. Doesn\'t help it was in Scorpio a constellation too low for me to work in at my 47 degrees north except on perfect nights.

Turned out there were three other asteroids nearby though they are fainter. The annotated image details them but I don\'t put much confidence in the Minor Planet Center\'s magnitude estimates for the two nearest Nagincox. One seems to be brighter than its prediction while the other much fainter. Certainly, they differ by far more than the 0.2 magnitude difference the center predicted. I think her asteroid\'s magnitude estimate is reasonable as is the other one.

Out of curiosity, I looked up the distances to the asteroids at the time the image was taken. Turns out Nagincox was much further from the earth and the sun than the others. Here\'s the breakdown in AU with distance from the earth listed first followed by its solar distance. One AU is just under 150 million kilometers (the mean distance the earth is from the sun) or a bit under 93 million miles for the metrically challenged. 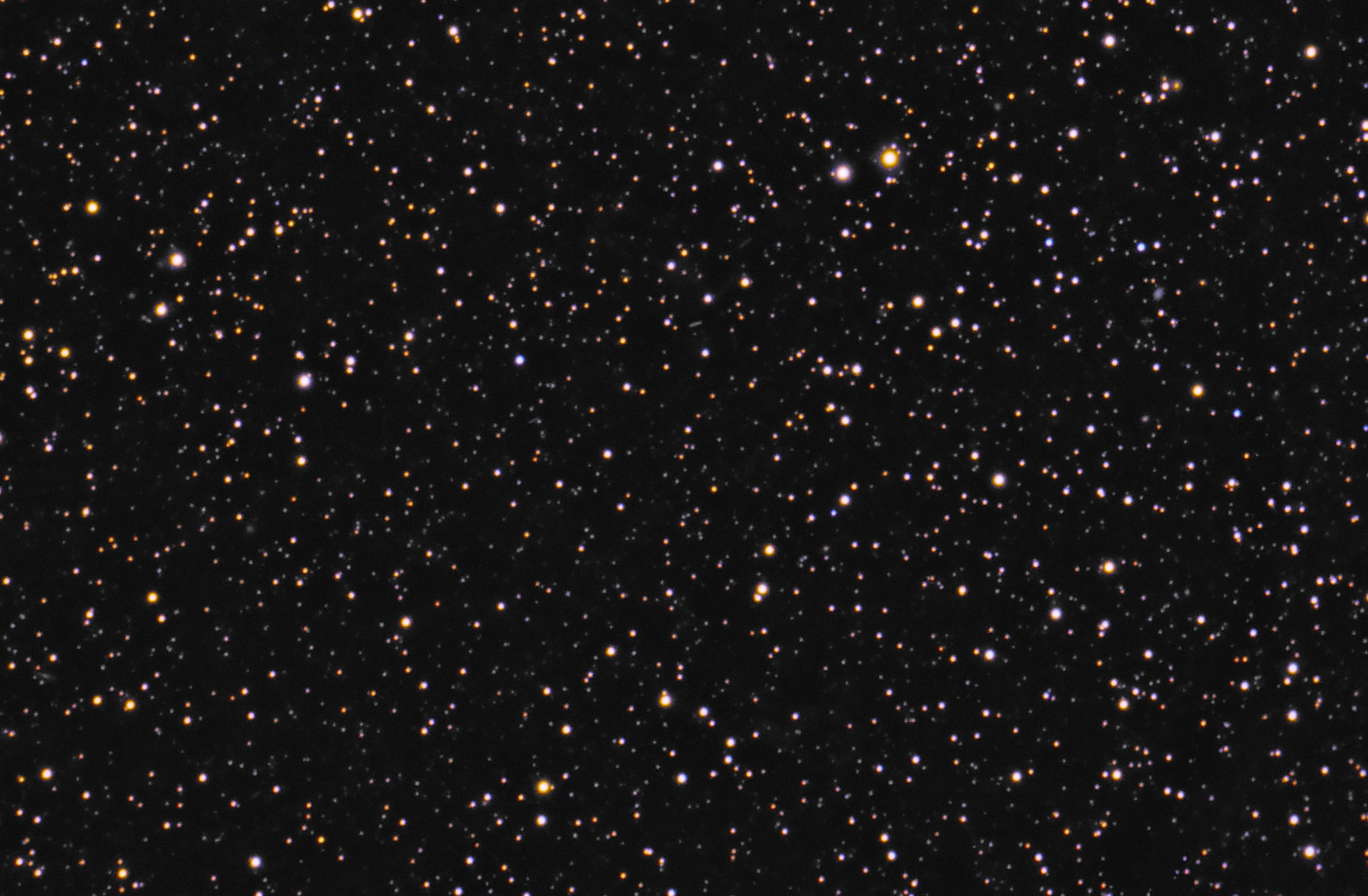 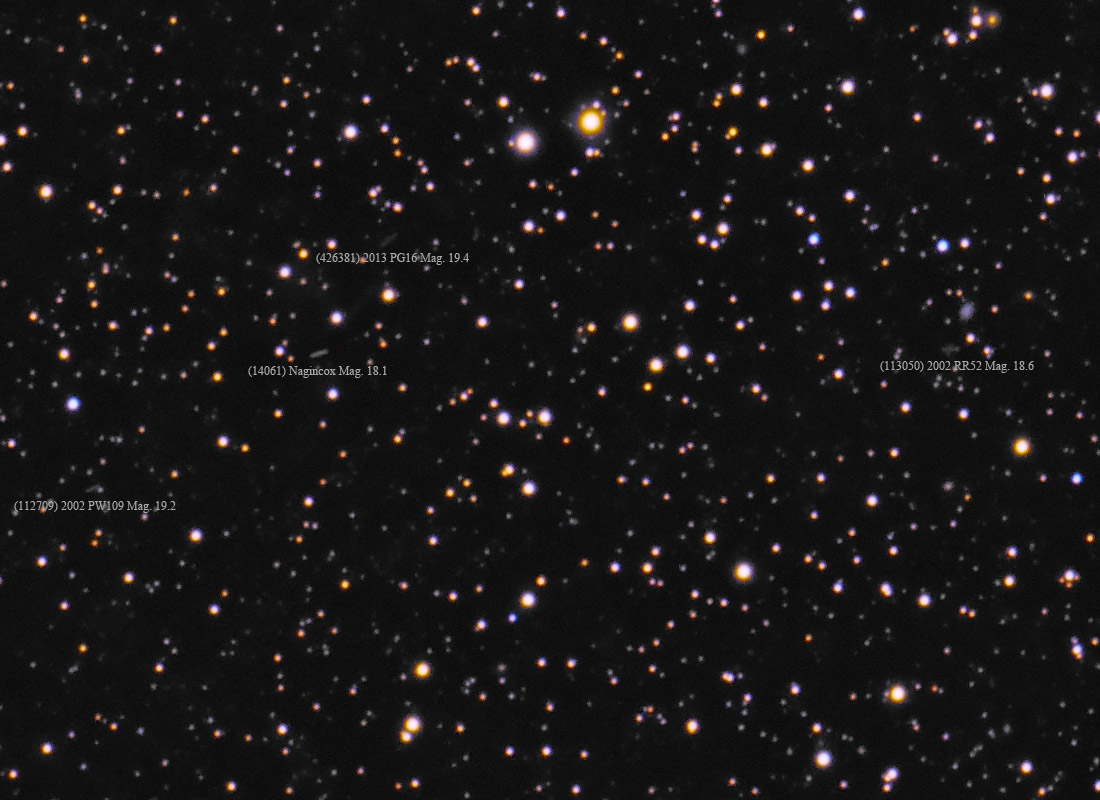