Name HW Object is part of the Herbig-Haro object HH 168. It is a bubble in the Cepheus A star-forming cloud about 2300 light-years distant. It is located just south of the Cave Nebula, Sh-155. In fact, I first noticed it in some wide angle shots of that nebula as a small blip. I put the coordinates into SIMBAD and it came back with the very odd designation of Name HW Object. A bit of digging and I find \"NAME\" is their way of saying \"Commonly known as\" and in fact, most literature refers to it as Object HW. Technically that designation appears to apply to only a small condensation in HH 168. At least that\'s what Figures 2 and 3 at http://adsabs.harvard.edu/full/1985ApJS...59..383H indicates (see plates at the end of the article -- after the footnotes). This is an old 1985 article.

HH-168, as it is known today, is a fairly large feature consisting of an area with lots of knots and young stars to the west with a strong outflow jet going to the east. HW is apparently just a tiny part of this object. South of it is an oddly colored reflection nebula and another open rectangular shaped reflection nebula lies to the north. The dark area of the latter is likely a Bok globule. SIMBAD shows this field jam-packed with young stellar objects. The dust hides an infrared star cluster as well. I found no designation for either of the reflection nebulae on either side of HH 168 nor any other nebula in the field but for the rather bright reflection nebula near the bottom left of the image. That is GN 22.55.2. I would assume it too is an illuminated part of the same cloud the other reflection nebula is involved with. While SIMBAD lists HH 168 A through G all are listed as stars rather than nebulae so I didn\'t bother to annotate them. That left HH 174 as the only other HH object in the image. It is a very small faint smudge on my image.

It turns out HH 168 is a very well studied object. Hubble, Chandra and Spitzer have all given it their attention. Listed below are the three papers from these scopes. The HST paper is quite readable and very interesting. I\'ll save my fingers and just suggest those interested go to the link. The Chandra and Spitzer links add some to the picture.

Again the weather did a number on this data. All frames were hit by clouds. While the color of the reflection nebulae is odd it is very close to what I see on the wide-angle images of the Cave Nebula that include them so think I compensated fairly well for the weather. Just that the image doesn\'t go as deep as it would have without the clouds. The background is rather noisy due to this thin data. 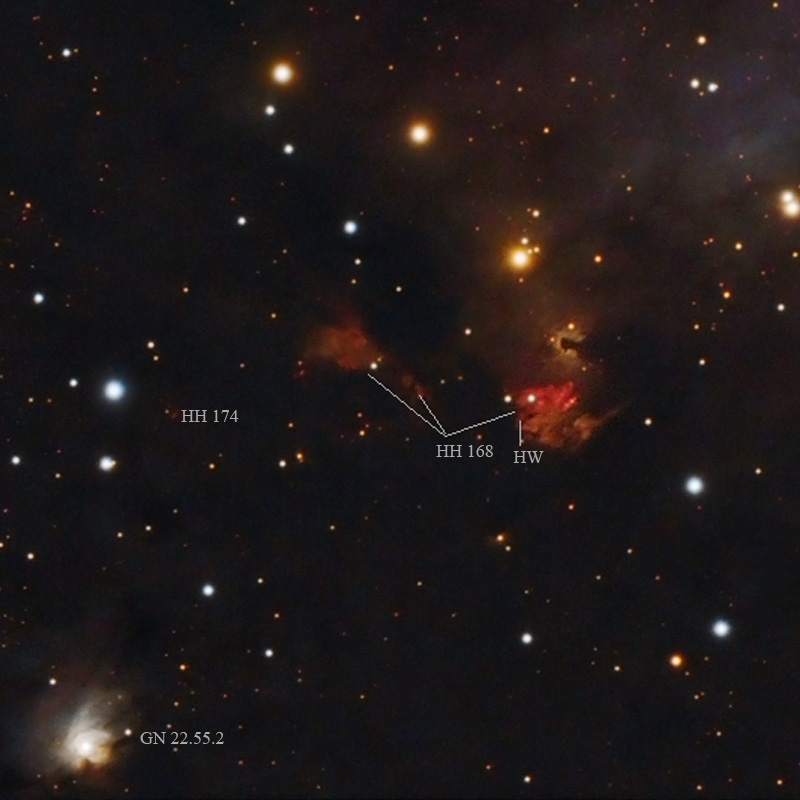 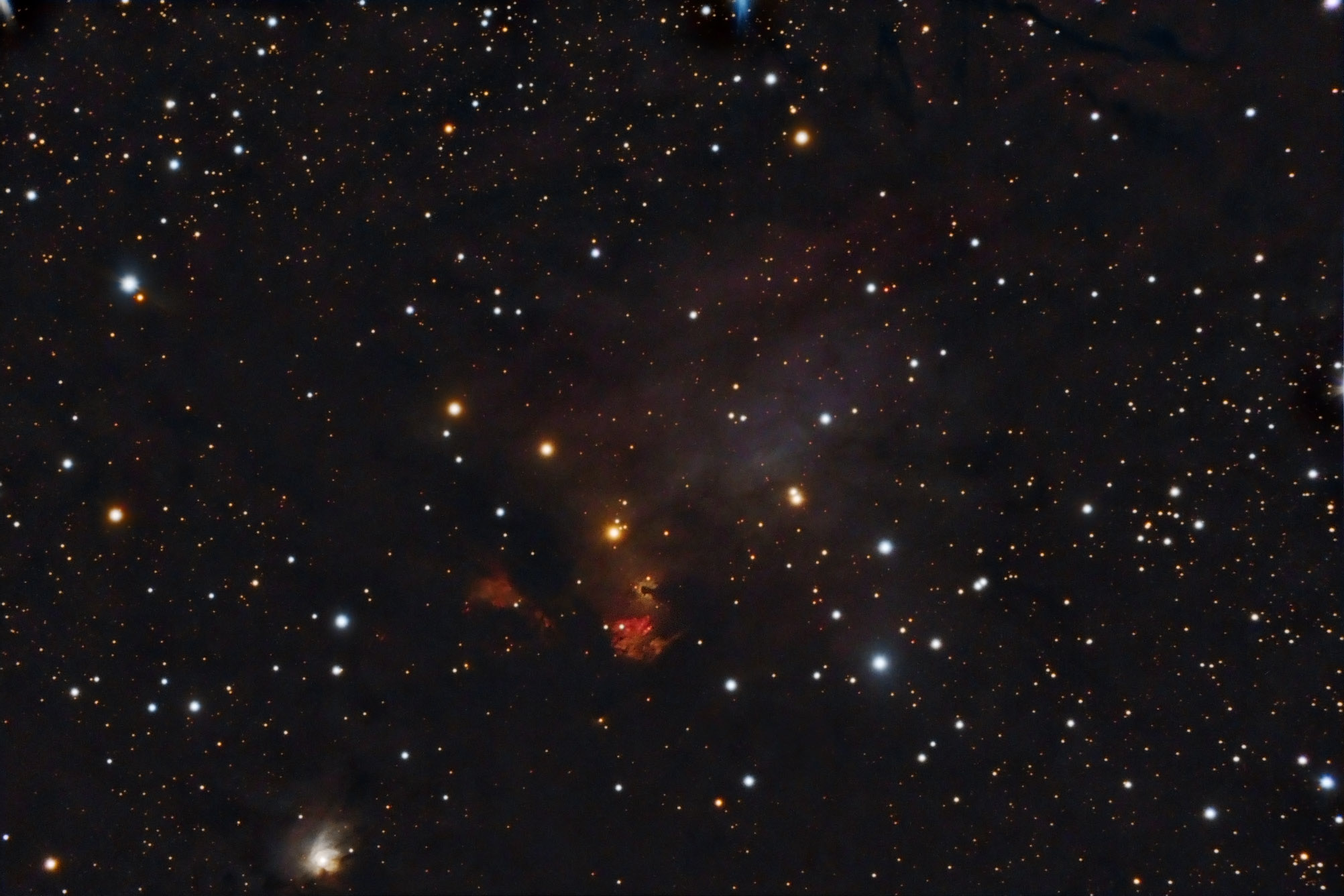