Nova Sagittarius No. 4 (how\'s that for a name) was just discovered. Since I thought I had a clear night I decided to give it a try. It is at 18h 20m 27s -27d 44\' 27s so well below my limits. It is also below the walls of the observatory and in the trees along my shore, I can\'t trim as they are in the shoreline impact zone. So this was an interesting image compounded by the sky suddenly turning partly cloudy. At no time was more than the top 4\" of my objective above the observatory wall. So while I was using a 14\" scope I probably had only the equivalent of about 5\" or so of true light gathering power. Then being so low and in the gunk, everything is severely extinguished. Color balance is also a WAG as the amount of wall obstruction got worse with time. I had to use 1 minute frames to catch what I could between tree branches and clouds. It didn\'t help that some fisherman was using a bright light to see his fishing buoy. It is illegal to use a light to attract fish except you can use a lighted marker buoy. Or, as this guy did, you circumvent the law by shining a 3 million candlepower light on your buoy so you can see it. That it attracts fish illegally, well, that\'s just a side effect. DNR folks can\'t cite him as he was just using a light to see his buoy which is allowed. That reflected into the observatory lighting up the wall thus fogging the image.

Due to severe atmospheric chromatic smearing caused by imaging so low I couldn\'t use any luminance data. It just resulted in prism smeared stars. So this is a pure RGB image. I debated using the red channel for the luminance as it was the cleanest due to fewer issues from tree branches and less extinction but it so distorted the brightness of some of the blue stars I gave that up and went with pure RGB.

I get a magnitude of 8.3 in red light but due to all the issues, I doubt it is all that accurate. Probably within a half magnitude at least, probably a bit better than that. Compared to known stars in the image, I was within 0.2 magnitudes most of the time. This was taken and is reproduced at 1.5\" per pixel binned 3x3. Dimmest stars are about 16th magnitude, far from my usual limits!

I\'ve included a POSS image from the 1960\'s showing no star visible at the location of the nova. 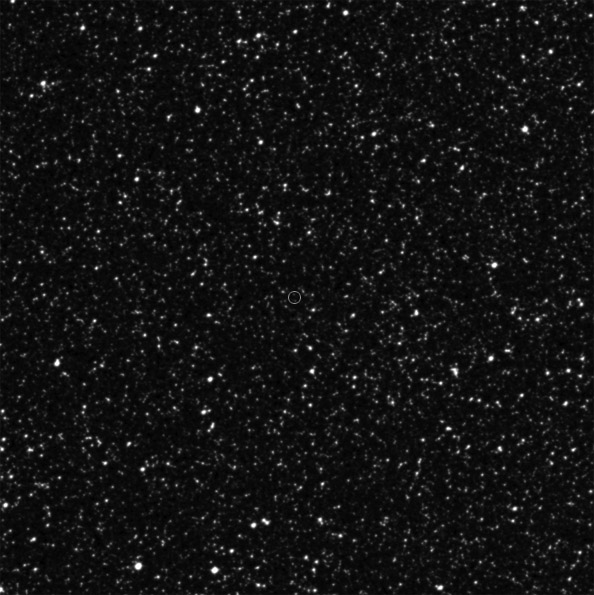 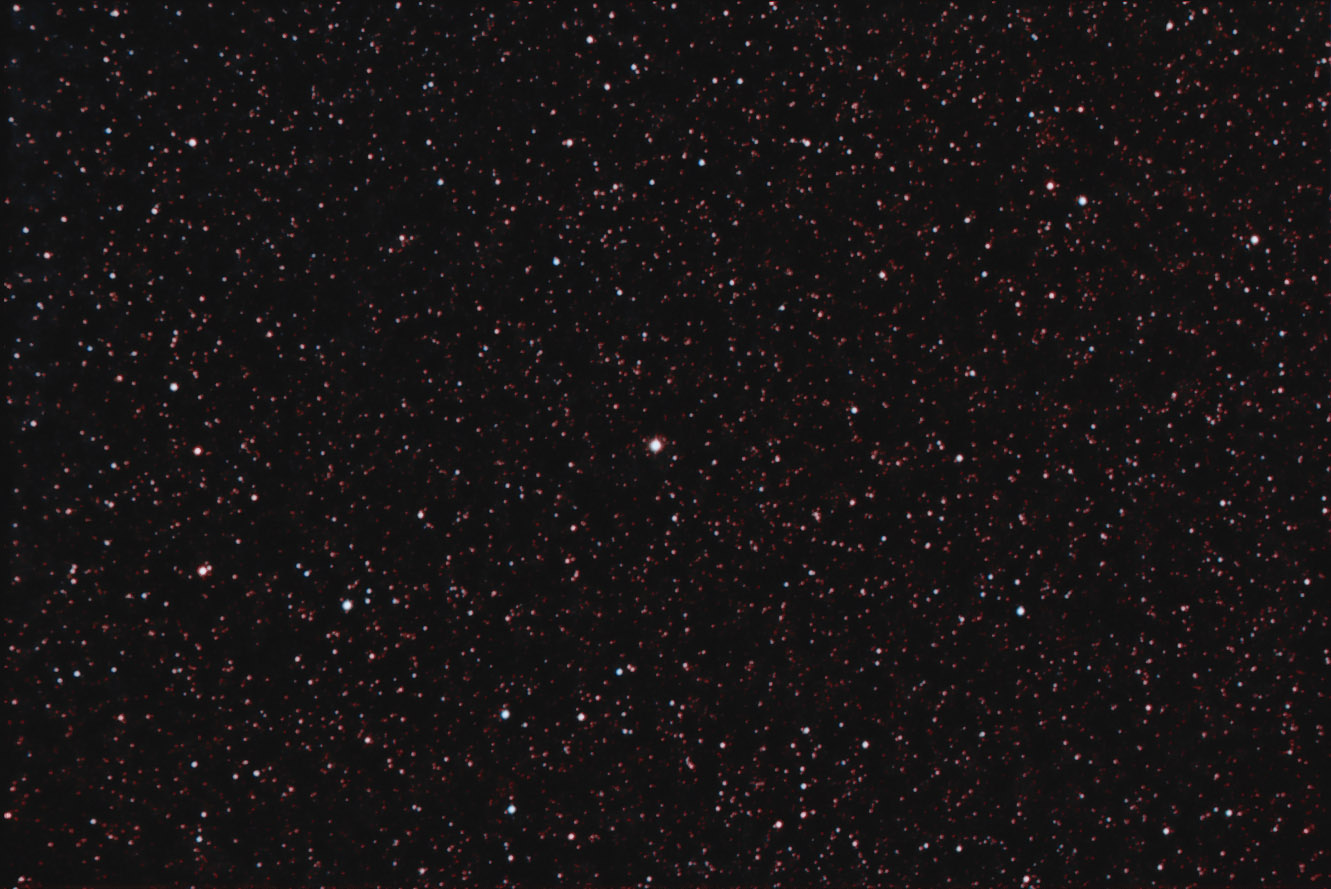