The moon is out of the sky for a few hours now and I hoped to get this comet. Last night, like the night before, was perfectly clear at sunset but soon after I started in on the first object that they ruined the night before we had a repeat performance. But by 1:30 a.m. they had cleared again. By this time I\'d swing the scope to the position of the comet which I\'d catch glimpses of through the clouds. With the clouds out of the way, I started imaging but quickly realized I\'d forgotten to turn on the \"track object\" button so it was still pointing where the comet was a few hours earlier. Not only that the comet was blurry from its motion in only 2 minutes. Stop that series, turn on tracking based on its orbital elements and I managed 6 2 minute images. It was near the meridian, the moon was starting to give problems so I knew I didn\'t have much time so used 2 minute shots not to lose much before it hit the meridian stop. Got in 6 frames. By this time the moon was hurting so much additional data wouldn\'t add anything so shut down. Here are the 12 minutes of data on the comet I was able to get. Star trails show it is really moving up there. To get as much as possible I used 3x3 binning for 1.5\" per pixel image scale. The comet was well off-center by now, I didn\'t bother to recenter. So cropped it. Nothing but trailed stars anyway.

It does appear to be developing a broad south going tail with a very elongated coma. Should get a bit brighter over the next few days.

Pete Schultz old comet impactor, Deep Impact, now renamed EPOXI (I can\'t help think glue) will have its closest approach to this comet Nov. 4, about a week after perihelion. http://www.space.com/20033-comet-hartley-2.html 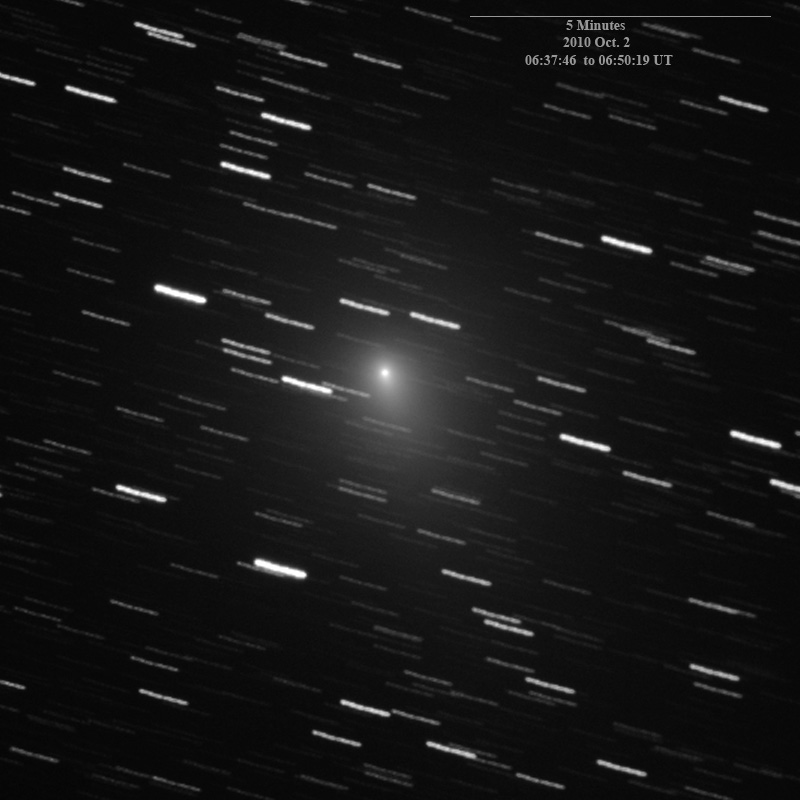 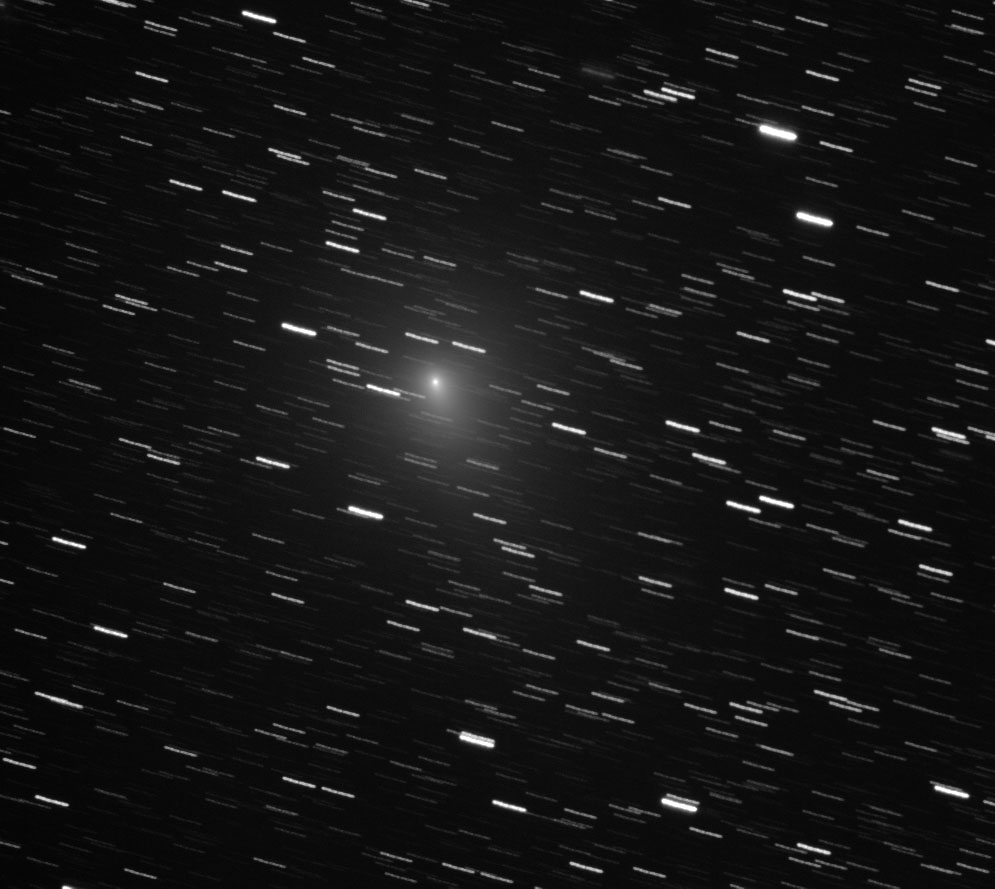