With nothing but clouds here not much has been happening but sometimes they open just long enough to get a cloudy shot of Comet Holmes. I\'ve updated my scale image of the comet showing it\'s growth. Dates are in Universal Time. That means they were taken an evening earlier by your calendar if you live in the US. If you are in Europe or Asia then the date does agree to your calendar though it was taken during your morning or day rather than evening.

In the previous version, I used 2\" per pixel as the scale but as I\'ve added days the size of the overall image was growing too big so I have reduced it to 4 seconds of arc per pixel for this image. Since most were taken through clouds it\'s hard to say I\'ve imaged the true \"edge\" of the comet. It might be somewhat larger if the clouds didn\'t hide some of it. In any case on the shot of the 18th, it no longer fit in my field of view. If I centered it no edge would be seen so I moved it off center to just show the pseudo-nucleus at the top and the area of the blue tail seen in my last update at the bottom. That blue gas tail has vanished. I measured the head of the comet to be about 1.6 million miles across. Considering the sun is only 0.86 million miles across that\'s one huge comet. Yet the real nucleus is likely less than 5 miles across. Thus, this huge thing is mostly nothing. Or as one wag once said; \"A comet is something enough different from nothing to be something.\"

The comet was a bit larger than the full moon in the sky when the last image was taken.

The odd something in the lower right causing the blue arc, the streamer and the odd colored curved things is due to light reflections from Alpha Persei, the brightest star in Perseus. It was just out of the frame and hitting something that caused it to reflect onto the CCD causing these odd features. That happens when something really bright gets into the camera.

The series ended with a shot of Comet Holmes showing the inner streamers that may be due to pieces that broke off from the core. I reprocessed this data using far more sophisticated routines. Since the color data doesn\'t align perfectly to the comet die to motion between the times the luminosity and color data was taken. I removed the color to help the enhancement process. Now the streamers really stand out. Note the core region is lopsided. I suspect the brighter portion to the lower right is due to a cluster of broken pieces I was unable to resolve. 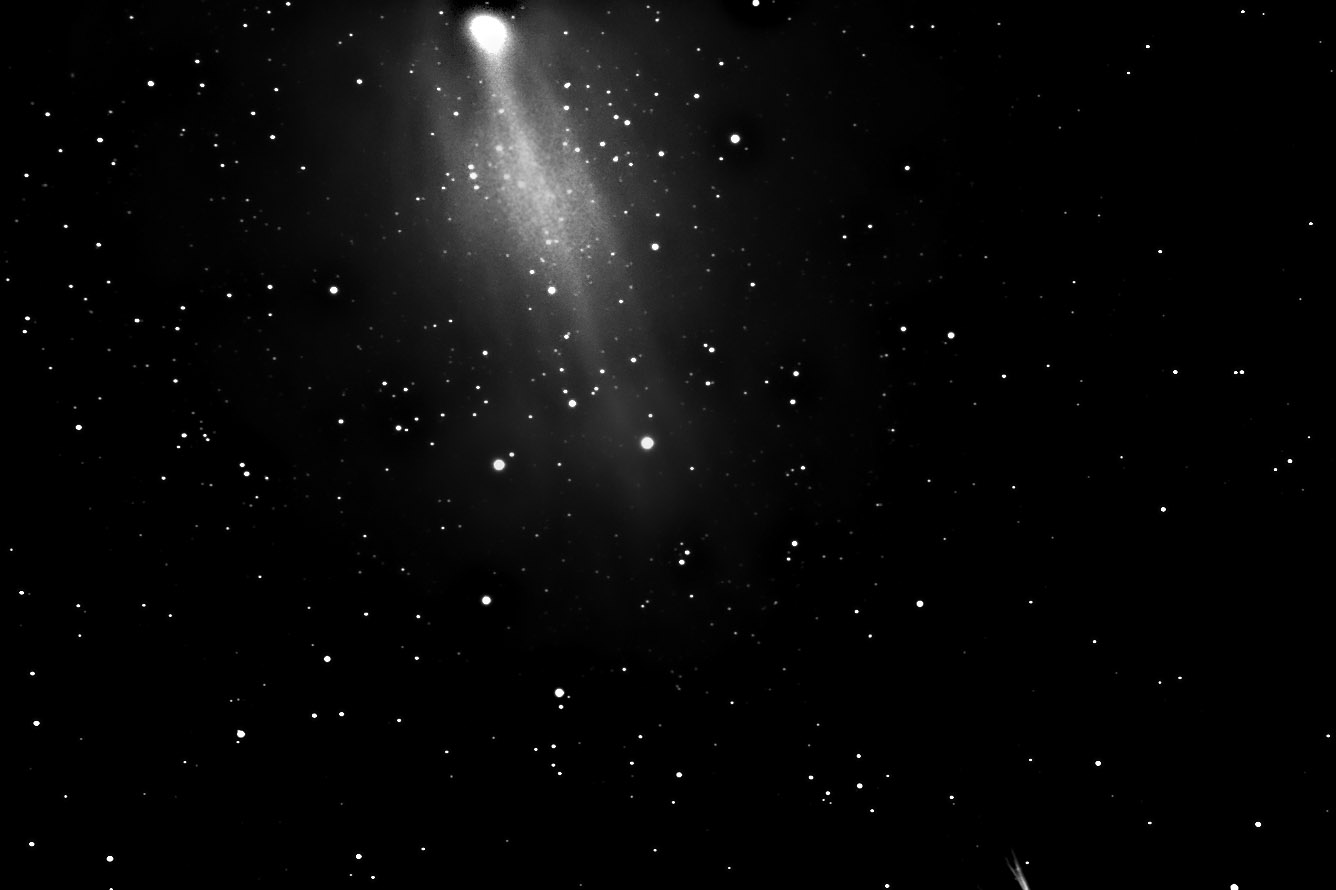