P/2010 A2 (LINEAR) is cataloged as a comet but it is no comet. It\'s the remains of two asteroids that smashed together. I\'ve seen no estimate of when this happened. It was discovered in early January. I\'ve been wanting to try and image it since then but until a couple nights ago I didn\'t have the skies to do it. This is a preliminary processing of the data. It is moving rather slowly but even that motion (about 0.0032\" of arc per second) meant I had to have the mount track this motion to get much due to it being so faint. There\'s no way to guide on a cloud like this so no guiding was used. I had no way to align the 4 subs so this is just a stack as it came from the camera. I believe it is within 1\" of the correct alignment but can\'t prove this. It\'s been enlarged from the native 1\" per pixel to 0.5\" per pixel to better show the detail. This is a crop of the entire image. The full image contained two asteroids only one of which made the cropped version. It is in the lower right corner. It is (50060) 2000 AA68 Since the scope was tracking the debris cloud the asteroid trail is distorted from reality. P/2010 A2 (LINEAR) was moving south-southwest while the other asteroid was moving west-northwest. Asteroids do fall into families with similar orbits. These two are unrelated.

Hubble imaged it about a week ago. Their image is a bit better than mine. You can read more about it at the link below.
http://hubblesite.org/news_release/news/2010-07 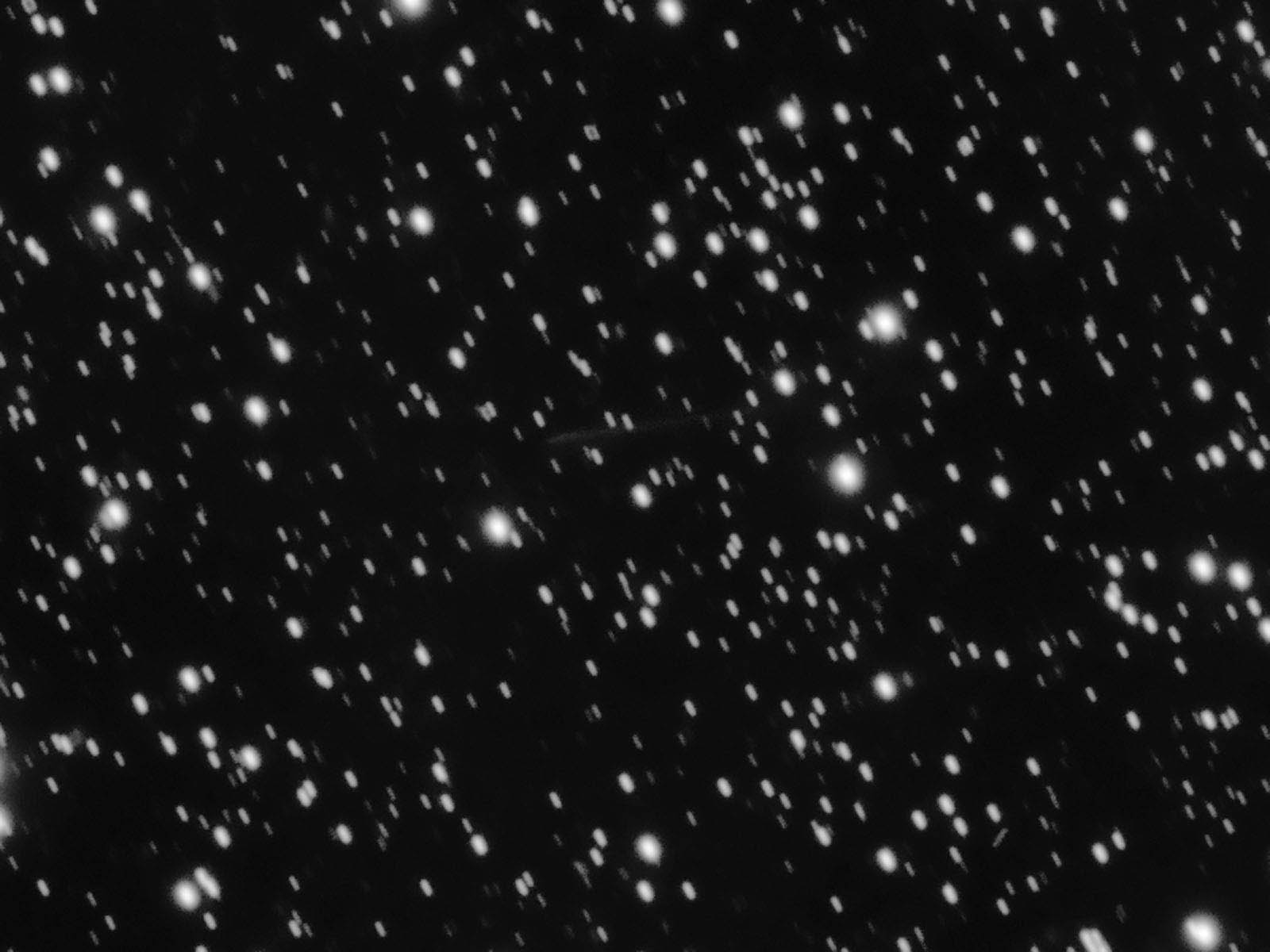 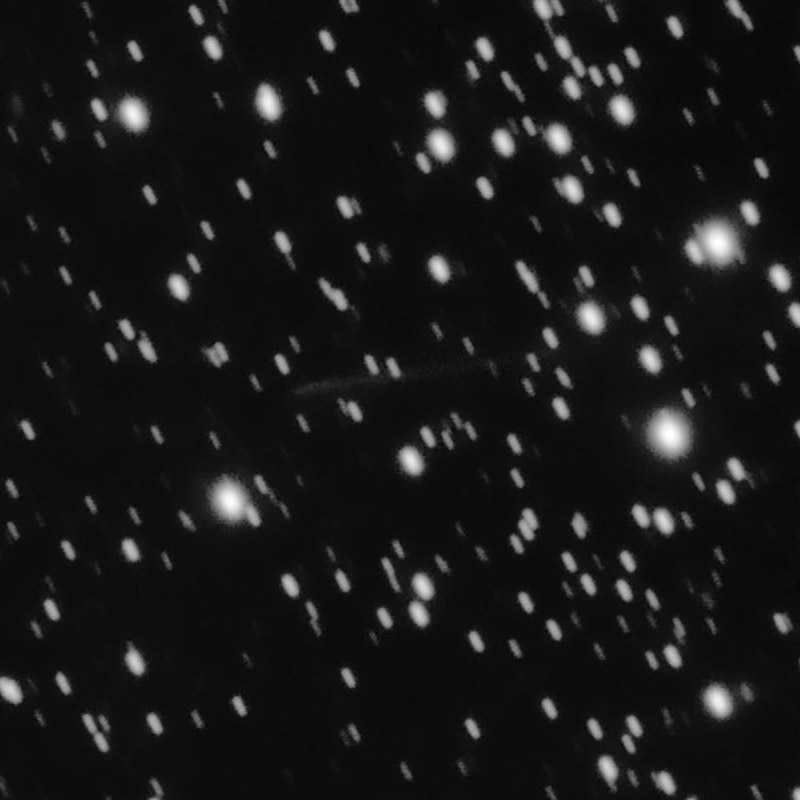