Due to high clouds and a nearly full moon lighting them up something awful I was unable to catch this piece of a comet at closest approach, about 2.2 million miles (3.5 million kilometers). The next night, March 23UT, 2016, cleared when the moon was full and closer to it and it was 2.5 million miles away (4 million kilometers). You have to go back to 1770 for a comet passing any closer. That one was discovered by Charles Messier himself and passed only 1.4 million miles (2.2 million km) from us.

Still, I was able to get 30 minutes worth of one minute images while the Paramount ME tracked the comet based on its orbital elements. Often I find the orbit of something passing close by is changed just enough the predicted path is a few seconds of arc different than it was when the orbital elements were calculated. But being a day late they had been updated and the tracking was so on target I didn\'t even have to align the 30 images used to make this mono image. Think that was a first and saved a step in processing them. Though the rising moon brightening the sky added a step to keep the background about the same for the movie version.

The comet was at about magnitude was 13.2, down from 12.9 the night before (prediction of the Minor Planet Center). When first detected it was cataloged as an asteroid but then a faint tail was seen causing it to be reassigned as a comet. It is thought to be a piece that broke off from Comet 252P LINEAR on a previous pass by the sun. That comet came by a day earlier at 3.3 million miles (5.2 million kilometers) but was only visible from the southern hemisphere at the time. It is much brighter at magnitude 5 (some say 4.5). It is still too low in Scorpio for me to catch. Maybe in a few days though by then it will be quite a bit more distant. Last I saw it had no sign of a tail, unlike P/2016 BA14, though it shows a nice large coma which seems absent for P/2016 BA14. All my image shows is a 13th magnitude asteroid-like object with a very faint southward pointing tail (looks like a dust tail to me). Radar imaging shows the little comet to be about 1 kilometer (3000 feet) across.

Besides the still image made from 30 one minute images of the comet, I made an animation of the first 15 of them. The images were made binning the camera by a factor of 3. Not because that increases the sensitivity (that\'s a myth) but because my camera is slow to download images. A full frame takes 27 seconds. That would have increased the time needed to make the image by 11 minutes. Still, the gaps in the star trails show how much the comet moved in those 5 seconds it took to download a frame. It was moving at about 38\" of arc per minute. Since I was more than reaching a sky noise level that made the camera\'s read noise immaterial going longer than 1 minute wouldn\'t have helped the still image (and would have little effect on the animation) so I settled on 1 minute as a reasonable compromise. I\'d likely have reduced an unbinned image to about this image scale to help hide the noise in the very faint tail structure anyway. Since I couldn\'t stack the frames for the animation the tail was lost in the noise level of a single frame. In fact, I saw no hint of it until I combined about 10 frames, it is very faint.

I hope I never have to image near a full moon again. What a pain it is. 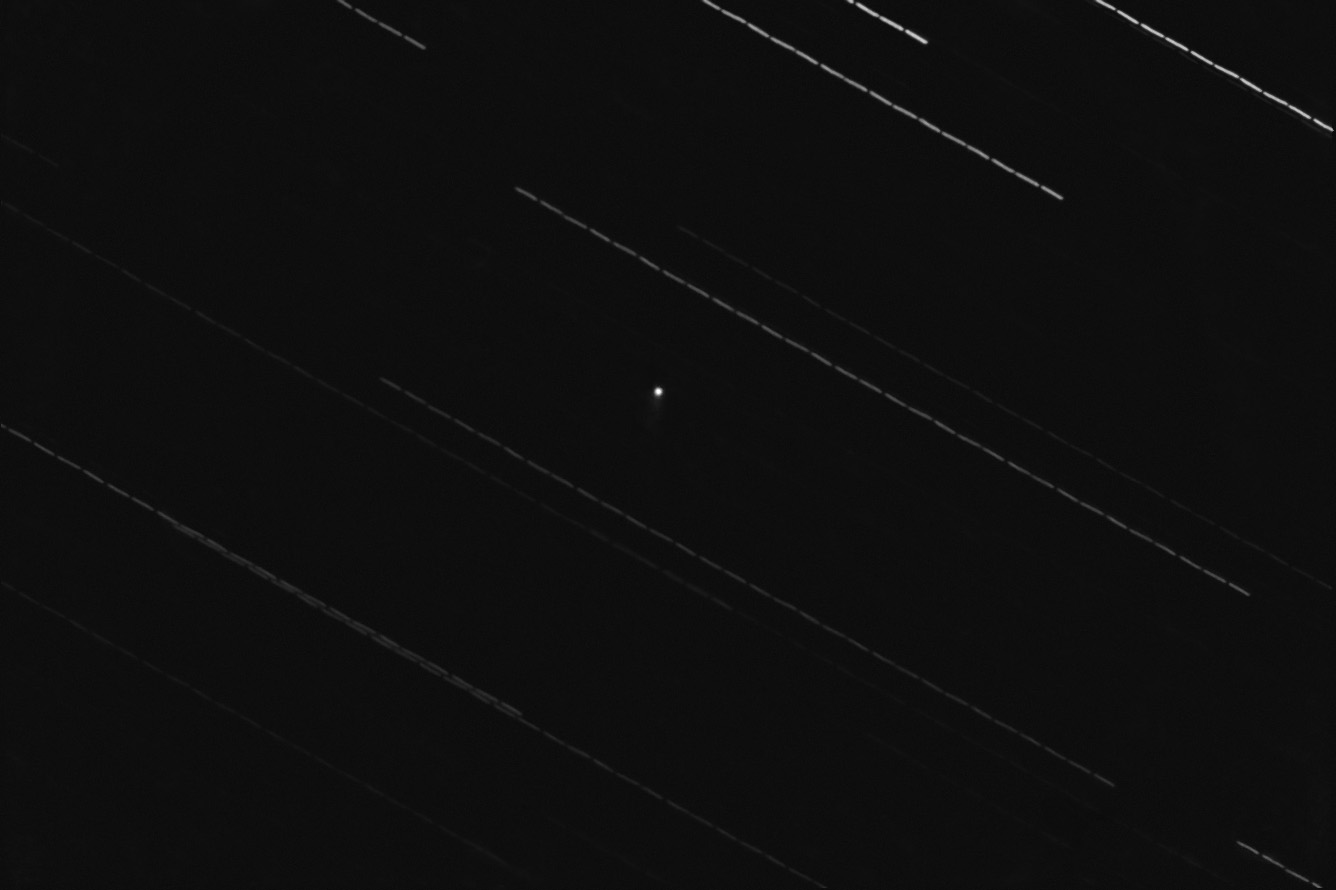 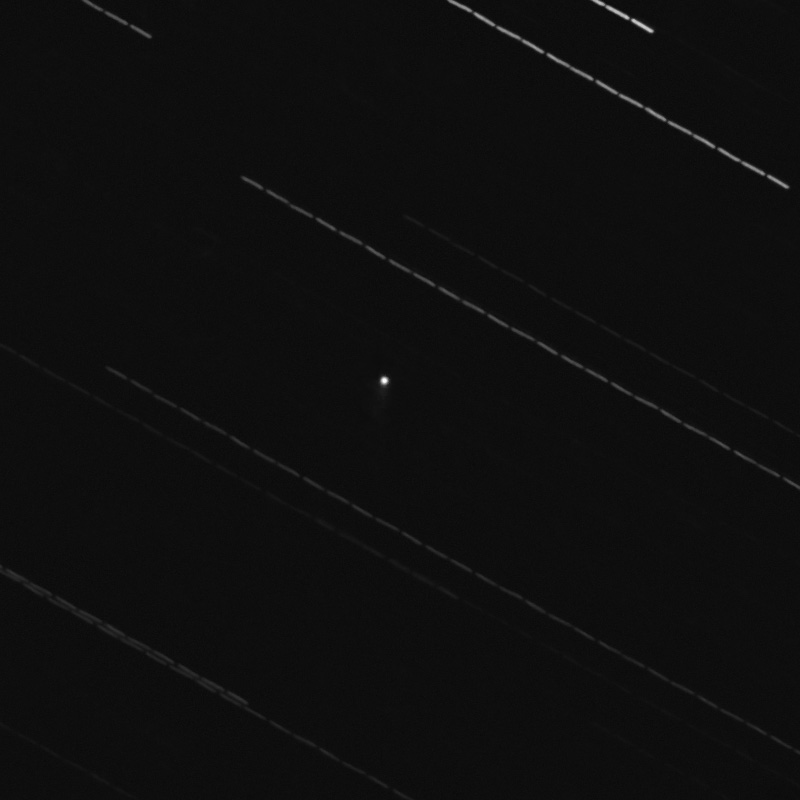