Palomar 1 is in Cepheus about 36 thousand light-years from us and 56,000 light-years from the center of our galaxy. It was discovered by George Abell in 1954 on the original Palomar Observatory Sky Survey plates. Some catalogs show it as a galaxy. The CGCG has this to say about it: \"Highly resolved blue pygmy galaxy with possibly compact red nucleus and possible spiral structure. Estimated m(pg) = 17.2.\" The got the magnitude right but little else. At 79.6 degrees north declination it is one of the most northerly globulars known as most cluster around the core of our galaxy which is well below the celestial equator. In fact, most are too low for me to image from my latitude.

Most globulars are thought to date back to the origin of our galaxy some 10 billion years ago. Palomar 1 is an exception with an age of somewhere between 6.3 and 8 billion years. So it is a young globular. Also, its stars are not very tightly packed and unusually faint. One paper gives three possible reasons for this. \"... (A)s gas clouds that survived in the halo after the Milky Way\'s formation, later to form stars; as captured intergalactic star groups; or as cannibalised dwarf galaxies.\" Seems to me the latter is most likely given its very high declination. Though it is well within our galaxies halo in which most true globulars reside. http://iopscience.iop.org/1538-3881/115/2/648/pdf/960336.web.pdf

The weather was again a nasty to me. I had planned on doubling my usual frames in hopes of picking out the IFN in the area. But clouds caused the second round to be a near total loss. Only the initial blue frames were usable due to clouds. I didn\'t discover this until I went to process it a year later. So the IFN is only hinted at and devoid of color as what color I got of it was just too noisy to use. The odd hints of background irregularity is due to the severely underexposed IFN rather than gradients or bad flats. 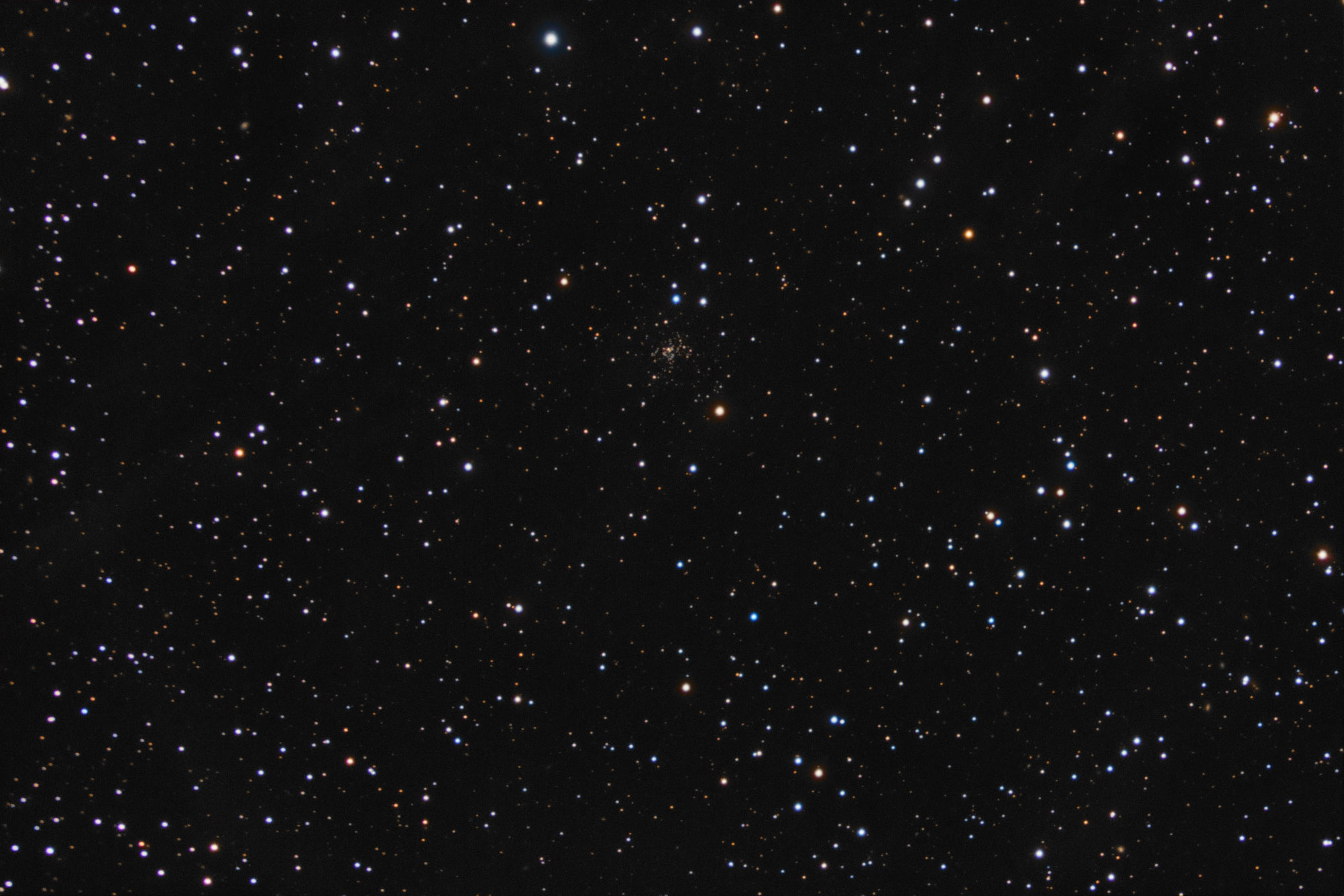 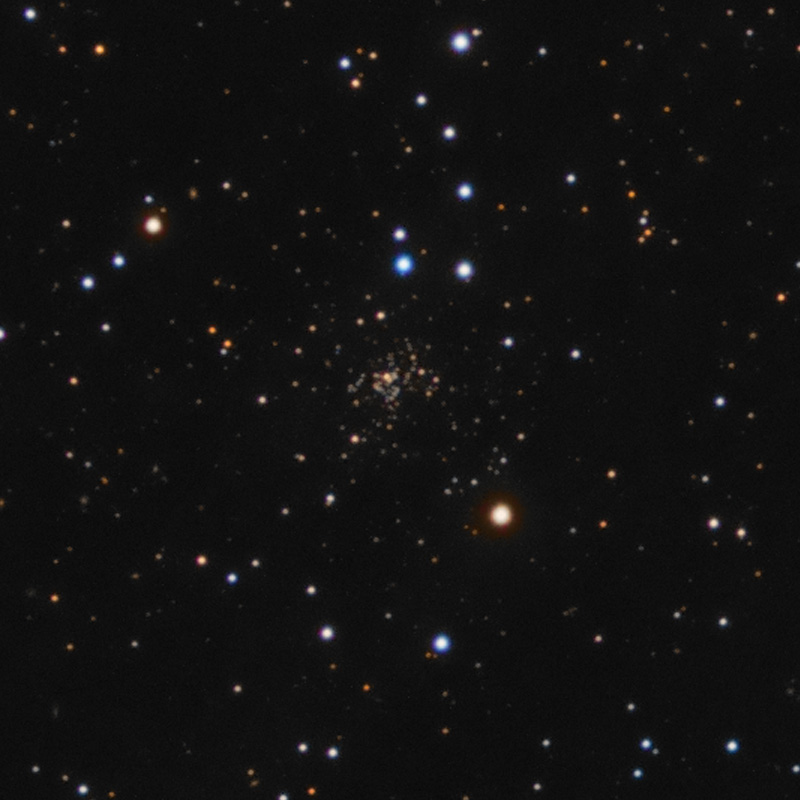