The Pegasus II galaxy cluster is anchored by three NGC elliptical-like galaxies, NGC 7499 classified by NED as SA(s)^0^, NGC 7501 E1 and 7503 E2, all three are listed as being Bright Cluster Galaxies. All three were discovered by Albert Marth on September 24, 1864. The cluster is located a bit over a half billion light-years from us. NED describes the cluster as being 68, minutes across 4 times the size of my field. They list it as having 175 members and fitting Zwicky\'s Compact classification.

In my annotated image I listed the redshift distances of all galaxies NED had redshift data for. I probably should have listed only those not a cluster member and saved a lot of time but as there were some background galaxies that appeared virtually identical to the much closer group members I ended up listing all of them. Though most only had designations at NED that were their position which made their names very long. So long they\'d often overlap. So I just used G for galaxy followed by the distance unless they had a shorter catalog name. 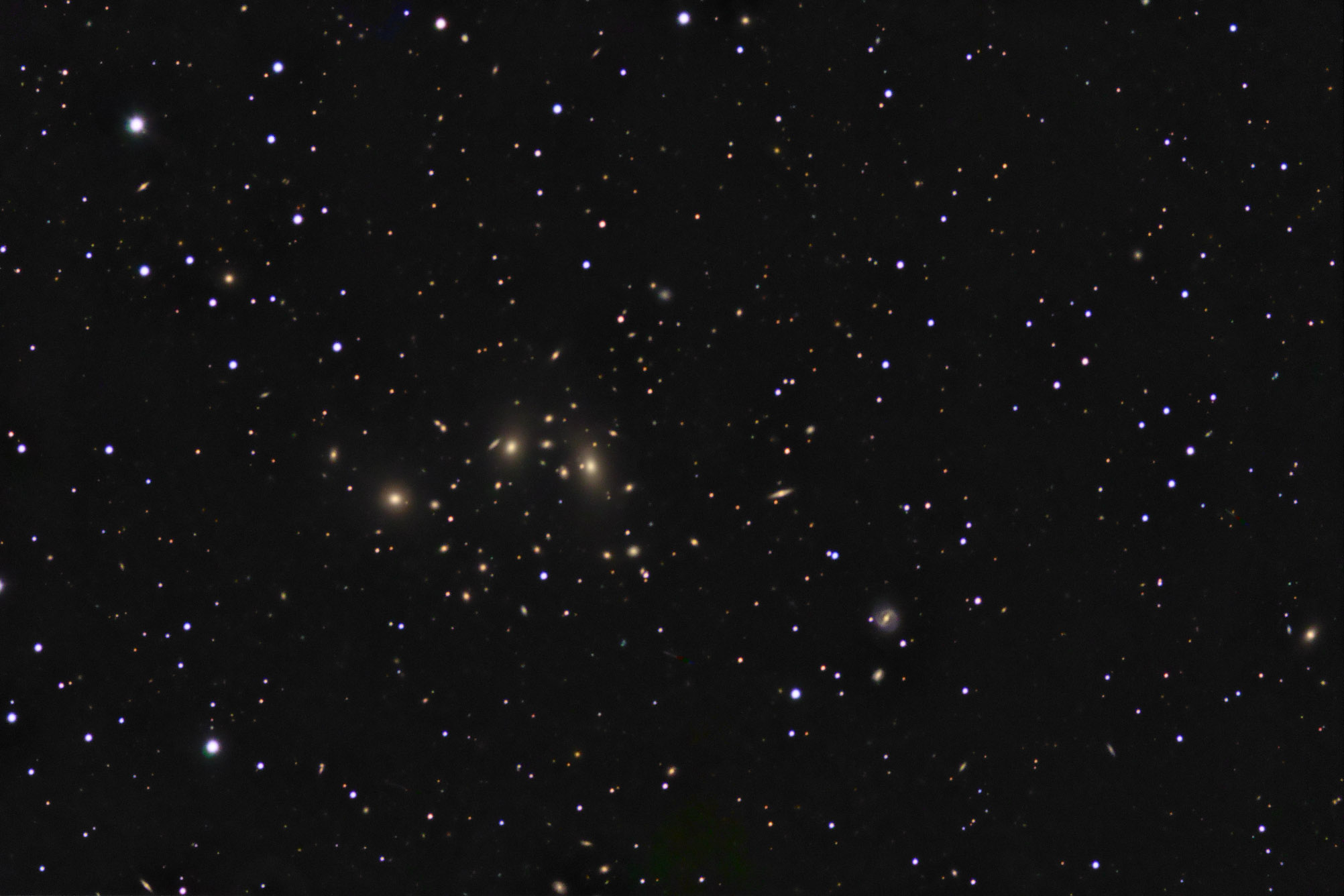 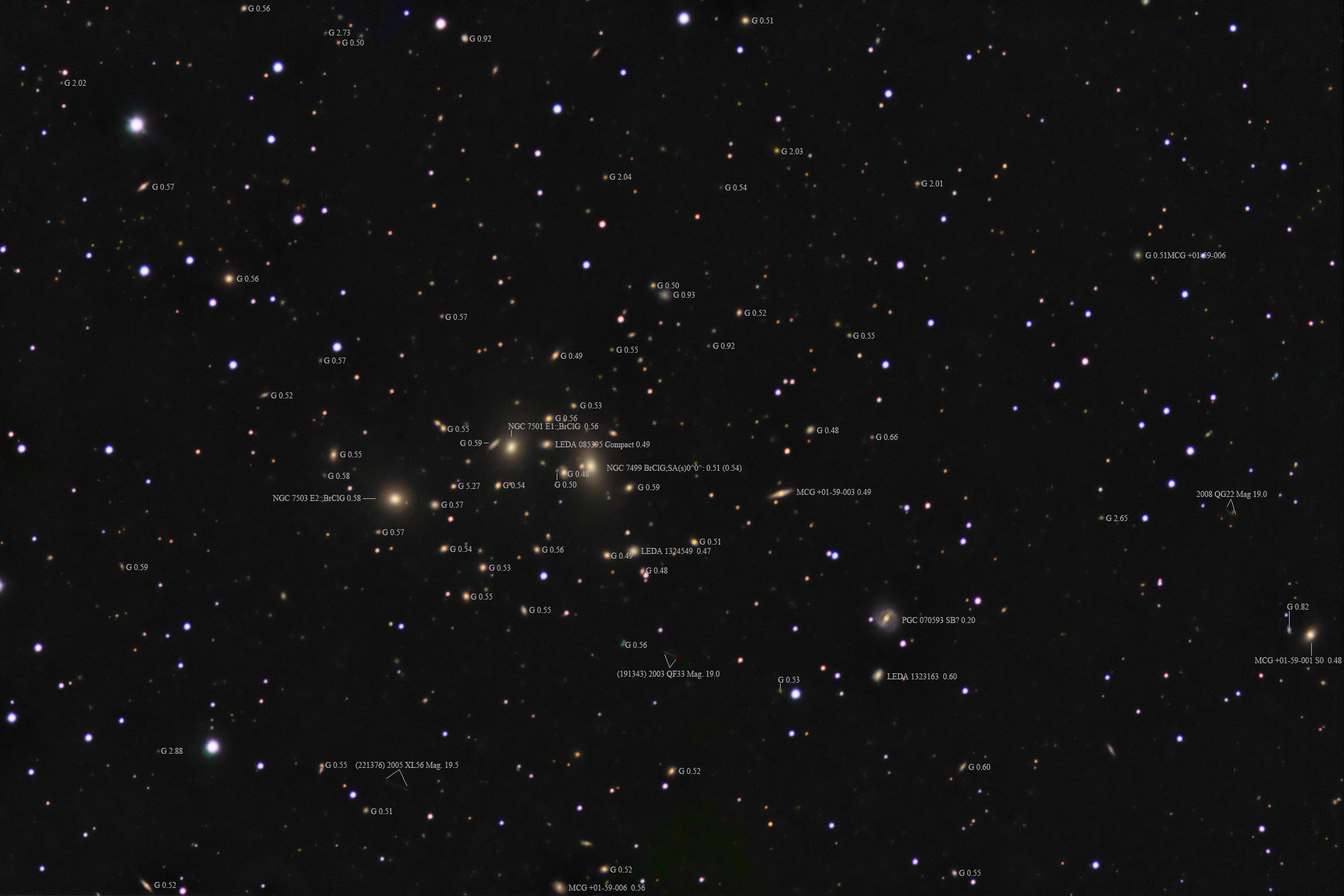