UGCA 86/PGC 14241 is a nearby Im galaxy likely part of the Maffei 1 group of highly obscured galaxies. It is located only 1.5 degrees southeast of IC 342. One paper indicates UGCA may be tidally interacting with IC 342. It certainly is a distorted looking affair. Discovered first (it has been independently rediscovered a couple times since then) in 1974 it is described by the UGCA in 1974 as \"...several regions visible on red POSS; probably connected; intragalactic object?\" So at that time, it wasn\'t certain this was even a galaxy. Being so obscured its true appearance may be rather different from what is seen in optical images. Some areas are quite reddened by dust while others still somewhat blue. Are these blue regions less reddened or is the color difference real? I suspect both might be involved. NED has a wide range of distance estimates using various means. They range from 2.6 million light-years to 14.3 with a median value of 8.6 million light-years. The generally accepted distance to IC 342 is 10 million light-years which would also be the distance to UGCA 86 if it is interacting with it. Heavily obscured galaxies like this one are very hard to study! For example, NED shows the core object in the bright blue region in the southeastern part of the galaxy as VII Zw 009, a galaxy but then notes: \"This may be part of the galaxy UGCA 086.\" The galaxy seems fairly large the part I can see in my raw data measures out at 9.7 minutes across. At 10 million light-years that is about 28,000 light-years across. It isn\'t as big as it looks being so close. Typical for an irregular galaxy so we may be seeing much of its extent.

The only other galaxy in the image worth pointing out is HFLLZOA L090. It is to the east-southeast of UGCA 86 and has a very large but faint red disk around a bright core region. Redshift puts it at 110 million light-years. That makes it only about 40,000 light-years across. How much we don\'t see due to dust in our galaxy blocking the view I don\'t know. NED classifies it as U whatever that means. I asked NED what they meant but never got a reply. Since I\'m picking this one up at 11 times the distance of UGCA 86 it makes me wonder if UGCA 86 is all that heavily obscured or is HFLLZOA L090 a really bright galaxy that would be fantastic if not for being heavily obscured? The truth likely lies somewhere in between these two options. 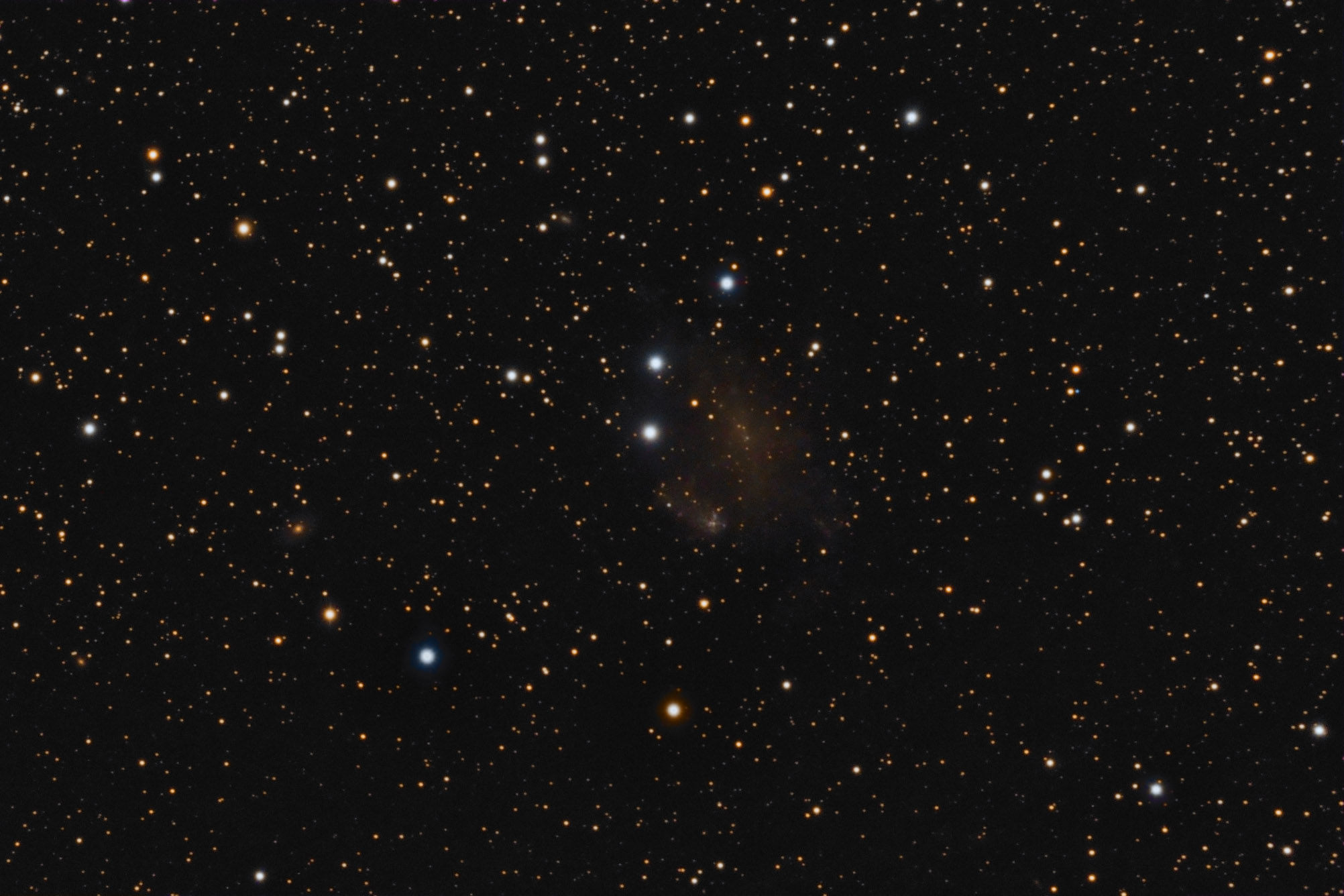 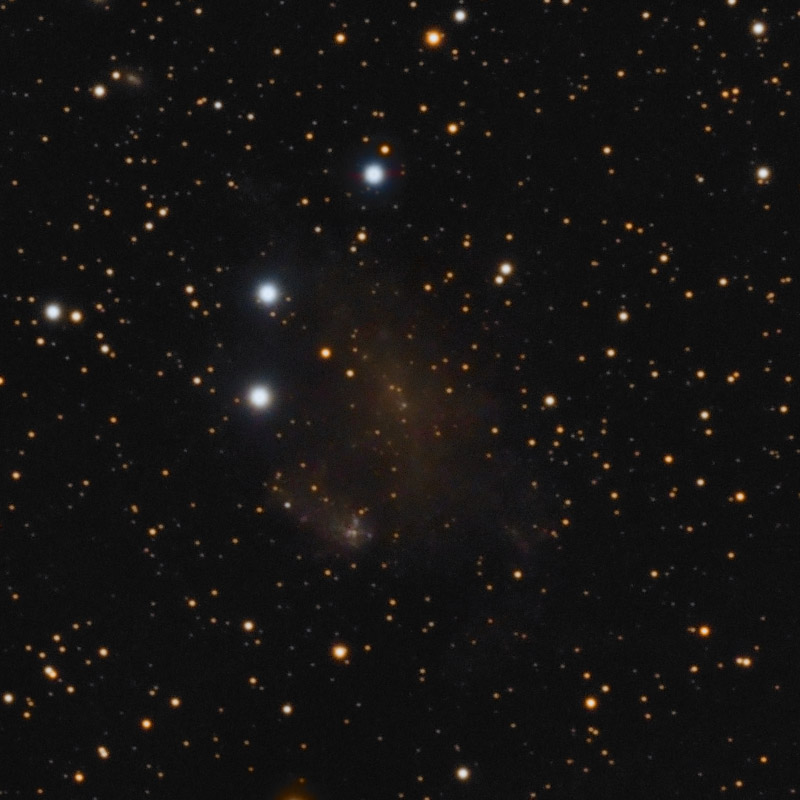