With DDO 005 I seem to have entered my \"Dark Period\". Here\'s another one with little in the way of background galaxies. Though in the case of DDO 005 it was due to such poor conditions they didn\'t make it through the gunk of our atmosphere. In the case of UGCA 92, it is the gunk of our galaxy that is the culprit.

UGCA 92 is a member of the highly obscured Maffei group. It is located in Camelopardalis (a giraffe rather than a camel though I see neither in its pattern of faint stars) some 6.5 million light-years away. Distance to this obscured object is very difficult to determine. This is a very approximate value, In any case, it is very nearby. Redshift at such close distances is useless. In fact, it is blue shifted. NED has 6 different distance estimates listed which range from 2.6 to 10.1 million light-years with a median value of 6.5. It is classed as Im? which is an irregular of the Magellanic type, maybe. Just not enough is seen through the gunk.

NED lists 11 other galaxies in my field, none with even magnitude estimates let alone redshift data. All are from the 2MASS survey. Looking closely I see far more in the image. Apparently, they weren\'t bright enough at 2 microns to make the survey. The lack of galaxies is, of course, due to the heavy extinction in this part of the sky. The field isn\'t far from the Heart and Soul Nebulae to give you an idea how obscured this area is. 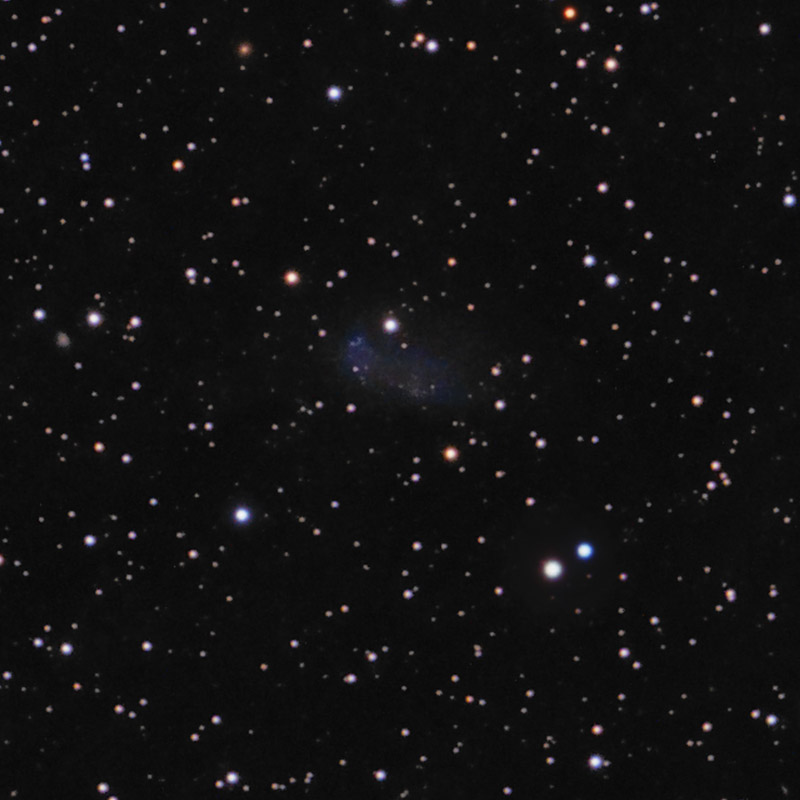 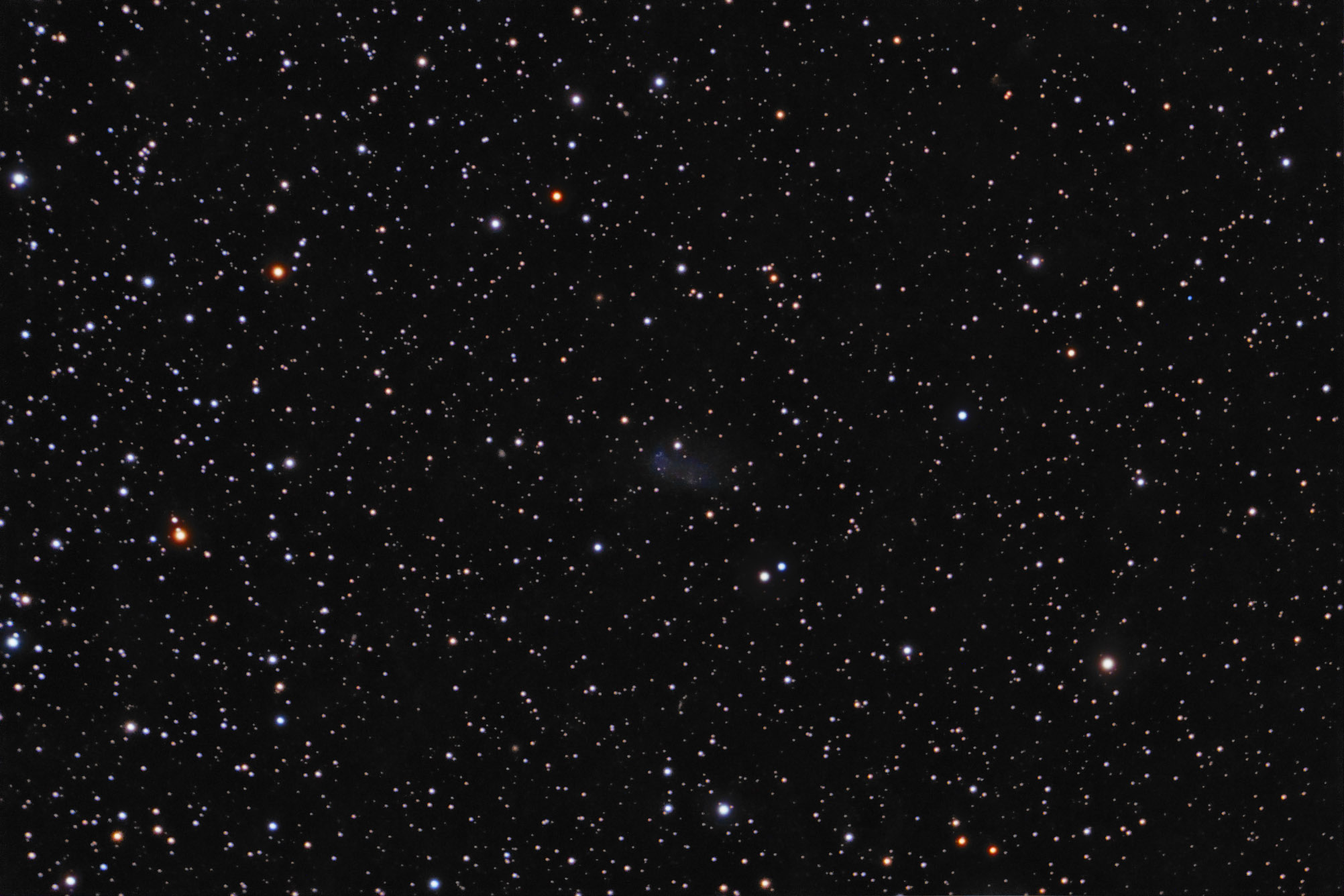